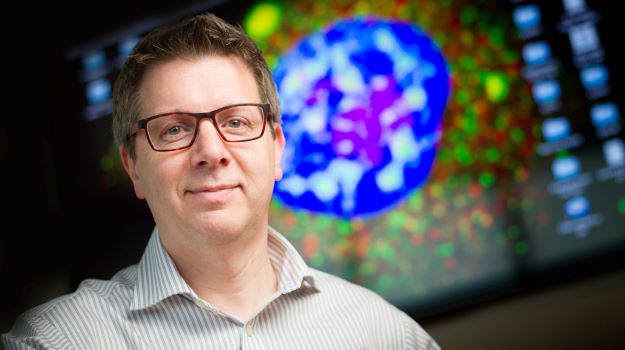 They’re tiny, complex, and microscopic, but biomolecular condensates could hold the key to unlocking a number of the neurological diseases that have baffled researchers the longest.

Condensates are membraneless, subcellular organelles that are “largely a protein and RNA complex that form in response to the various triggers that the cell might get,” Philip (Phil) Vickers, Ph.D., president and CEO of Faze Medicines, told BioSpace.

“It’s an area that has been known for a number of years, but only in the last probably four or five has it become recognized that these might be related to disease and that they might be targets for the treatment of disease,” Vickers said, adding that there is increasing evidence that condensates are associated with a fundamental regulatory mechanism within cells for controlling processes.

Faze Co-founder Dr. J. Paul Taylor, M.D., Ph.D., attests that a specific type of condensate, called the stress granule, is at the root of many neurological diseases, including amyotrophic lateral sclerosis (ALS), frontotemporal dementia (FTD), and inclusion body myositis (IBM). This was the basis on which Taylor and three co-founders formed Faze, which officially launched in December 2020 with $81 million in Series A financing.

Faze is working to find out what exactly is in a condensate, what regulates the dynamics of the condensate, and then identify specific targets for drugs aimed at reversing the changes that lead to disease. While the company began with a dedicated focus on ALS, it is now branching out into oncology, where Vickers said different condensates are at play.

To accomplish this, Faze is bringing in a legion of experts who will study various areas of condensate biology, conducting cell imaging to “actually see condensates form and break apart in response to various things” and patient-derived cells so they can see how this happens in real-time.  They have already identified specific drug targets and run drug screens to identify molecules that bind to those targets. This is all the foundation by which Vickers plans for Faze to become “the world’s leading biomolecular condensate company focused on drugs.”

Taylor, an investigator at Howard Hughes Medical Institute and chair of the cell and molecular biology department at St. Jude Children’s Research Hospital, got involved in the field due to his work in tracking down the disease mutations found in families with ALS and frontotemporal dementia.

He explained that these mutations were “landing in regions of proteins that would not have been predicted to be even functional, much less involved in driving for a disease because they were intrinsically disordered.” When Taylor’s team purified these proteins, they found that they would spontaneously assemble into liquid droplets, undergoing phase separation.

There is a general understanding that processes like the production of energy and DNA replication or RNA transcription are compartmentalized in certain areas like the mitochondria and nucleus. “Condensates,” Taylor said, “are an appreciation that there is a far more complex set of organization that is imposed on the cell, and membranes do not mediate it. It’s actually driven by this biophysical process of phase separation.”

Taylor explained that phase transitions occur when a change in state leads to a change in matters, such as water vapor becoming water droplets when the temperature drops. The type of transition most relevant in cell biology, he said, is phase separation, which is synonymous with de-mixing. Condensates are complex assemblies that form spontaneously and self-organize through this process of de-mixing.

He added that condensations are responsible for organizing signaling molecules at the synapse and separating RNA into different compartments to aid in RNA processing, like splicing and trafficking distally down neurons where they undergo local translations to make proteins locally.

“This condensation is critically important to function,” he said. “The way that we’ve learned about condensation, a lot of this arises through tracking down the consequence of disease mutations.”

Nearly 10 years ago, Taylor’s lab identified two families stricken with a familial form of ALS. The puzzling aspect was that the members did not harbor any known genetic mutations.

“With these two families, the genetic mutations occurred in these two RNA-binding proteins that were nearly identical, and the mutations landed in what I call a low-complexity domain. When this protein exists inside a cell, the RNA recognition motif folds into a three-dimensional structure,” Taylor said. Scientists had always believed this was the critically important part of those proteins. The tails also making up the protein were not folded into a three-dimensional structure, so it had always been assumed that they weren’t functional—because structure equals function.

The question was, what exactly does this low-complexity domain do?

“This was a totally new idea,” he said. “Rather than encoding a three-dimensional shape, the sequence of the IDR (aka low-complexity domain) contributes to function by encoding weak multivalent interactions that can contribute to condensation. This discovery greatly animated the field since IDR segments are present in more than one-third of the proteome. Thus, it suddenly became apparent the LLPS could be a broad governing strategy in cell biology.”

In 2009, two scientists named Anthony Hyman and Clifford Brangwynne had put together another piece of the puzzle, showing that germ granules assemble through condensation, a phenomenon now known to be broadly applicable to RNP granules in general. Hyman, of the Max Planck Institute of Molecular Cell Biology and Genetics in Dresden, Germany, and Brangwynne, of Princeton University and the Howard Hughes Medical Institute, were honored with the 2021 HFSP Nakasone Award for the recognition of this new state of biological matter.

However, the molecular details remained obscure until 2015, when Taylor and his co-authors discovered that IDRs in RNA-binding proteins mediate LLPS.

Taylor explained that insight into the logic underlying complex condensation is of fundamental importance to Faze’s development strategy as “elaboration of the underlying network of interactions that drive condensation provides a set of instructions for how to manipulate a given condensate for therapeutic purposes.”

Fast-forward six years, condensate biology is clearly gaining traction as a path to drug development. Faze counts Novartis, Eli Lilly and AbbVie among its investors, and to support all this innovation, Faze, currently a company of 28, expects to hit the 40-employee mark by the end of 2021 and expand its Cambridge facility.

Faze will also be working with companies in the proteomics, genomics and artificial intelligence (AI) spaces, as these technologies are instrumental to linking condensates’ function and disease genetics.

And Faze is not alone in this evolving space. Dewpoint Therapeutics, founded by Hyman and Richard Young, of the Whitehead Institute, launched in January 2019 to discover condensate modulators (c-mods) uniquely designed to hit condensate targets and reverse condensatopothies by restoring healthy condensate properties and function. The company, which has partnerships with Pfizer, Merck, Bayer and Volastra Therapeutics, is focused on the oncology, neuromuscular, virology and cardiopulmonary spaces.