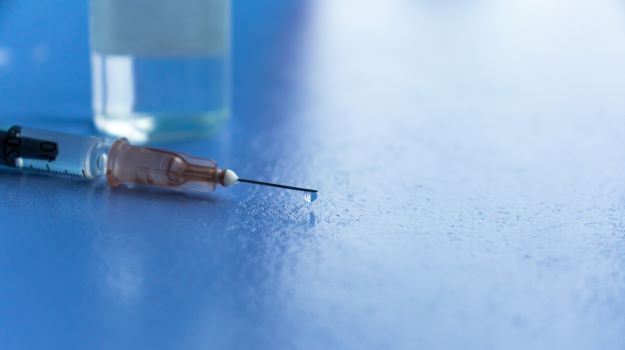 Based in Jupiter, Fla., X-Vax Technology is preparing to submit an Investigational New Drug (IND) application to the U.S. Food and Drug Administration (FDA) for its experimental herpes vaccine against herpes simplex virus 1 and 2 (HSV-1 and -2).

The World Health Organization (WHO) indicates that about 500 million people worldwide have genital herpes, with 13% between the ages of 15 to 49, and a few billion more have oral herpes infection. Genital herpes is also linked to a two- to three-fold increased risk for HIV. In newborns, it can result in brain damage, blindness, and death. In infants, there is a 60% fatality rate without treatment.

Although the COVID-19 pandemic and resulting mass funding and authorization of a handful of effective vaccines against it, the vaccine market is a tough one to enter, with razor-thin profit margins.

The company has a slightly different approach to vaccines. Typically, processes involve stimulating the body to produce neutralizing antibodies. For example, in COVID-19, the Pfizer-BioNTech and Moderna vaccines use mRNA to code for a portion of the SARS-CoV-2 virus’s spike protein, which trains the immune system to recognize the virus and attack it if it sees it again.

Other COVID-19 vaccines use similar approaches to train the immune system to recognize the virus. This is a strategy that has not had much success against HSV.

X-Vax's Approach Regarding Their Herpes Vaccine

X-Vax’s approach is to eliminate the immunodominant protein found on the virus's surface that those other researchers have focused on developing a reaction against. They believe that it would stimulate the body to produce different and more effective antibodies by deleting a gene from the virus.

The herpes vaccine candidate is dubbed delta gD-2 and is built on an HSV-2 virus with a genetically deleted glycoprotein D (gD-2). In preclinical models, it has prevented infections caused by HSV1 and HSV2.

“We believe that delta gD-2 may be more promising than other previous herpes vaccine candidates because it elicits a different type of immune response against HSV-1 and HSV-2 that is more effective in preclinical models at clearing virus and preventing the establishment of latency," William Jacobs, co-investor and professor of Microbiology & Immunology at Albert Einstein College of Medicine, said.

The company has brought on two top vaccine experts to its executive team to develop the herpes vaccine, Kip Wolf and Katalin (Kati) Abraham. Wolf is Head of Technology Operations & Portfolio Management. Prior to running a management consulting business in vaccine launch and GMP manufacturing, he worked at Wyeth before its merger with Pfizer and for Merck after the Schering merger.

“A very small percentage of development projects make it to the clinical stage, and an even smaller percentage see the light of commercialization," Wolf says. "The technology matters, and a lot of the failures have to do with people not understanding true development space. What we have here is a combination of people with deep commercial experience, so we’re beginning the IND stage with the end in mind.”

Abraham says she gained a lot of experience in negotiating IND filings for vaccines in big pharma and in biotech. “That’s not to say that I know how the FDA thinks; that would be arrogant. But I do understand how they approach things and how to build an effective professional relationship with them.”

Therefore, we can hope that soon the world will get a herpes vaccine to cure HSV-1 and HSV-2.