Will GSK/Tesaro’s Checkpoint Inhibitor Be Able to Compete With Merck’s Keytruda? 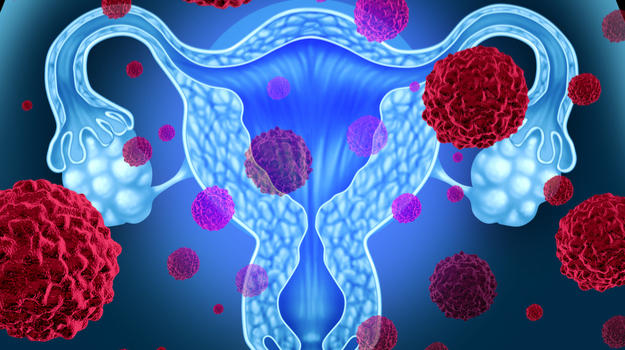 Only a few months after GlaxoSmithKline acquired Waltham, Mass.-based Tesaro, Tesaro released promising data from its Phase I/II GARNET study of dostarlimab in endometrial cancer. An anti-PD-1 antibody checkpoint inhibitor, many are looking to dostarlimab as being a potential competitor with Merck’s blockbuster Keytruda.

Tesaro and GSK presented data from the trial at the 2019 Society for Gynecologic Oncology (SGO) Annual Meeting on Women’s Cancer in Honolulu, Hawaii. The ongoing Phase I/II GARNET trial evaluated dostarlimab alone in patients with advanced solid tumors. It has a number of components, including a weight-based dose escalation study and a fixed-dose safety study, both of which are completed. Part 2B of the trial includes four expansion cohorts, MSI-H endometrial cancer, MSI-H non-endometrial cancer, MSS endometrial cancer, and non-small cell lung cancer.

The data presented was in women with recurrent or advanced endometrial cancer who progressed on or after a platinum-based treatment. The preliminary data shows clinically meaningful and durable response rate in these patient populations regardless of microsatellite instability status. It also showed that dostarlimab was well tolerated with a safety profile consistent with anti-PD-1 therapies.

“Currently, treatment options for women with advanced or recurrent endometrial cancer are limited, with only one FDA-approved agent for a subset of these patients,” stated Mary Lynne Hedley, president and chief operating officer of Tesaro. “We intend to use these and other data from the GARNET study to seek regulatory approval of dostarlimab to potentially address the critical unmet treatment needs of women whose disease has progressed.”

Endometrial cancer is the most common gynecologic cancer in the U.S. Treatment options for women whose diseases progressed on or after first-line therapy is very limited. These types of cancers are classified as microsatellite stable (MSS, about 75 percent) or microsatellite instability-high (MSI-H, 25 percent). There is only one approved treatment in the recurrent endometrial cancer setting for the patients with MSI-H tumors and no approved treatments for patients with MSS EC that came back after platinum-based chemotherapy.

In the trial, 125 patients were analyzed, 41 MSI-H and 79 MSS, as well as 5 with an unknown MSI status. The patients received dostarlimab at 500 mg once every three weeks for 4 doses, followed by 1,000 mg once every 6 weeks until disease progression.

Treatment with dostarlimab alone showed clinically meaningful response rate in recurrent or advanced EC for patients who progressed on or after platinum therapy regardless of MSI status. Per irRECIST, which stands for Immune-related Response Evaluation Criteria In Solid Tumors, a set of rules to assess the effect of immunotherapeutics, overall response rates in the full population were 30 percent, for the MSI-H population 39 percent, and 20 percent for the MSS population.

Last year, Merck’s Keytruda brought in more than $7 billion. The global oncology drug market for 2018 was around $77 billion and is estimated to hit $196 billion by 2026, with immuno-oncology therapies accounting for much of that growth.

Keytruda was approved in 2014 and has picked up 15 approvals in 10 different types of cancers.

The Tesaro findings for dostarlimab are comparable to the response rates for Keytruda.

Martin Huber, Tesaro’s chief medical officer, told the Boston Business Journal, “At this point in time, with data in both lung and endometrial cancer, we believe it’s at least as good as pembrolizumab (Keytruda). We can’t make superiority claims yet. We don’t believe we need to be superior.”

“This is where the acquisition is really good for us,” Huber explained. “It gives multiple internal agents to pair.”