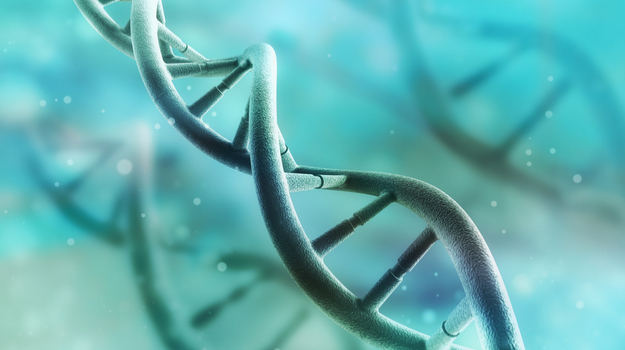 List of the best genome sequencing companies by there revenue.(Original publication date: April 18, 2019)

DNA sequencing, or gene sequencing, is a method of determining the nucleic acid sequences in DNA. DNA is made up of four nucleotides, adenine (A), thymine (T), cytosine (C) and guanine (G). In the double-helix structure of the DNA molecule, A always pairs with T and C always pairs with G. These code for the proteins of all living things, including people. There are some of the  best genome sequencing companies in the industry that are taking gene sequencing very seriously.

The gene sequencing industry has really taken off in the years since the Human Genome Project’s rough draft was announced in June 2000. Shortly after the projected was completed, the industry was challenged to develop a method to sequence an individual’s genome for $1,000. As an example of how far this has come, in 2007, biotech company Knome offered the first direct-to-consumer genome sequencing services at $350,000. In 2010, Illumina offered individual genome sequencing to consumers at an initial price of $50,000 per person.

Although there is some potential argument about exactly which company first produced a complete genome sequence for under $1,000, Illumina was typically given that credit in 2014 for its HiSeq X10 system, although initially, the price of the instrument itself ran about $1 million (if you bought 10). Life Technologies is sometimes credited for its Ion Proton Sequencer and Veritas Genetics was offering sequence analysis for about $1,000.

Regardless, it’s a booming business, with gene sequencing become an integral process in many areas of clinical diagnostics and is the primary technology underpinning the burgeoning field of liquid biopsy tests. Now the race is on to drive the cost down to $100 or even lower.

Here's a look at the top 10  best genome sequencing companies by revenue.

#1. Illumina. Headquartered in San Diego, Illumina reported revenues of $3.333 billion in 2018 which made it one of the best genome sequencing companies. Its chief executive officer, Francis deSouza, told analysts at the JP Morgan 37th Healthcare Conference that it expects to get the cost of sequencing down to $100. In March 2019, Illumina and the Lundbeck Foundation GeoGenetics Centre at the University of Copenhagen, Denmark, partnered to study the relationship between neurological and mental disorders and infectious pathogens.

#2. Thermo Fisher Scientific. Based in Waltham, Mass., Thermo Fisher’s focus on gene sequencing is a relatively small percentage of its overall revenues, or about 2%. In 2018, that represented about $418.36 million. And in January 2018, the company launched a benchtop product line for next-generation sequencing (NGS), the Ion GeneStudio S5 Series. NGS falls inside its life sciences solutions segment, which in 2018 made up $6.269 billion of its total revenue of $24.358 billion.

#3. BGI Genomics. Located in Shenzhen, Guangdong, China, the company was formed in 1999 to participate in the Human Genome Project. The company hasn’t reported full-year 2018 revenue yet (it is scheduled for April 25), but its most recent four quarters indicated 18% growth from the $311.607 million reported in 2017. It is among the  best genome sequencing companies in China. On March 11, 2019, the company announced plans to commercialize Natera’s Signatera molecular residual disease (MRD) test in China.

#4. Agilent Technologies. Headquartered in Santa Clara, Calif., Agilent is a leader in laboratory equipment, including NGS. In 2018, it indicated about $250 million in annual revenues related to the NGS products. That accounts for 26.5% of the $943 million in 2018 revenue its diagnostics and genomics group (DGG) reported. In the February 20, 2019, first-quarter financial report, chief executive officer Mike McMullen told analysts, “Our NGS-related business again grew double digits in this quarter.”

#5. 10X Genomics. Based in Pleasanton, Calif., 10x reported $146 million in revenues in 2018. In December 2018, the company acquired Stockholm-based Spatial Transcriptomics, a leader in the field of spatial genomics. The company has also acquired Epinomics in August 2018, which focuses on epigenetics, and introduced a new line of products. These acquisitions made it jump among the  best genome sequencing companies.

#6. QIAGEN. Headquartered in Hilden, Germany, QIAGEN provides sample and assay technologies for molecular diagnostics, applied testing, and academic and pharmaceutical research. It operates more than 35 offices in over 25 countries. On April 12, the company launched its novel therascreen FGFR RGQ RT-PCR Kit in the U.S. as a companion diagnostic for Janssen Biotech’s Balversa (erdafitinib). Janssen is a Johnson & Johnson company. In 2018, QIAGEN’s NGS sales were $140 million, projected to hit $190 million this year.

#7. GENEWIZ (Brooks Automation). This is another one of the  best genome sequencing companies, located in South Plainfield, NJ, the company was acquired in November 2018 by Brooks Automation, a global leader of automation and cryogenic solutions for life sciences and semiconductor manufacturing. The company’s first-quarter 2019 financials show that GENEWIZ has generated $33 million in the quarter, with $16 million under Brooks ownership. That’s about a 20% year-over-year increase, with 30% by NGS and 15% by Sanger sequencing growth.

#8. MACROGEN. Macrogen is a South Korean company with U.S. headquarters in Rockville, Md. In 2018 it brought in $97.066 million in revenues. More importantly, by the end of 2018, it was accredited by the Clinical Laboratory Improvement Amendments (CLIA) for its NGS clinical labs in Seoul, South Korea, and at Bundang Precision Medicine Center. They are the first Korean clinical laboratories to achieve CLIA accreditation, which allows them to perform clinical laboratory testing in the U.S. In a December 20, 2018 statement, Kap-Seok Yang, the company’s chief executive officer, stated, “This gives us an advantage in building genome big data with medical institutions throughout the world.”

#9. Pacific Biosciences of California (PacBio). It stands firm with the  best genome sequencing companies in the industry. Based in Menlo Park, Calif., PacBio was founded in 2004. It develops and manufactures gene sequencing systems. In November 2018, Illumina acquired PacBio for $1.2 billion. On April 2, 2019, the company announced a retrospective study with scientists at the Anthony Nolan Research Institute in the UK demonstrated that ultra-high-resolution HLA typing using PacBio sequencing identified stronger matches associated with improved survival rates among patients receiving hematopoietic cell transplants. PacBio reported $78.626 million in revenues in 2018, which was actually about a 16% drop from the previous year.

#10. Oxford Nanopore Technologies. Headquartered in, appropriately enough, Oxford, UK, Oxford Nanopore reported $18.1 million in revenues in 2017. In 2018 it reported two financing rounds, $65.6 million in October and $131.2 million in March. On April 16, the company announced that its PromethION 38 (P48) system achieved 7 Terabases in a single experiment. It was part of an internal program to validate the new equipment in advance of shipping to early users in May. External users will attempt to replicate the results.

So, these were the 10  best genome sequencing companies by their revenue in the life sciences industry.