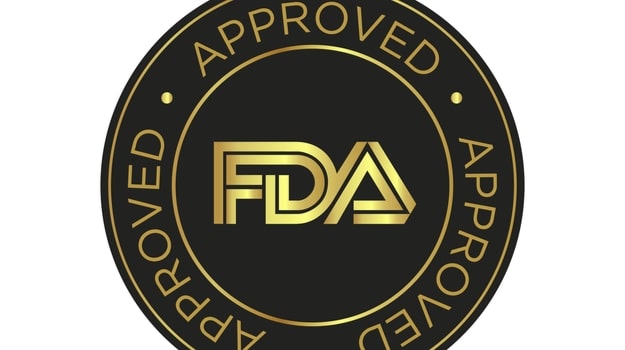 Genentech, a Roche company, announced the U.S. Food and Drug Administration (FDA) had approved its Evrysdi (risdiplam) for spinal muscular atrophy (SMA) in adults and children two months of age and older. This marks the third drug approved for SMA, behind Biogen’s Spinraza and Novartis’ Zolgensma.

SMA is a severe, progressive neuromuscular disease that can be fatal. It affects about one in 10,000 babies and is the leading genetic cause of mortality in infants. The disease can lead to the loss of physical strength, ability to walk, eat or breathe. Until these therapies were approved, most died before the age of two years. It is caused by a mutation of the survival motor neuron 1 (SMN1) gene, which causes a deficiency of SMN protein, which is required for the function of nerves that control muscles and movement.

Evrysdi demonstrated improvement in two clinical trials in people of varying ages and levels of disease severity, including Types 1, 2 and 3 SMA. In the trials, infants receiving the drug were able to sit without support for at least five seconds, which is viewed as a key motor milestone that most do not normally achieve in the natural course of the disease. The drug improved survival without permanent ventilation at 12 and 23 months, compared to natural history. The drug is a liquid that is administered daily at home by mouth or feeding tube.

“Given the majority of people with SMA in the U.S. remain untreated, we believe Evrysdi, with its favorable clinical profile and oral administration, may offer meaningful benefits for many living with this rare neurological disease,” said Levi Garraway, Roche’s chief medical officer and Head of Global Product Development. “The strength and resolve of the SMA community has continually inspired us as we developed this first-of-its-kind medicine for SMA, so today we celebrate our collective accomplishment together with them.”

Evrysdi is a survival motor neuron-2 (SMN-2) splicing modifier. It is engineered to increase and sustain SMN protein levels throughout the central nervous system and peripheral tissues. Genentech developed the drug in collaboration with the SMA Foundation and PTC Therapeutics.

Although third to the market, Evrysdi may have at least two competitive advantages. One is price. Spinraza’s Spinraza has a price tag of $750,000 for the first year and Novartis’ Zolgensma has a price of $2.125 million for the first year, which is designed to be a one-time treatment. Spinraza’s price drops to $375,000 per year for the second and following years. Genentech has set Evrysdi’s list price at up to $340,000 annually, depending on the weight of the patient. As such, for some younger patients, the price could potentially be under $100,000.

So far, Biogen’s Spinraza brought in $2.1 billion in 2019 while Novartis’ Zolgensma, which launched last year, brought in $361 million.

The second potential advantage is that Evrysdi can be taken orally at home. Spinraza is an intrathecal injection, meaning an injection into the fluid of the spine, which after an initial starting dose period is given three times a year. Novartis’ Zolgensma is a gene therapy that is given via infusion.

Biogen is in the process of setting up a Phase IV clinical trial in SMA that would determine the benefit of Spinraza in patients who received Zolgensma. The two therapies have markedly different ways of treating the disease.

Zolgensma is a gene therapy that targets the genetic cause of the disease, replacing the function of the missing or nonworking SMN1 gene, which is critical to making the SMN protein. The therapy is a new, working copy of a human SMN gene that is placed inside a viral vector and once in the body, is caught up in the cell’s protein-making machinery to produce the missing protein. The gene does not become part of the child’s DNA.

Spinraza holds an antisense olignonucleotide. Antisense is a non-coding DNA strand of a gene. Oligonucleotides are short single strands of synthetic DNA or RNA. This increases the ability of cells to manufacture functional SMN protein from the SMN2 gene. It acts by binding to the SMN2 messenger RNA (mRNA), covering up the missing piece of the faulty SMN2 gene, allowing the mRNA copied from the SMN2 gene to be full length.

Crystal Proud, a Pediatric Neuromuscular Neurologist at Children’s Hospital of The King’s Daughters in Virginia, and a member of the RESPOND clinical trial steering committee, told BioSpace, “It’s not necessarily that Zolgensma doesn’t work or that it’s not as effective, but in the long-term extension of one of the clinical trials utilizing Zolgensma administration, four of those 10 patients actually chose to pursue treatment with Spinraza. Within the clinical arena, those of us who administer the gene therapy see room for optimizing clinical response. The gene therapy is not a cure, so those patients may still be symptomatic. The question is, can we optimize that outcome and improve their function, their respiratory function, improve their bulbar function by administration of continued Spinraza.”

Of the approval of Genentech’s Evrysdi, Kenneth Hobby, president of Cure SMA, stated, “Throughout their lvies, many people with SMA may lose their ability to perform critical movements, which can impact the ability to independently participate in aspects of daily life and even be life-altering. The approval of Evrysdi is an eagerly awaited milestone for our community. We appreciate Genentech/Roche’s commitment to reflecting the full scope of the real-world SMA population in their clinical trial program and developing a treatment that can be administered at home.”