Genentech's Risdiplam on Track for Approval for Spinal Muscular Atrophy 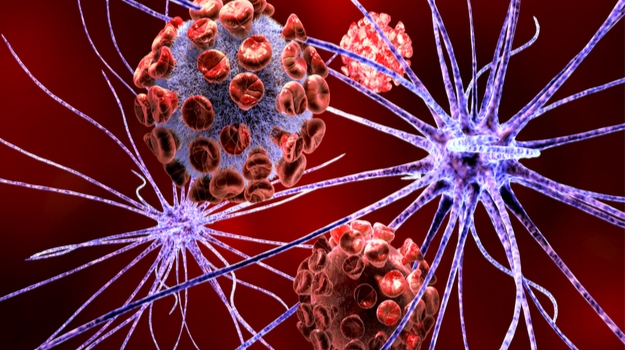 There may soon be another entry into the spinal muscular atrophy (SMA) market. There are currently two therapies available for the disease, Novartis’ gene therapy Zolgensma and Biogen’s Spinraza. Genentech, a Roche company, announced positive topline results from its pivotal Part 2 of the FIREFISH study looking at risdiplam in infants aged 1-7 months with Type 1 SMA.

SMA is a severe, inherited neuromuscular disease resulting in muscle atrophy. It affects about one in 11,000 babies and is the most common genetic cause of infant mortality. It leads to progressive loss of nerve cells in the spinal cord.

Earlier this month, Genentech discussed their probable pricing for risdiplam, whose New Drug Application (NDA) is already submitted to the U.S. Food and Drug Administration (FDA) and has a PDUFA date of May 24. Spinraza is priced at $750,000 for the first year and $375,000 every year afterwards. Novartis’ Zolgensma, which is a one-shot gene therapy, is priced at $2.1 million.

Zolgensma is approved for children less than two years old with SMA that have bi-allelic mutations in the survival motor neuron 1 (SMN1) gene. It is only approved for SMA Type 1, the severest form. Spinraza is approved to treat all forms of SMA.

The primary endpoint of Part 2 of the FIREFISH trial was the proportion of infants sitting without support for at least five seconds at 12 months of treatment. It was assessed via the Gross Motor Scale of the Bayley Scales of Infant and Toddler Development – Third Edition (BSID-III).

Risdiplam is a survival motor neuron-2 (SMN-2) splicing modifier. It is engineered to increase and sustain SMN protein levels throughout the central nervous system and peripheral tissues. Genentech developed the drug in collaboration with the SMA Foundation and PTC Therapeutics.

“This large, global trial confirms the efficacy of risdiplam in an advanced and difficult-to-treat population, including many infants whose disease had already progressed significantly before starting treatment,” said Levi Garraway, Roche’s chief medical officer and head of Global Product Development. “We are very encouraged by these results and we look forward to sharing them with regulators. We also thank the entire SMA community for their continued partnership.”

Analysts project risdiplam could hit $2 billion in annual sales. The company has indicated it plans to offer a price for the drug that is lower than both the Biogen and Novartis’ products.

Michael Nawrath, an analyst with Zuercher Kantonalbank, wrote in a note to investors, “We’re almost certain of its approval,” and predicted the drug could become the standard treatment for patients with the less severe forms of SMA.

Part 1 of the FIREFISH trial evaluated the drug’s safety profile and determined the appropriate dose to be used in Part 2. Part 2 evaluated efficacy. The drug is being studied in a broad clinical trial program. Patients range from birth to 60 years old and includes patients that received other SMA therapies. No new safety signals were observed in Part 2, which was consistent with previous studies. So far, more than 400 people have been treated with risdiplam.