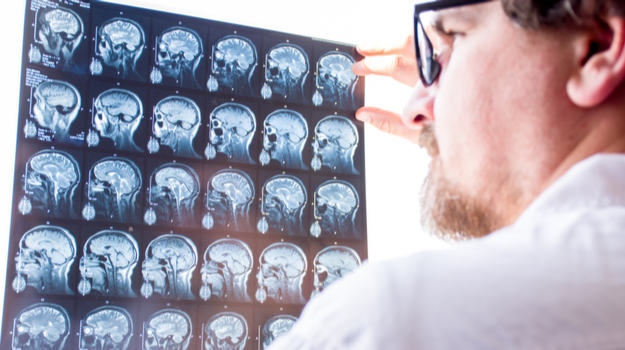 Multiple sclerosis, an unpredictable neurodegenerative disease that impacts the brain and spinal cord, has been an enigma for researchers for years. Despite first being identified in the late 1800s, scientists are still scratching their heads about what causes the disease.

"Once you know the cause of something, you can figure out how to prevent it," he told BioSpace in an interview. "Finding the cause has been the central question."

Sadiq noted three factors that play into the disease. First, there is a genetic aspect associated with who gets MS and who does not. The second factor is the Epstein Barr virus, which he said "plays a role in setting the circumstances so that you can have MS." The third factor deals with the environment, but there's no conclusive evidence yet to say what role it plays.

MS can cause patients to lose mobility, experience numbness or tingling in the body, pain and fatigue.

Sadiq has been working with Tisch Senior Research Scientist Dr. Violaine Harris, Ph.D., on the concept of using cell therapy as a therapeutic strategy to promote repair and regeneration in certain patients with MS. They believe stem cells could help patients regain some of their mobility and strength by repairing the cells affected.

Phase I of the stem cell trial was open-label, without a control group, and was meant to establish safety protocols and tolerability among MS patients.

Between 2014 and 2017, 20 patients with progressive MS were administered mesenchymal stem cell-derived neural progenitor cells (MSC-NPs), which are cells taken from the individual's bone marrow. Those cells were injected into the spinal cord in three separate doses and patients were monitored over the course of the study.

Though the study was not placebo-controlled, results showed that nearly 70% of the patients experienced improvement in disabilities caused by the disease. Harris said the patients who participated in this study had a range of disabilities attributed to MS. Though no one saw a drastic reversal in severe mobile disabilities, the results were still "remarkable," she said.

"Certain aspects regarding quality of life were definitely improved," she said. "Some of those Phase I patients said, 'it changed my life.'”

Sadiq and Harris then got to work on acquiring U.S. Food and Drug Administration approval for a Phase II study involving a larger number of patients.

The criteria for phase II differed from the first phase in that all 50 patients needed to be ambulatory. The study is FDA-approved, double-blind and placebo-controlled. Of the 50 total participants, 40 are considered to have secondary-progressive MS, while the other 10 have primary-progressive MS.

There is a range of disability among the patients and also a range of ages. Before the study began, researchers calculated each patient's EDSS score, which is a universally-accepted measure of patients’ disability on a scale of 0-10. All patients in the study scored between 3 and 6.5; patients with a score at or near 3 are able to walk without assistance, despite some muscle weakness. Patients at a 6 or 6.5 on the scale needed a walker or cane to help with mobility.

Though the study isn't complete, Sadiq said, "unsurprisingly, it appears that the less disabled patients improve more easily than the patients who were more disabled."

This realization is notable because it could mean that, if the study continues to show improvements, stem cells could be used quickly after diagnosis to keep patients from living with a disability or becoming more disabled.

According to the same preliminary analysis reported in April, 30% of all patients saw improved muscle strength. So far, researchers have deduced that the level of disability at the start of the study was the "most important clinical determinant of the patient's outcome."

“This study has found, for the first time ever, a treatment that’s successful in reversing established disabilities in patients who are in the early stages of secondary progressive and primary progressive MS,” Sadiq in the report. "While in the past patients could have experienced loss of mobility and muscle strength each year due to their MS, this stem cell treatment has opened the possibility that such life-altering symptoms may not occur at all if the treatment is administered early in their disease progression."

All 50 patients who participated in the study agreed to have a spinal tap every two months over a two-year period. The autologous cells were injected into the spines of the experimental group and patients were monitored to gauge their reaction to the new potential treatment.

"I am inspired by [the patient's] stories because they understand that it's experimental, they know it might not work," Harris said. "But they're willing to try and if it doesn't work for them, maybe it will work for somebody else."

The study is set to be completed at the end of this year and a complete statistical analysis will be released soon after.

Biomarkers May Hint at Cause

Because a spinal tap is involved with every injection, Harris said the lab has quite a collection of spinal fluid samples from every patient. This collection is allowing researchers to study whether there are certain biomarkers present to indicate why some patients are improving with the stem cell treatments while others are not.

As of now, Harris believes there are no existing biomarkers for MS. She said she expects the study of biomarkers to offer insight into what proteins are changing as a result of the stem cell treatments and the mechanisms tied to that protein.

Correlating biomarker levels with different clinical outcomes will offer more information into how patients with MS are reacting to the stem cells.

Studies looking at the biomarker levels will likely continue with the next phase of the stem cell treatment study. After Phase II is complete at the end of this year, Sadiq and Harris anticipate conducting another study to continue to collect evidence of the effects of stem cells on MS patients. None of the patients in the two studies thus far have been diagnosed with relapsing-remitting MS, and Harris said those patients might be included in future studies.

The Future Of MS Research and Stem Cell Therapy

Around 400,000 people in the United States currently suffer from MS, according to the National Library of Medicine. Though MS affects a large variety of people, it is one of the leading causes of disability among young adults because the average age of onset is about 29 years old.

Depending on the results of Phase II, Sadiq believes that stem cells may be pivotal when it comes to treating MS soon after the diagnosis.

He said stem cell therapy may also be useful in treating several other neurodegenerative diseases. He specifically mentioned amyotrophic lateral sclerosis (ALS), otherwise known as Lou Gehrig's disease and cerebral palsy as possibilities for future trials with the same concept.

"I think where it could really impact people is cerebral palsy," he said. Because kids offer a "repair-friendly environment," the stem cells might be able to reverse some of the especially unfavorable cases among young children.

Though several neurodegenerative diseases are not fatal, more and more young adults are being diagnosed with MS and the financial burden of the disease is starting to add up. In fact, Science Daily reported that MS has created an annual economic impact of approximately $85 billion for care in the U.S. This amount encompasses the direct medical cost associated with the illness, as well as prescription drug costs, non-medical care payments and time missed from work due to the disease's debilitating nature.

Sadiq and Harris are hopeful that the stem cell study will offer information about the cause of the disease in service of a cure. Despite still not knowing the cause of MS, Sadiq emphasized that there has been a lot of progress in learning about the disease during the past few decades.

"Human disease is going to be with us, unfortunately, as long as we live," he said. "But if you can actually change the course of a disease, it's very gratifying. Hopefully, we can take all this and find the cause within the next few years with what we're trying to do, and then we can really get past this disease."