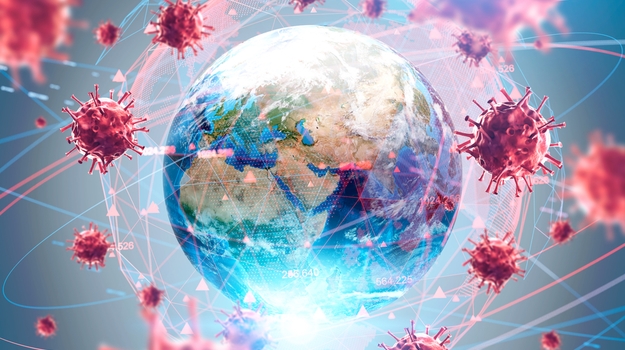 COVID-19 Infections in U.S. Likely to Be Much Higher Than Previously Suspected

Perhaps not surprisingly, given recent coverage, a study out of Cedars-Sinai Medical Center projected that as of March 1, 2020, thousands more people in the U.S. were likely infected by the coronavirus that causes COVID-19 than was initially reported. Some of this initial underestimate is associated with the overall lack of laboratory testing for the virus. As of March 11, 1,323 cases have been confirmed in the U.S., according to Johns Hopkins University. The Cedars-Sinai investigators chose “very conservative” methods to estimate the number of cases, which, they wrote in their study published in medRxiv, “This makes our current estimation likely to be an underestimation of the true number of infected individuals in the U.S.”

The team modeled COVID-19 coronavirus cases “imported” directly to the U.S. from the Wuhan, China area before January 23, which is when the Chinese government locked down the city. They did not include potential cases from other parts of China or other countries, such as South Korea, Italy or Iran, which have also seen major spikes in cases. They then calculated the scale of COVID-19 in the U.S. based on air traffic data between Wuhan and the U.S., totals of publicly released confirmed cases by the U.S. Centers for Disease Control and Prevention (CC), and transmission dynamics estimated from earlier research. It also took into consideration the identification and quarantine of individual domestic cases in the U.S. As of March 1, they projected the number of people infected in the U.S. to be between 1,043 and 9.484. The lower number assumes current preventive procedures like quarantines and airport screening decreases transmissibility by as much as 25%. The second figure assumes no intervention procedures had been performed to decrease transmissibility.

Although it would be easy to take this study as a very pessimistic conclusion, the authors say it suggests that aggressive containment and preventive measures can have a big effect in controlling the outbreak.

“Our model suggests that even moderately effective population interventions to reduce transmission can have a profound impact on the scale of the epidemic,” said Dermot P. McGovern, professor of Medicine and Biomedical Sciences at Cedars-Sinai and senior author of the study. “This finding supports the role of public health interventions in controlling this disease.”

Researchers at the University of Southampton, funded by Cancer Research UK, demonstrated that an experimental drug being developed by France’s Genkyotex called setanaxib may help immunotherapy drugs infiltrate tumors better. The drug is being investigated in clinical trials in diabetic kidney disease (DKD), idiopathic pulmonary fibrosis (IPF) and primary biliary cholangitis (PBC). But researchers theorized that the drug might be able to clear cancer-associated fibroblasts (CAF) that often surround tumors, making cancer cells more accessible by immune cells. Their research into mouse tumors appears to support their theory.

Researchers at the Fred Hutchinson Cancer Research Center identified a small protein in scorpion venom that quickly accumulates in joint cartilage. They linked these proteins with steroids to reverse inflammation in laboratory animals with arthritis. Because the drugs concentrated in the joints, they avoided the systemic toxicity associated with the steroids and infection risks caused by nontargeted steroid treatments.

Cornell University investigators developed a method for whole-genome sequencing that can identify salmonella serotypes in about two hours and the entire identification process in eight hours. Determining salmonella’s serotype helps find the source of bacterial contamination. There are 38 salmonella strains, accounting for 34 serotypes, that were assessed in the study.

Low Blood Pressure in the Elderly Associated with Higher Mortality

A major study of 415,980 medical records of older adults in England found that people 75 years of age or older with low blood pressure, meaning below 130/80, had increased mortality rates compared to those with normal blood pressure. This was particularly significant in so-called “frail” patients, who had 62% increased risk of death during the 10-year follow-up. High blood pressure increased the risk of cardiovascular incidents like heart attacks but was not linked to higher mortality in frail adults over 75.

One rationale for men dying younger than women has typically been the argument that men take more risks, have more dangerous jobs, drink and smoke more, and delay seeing the doctor. New research suggests the real reason is less behavioral and more biological—and related to the Y chromosome. Women have no Y chromosome, instead having two X chromosomes; men have an X and a Y chromosome. They found that across species that have XY (male) and XX (female), the females live longer, with the males dying 17.6% earlier on average. At least part of the reason appears to be the “unguarded X hypothesis,” which suggests that the XY is less able to protect an individual from harmful genes on the X chromosome than in XX females, where the second X can shield the female from some genetic defects.

Researchers at Mount Sinai Hospital and Mount Sinai School of Medicine identified plexin-B2, an axon guidance protein in the central nervous system (CNS) as being critical in wound healing and neural repair after spinal cord injury. They believe the research could lead to the development of treatments for spinal cord injury patients. The research was published in the journal Nature Neuroscience.

“The role of microglia and macrophages in the spatial organization of glial cells around the injury site via an axon guidance receptor is quite unexpected,” said Hongyan Jenny Zou, professor of Neurosurgery and Neuroscience at the Icahn School of Medicine at Mount Sinai.

CNS tissue repair requires a coordinated response from diverse cell types in overlapping phases. Before this, astrocytes were presumed to be the main driver for the organization of various responses. But this study found that Plexin-B2 was the main driver of injury-activated microglia/macrophages.