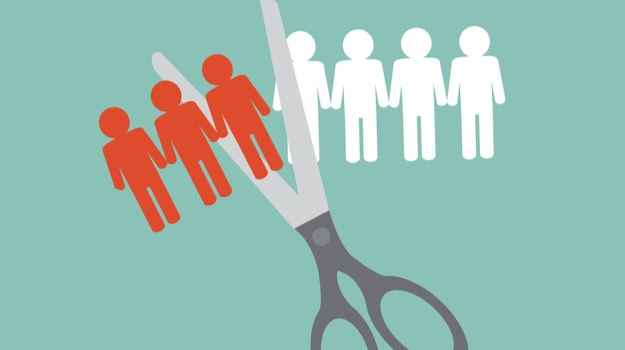 San Diego-based Tocagen slashed 65% of its workforce this week following a failed Phase III trial. French drugmaker Sanofi is slashing about 200 jobs in Japan, months after the company announced it will terminate nearly 500 jobs in France and Germany.

Job cuts in the pharmaceutical and biotech industry are a common and unfortunate reality of business and are occurring fairly often. While many of the cuts are reported, particularly if the numbers are large, such as Tocagen and Sanofi, small cuts are often overlooked. BioSpace scanned the WARN (Worker Adjustment and Retraining Notification) notices across the country and compiled a small list of recent layoffs across the industry.

Daiichi Sankyo – First announced in August, Japan-based Daiichi Sankyo plans to cut 68 jobs at its Basking Ridge, N.J. facility on Oct. 7. The cuts are primarily sales force jobs dedicated to its pain treatments. A spokesperson told ROI-NJ that the company is making the change due to a shift in focus to the company’s oncology pipeline and iron business.

Amneal Pharmaceuticals – New Jersey-based Amneal Pharmaceuticals is cutting 220 employees at its Suffolk County, N.Y. manufacturing facility on Oct. 11. The cuts were first announced in July after the company announced a comprehensive restructuring plan due, in part, to the uncertainty of its supply of the epinephrine auto-injector, AdrenaClick. In total, Amneal will cut about 550 jobs by the end of 2020. The New York manufacturing facility is being closed down, along with a packaging facility in New Jersey.

Integra Life Sciences – Starting Nov. 1, 140 jobs at Integra’s Pennsylvania facility. The job cuts will be spaced out through March 2020 as it closes down the York, Penn. facility, according to the WARN notice.

Aclaris Therapeutics – In September Aclaris Therapeutics announced a new strategic direction toward immuno-inflammatory development programs and was looking to seek partners to move its commercially approved products, such as rosacea treatment Rhofade. As a result, the company announced it was slashing 86 employees.

Bayer – Life sciences giant Bayer has been cutting thousands of jobs across the globe including hundreds in the United States. In December, the company will shed nearly 500 jobs in Pennsylvania. Bayer is closing a facility in Allegheny County, which will cost 487 jobs. The cuts are expected to be completed by the end of the year. The positions are primarily in administrative roles supporting the Germany-based company’s U.S. operations. Bayer also laid off 184 people in North Carolina who are part of its crop science division. Those cuts began in September. Cuts are also ongoing in Indiana. Bayer is closing a site in Mishawaka, Ind., which is causing the loss of 172 jobs. The cuts are expected to be completed by Nov. 8.

Novartis – In California, 102 Novartis employees began to lose their jobs on Oct. 1 as the company shutters a facility in San Mateo. The cuts were first announced in July. The cuts are part of a global restructuring that will include the termination of about 2,200 jobs as Novartis aims to reconfigure its manufacturing strategies.

Illumina – DNA sequencing company will lay off 58 employees beginning Nov. 5. The cuts were first announced in September. The cuts will occur at facilities in San Diego and San Mateo, according to the WARN notice.

Merck – In September Merck began to shift 150 jobs from North Carolina to Pennsylvania. The jobs were manufacturing positions responsible for production of Varicella, the active ingredient in Merck’s chickenpox and shingles vaccines. The losses in N.C. were announced one day after Merck said it was expanding production of its HPV vaccine in the Tar Heel state, which was bringing in about 425 new jobs.