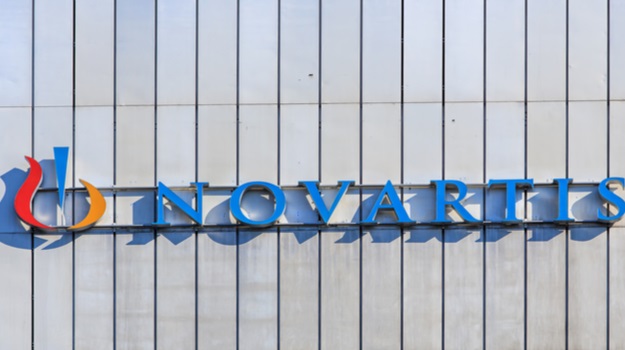 Swiss pharmaceutical giant Novartis plans to slash approximately 2,200 jobs in Switzerland over the next four years. This is part of the company’s restructuring plan launched in 2015 aimed at reconfiguring its manufacturing strategy.

Novartis currently employs about 13,000 staffers in Switzerland. The company indicates that about 1,500 jobs will be eliminated from its manufacturing sites in Basel, Stein, Locarno and Schweizerhalle. Another 700 jobs in its Swiss business services will be eliminated as a part of transitioning jobs to different locations.

At the same time, the company expects to create about 450 new jobs for cell and gene therapy production at Stein, Switzerland. This makes for an elimination of 1,750 net jobs.

The company indicated it plans to relocate some of its “managerial and transactional capabilities” to five service centers in Dublin, Ireland; Hyderabad, India; Kuala Lumpur, Malaysia; Mexico City, Mexico; and Prague, Czech Republic.

“We are aware of the impact of today’s announcement on potentially affected employees and their families,” said Novartis’ chief executive officer, Vas Narasimhan, in a statement.

He stated that company management had already made plans with employee representatives and managers in Switzerland to participate in “dialogue and consultation.” He also emphasized that the company’s commitment to Switzerland is as strong as ever. “We are proud to maintain our global headquarters, our main research and development (R&D) center and advanced manufacturing facilities that continue to expand.”

Novartis is committed to keeping 10 percent of its global workforce in Switzerland. It also expects to create new technology platforms and invest more than CHF3 billion ($3.11 billion U.S.) annually in new research and products.

Despite Novartis’ reassurances, the canton Basel City authorities expressed “regret and disappointment” at the news. The canton said it was “surprised by the extent of the job cuts. For many years the cantonal authorities have accompanied and supported Novartis’ engagement in Basel on many levels.”

The Swiss union, Unia, express outrage, demanding the company halt its strategy and plans to “dismantle its Swiss sites.”

Swiss Info reported, “Rather than worrying about shareholders’ profits, Novartis should try to guarantee workers secure jobs, it said, adding that employers are paying for management errors. Unia had not been informed in advance of the measures announced by the Basel group, which it said was a violation of the collective work agreement.”

The Employees Switzerland union described the announcement as a “bitter pill” and a “hard blow for Swiss industry.” It also questioned whether it was effective to move jobs to cheaper countries.

Novartis chairman, Joerg Reinhardt, indicated earlier this month that the company was streamlining global production to improve operating profit margins in light of declining drug prices in the U.S.

On September 11, Alcon, Novartis’ eye care division, which is spinning off from its parent company, announced it plans to keep its future global headquarters in the Canton of Geneva, Switzerland. The Geneva site is expected to be its primary location for senior corporate management and other corporate and commercial activities. It will be co-located with its Europe, Middle East, and Africa (EMEA) regional office, already based in Geneva.

It will be incorporated in the Canton of Fribourg, where Alcon has significant operations, as well as key locations in Rotkreuz and Schaffhausen. Alcon may employ up to 700 people in Switzerland after the spin-off is complete. Its current global divisional headquarters are in Fort Worth, Texas, which will stay a major operational, commercial and innovation hub for the standalone company.