Promoting Diversity & Inclusion Through an Ethos of Cultural and Emotional Intelligence 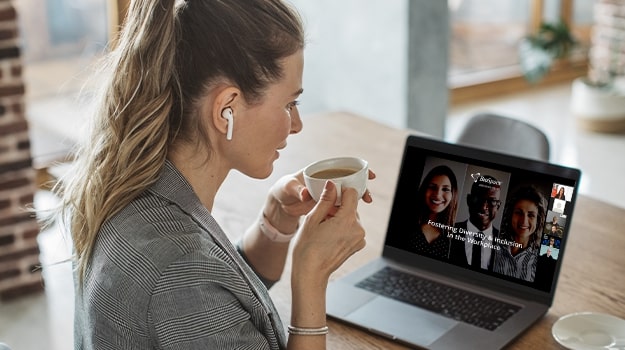 Despite a historic push for greater diversity and inclusion (D&I), a significant disconnect prevails between good intentions and actual lived experiences. The root of the dilemma appears to reside in the gaps and unconscious biases that lie hidden below the surface – and life sciences leaders are working hard to find an answer.

“When we think about inclusivity, it’s really the behaviors and structures in creating that culture, and really, diversity –  they can’t exist without the other. So while we focus on diversity because it’s easily quantifiable to measure, we often find that there’s a gap between inclusion and belonging. That’s really a longer-term journey because it really requires deconstructing the structures,” said Jennifer Vasquez, Global Diversity, Inclusion, and Belonging at Amgen at BioSpace’s panel on Fostering Diversity & Inclusion in the Workplace.

“We hire people of diverse backgrounds every which way, and we need to create an environment where we celebrate that and allow people to be who they are. ‘Allow’ is also a very strong word. People should just be who they are. We spent most of our living lives at work,” added Mahesh Karande, Chief Executive Officer at Omega Therapeutics.

The panel went on to consider these less-quantifiable differences, and how to best address them – beginning with the U.S. political polarization that came to a fore in January.

Intellia Therapeutics, a mid-sized company developing therapeutics for genetic and oncological diseases with CRISPR/Cas9 genome editing, had a town hall scheduled the day following the January 6 riots at the U.S. Capitol. The company cleared the schedule to make space for a discussion, focusing on the things that unified them.

“It wasn’t a ‘management talk to employees.’ It was an ‘I want to make space for people to share their experiences, their reactions, their thoughts, and to be able to talk about that,” said Marika St. Amand, Chief Human Resources Officer at Intellia. “We had one employee who was like, ‘look, I’m an immigrant. I actually saw this in my own country’ and ‘It was horrible to watch a bunch of violence happening in the Capitol.’ So what we really try to do is look at the stuff through that lens.”

This type of dialogue is something that Amgen employs to boost cultural awareness across the board.

“We do these all staff meetings, where people from different regions are represented and they’ll talk about their culture. They’ll talk about ‘oh, women in Turkey are experiencing this at a greater depth in comparison to other middle eastern countries. That’s part of the educational journey. It doesn’t have to be in a formal setting,” Vasquez told BioSpace.

Another inequality that prevails, despite what may appear to be an equal representation, is gender and pay equity. While on the surface there may appear to be a roughly equal number of men and women employed by life sciences companies, salary differences are staggering. According to the BioSpace 2020 U.S. Life Sciences Salary Report, men outearn women by 19.3%, which climbs to 47.6% in health care.

Jennifer Peterson, Chief People Officer at Obsidian Therapeutics, a precision medicine and gene therapy company, put the onus on both the organization and the employee.

“I think it’s incumbent on leaders to ensure that you’re regularly taking a look at your pay equity, and where you see disparities, you’re really thinking critically about what’s the cause of that? Get to the root of where the issue is and then do work from there. I also think it’s important for leaders to share those results,” Peterson said.

“Women, data has shown, are less likely to negotiate at the time of hire. They’re less likely to request a pay increase. So I think it’s really important to know your value, and if you feel that you are being underpaid, to step up and have that conversation,” she continued.

This may be a good time to address the pervasive elephant in the room – the plethora of changes brought forth by the COVID-19 pandemic in which we are still embroiled.

The present “Zoom” working culture has the potential to perpetuate more subtle inequalities.

“We were one of the first companies to require that everyone use a common background in their virtual setting. Everybody has the same common background, and what we’ve found is, then everybody’s the same, even though you’re in some small apartment, or you’re x, y, and z. It’s just a little thing to make sure that everybody feels included and it’s all equitable,” said Mark Litton, Chief Operating Officer at Athira Pharma, a start-up of 30 employees – 54% of them female – developing regenerative therapies for neurological diseases.

On the other hand, exposing these differences might be a good thing.

Vasquez stated a gap that Amgen has identified in terms of its virtual hiring processes.

“There’s neurodiverse talent that is fully capable, but they may have sensatory challenges or overload, so they may not want to do a video call. They may want to do a phone call," Vazquez said. "Their approach is going to be very different, so without having empathy or understanding, it really creates more barriers than access to opportunities. So that’s where the inequities happen.”

When it comes to gender diversity in leadership roles, Peterson advocated for “really expanding our lens and definition of what leadership traits we value most. I think one is just about our different styles of communicating, for instance. How do you get a team to recognize that there are different behaviors that can drive exceptional results? I don’t think we talk enough about that as a barrier, because I think for many years, it’s been about adapting to kind of male norms of behavior, and that was the emphasis.”

To increase the presence of women in leadership roles, Amgen is digging deeper into its mentoring, sponsorship and succession planning programs.

“We’re looking at three different programs, and how we elevate it in a very intentional manner. But we’re also taking into consideration that these programs cannot be designed in a cookie-cutter approach. Because what a Latina or a black and African American women needs, or an Asian American, are very unique, and because they experience the workforce very differently,” Vasquez said.

To elicit a culture of true inclusion, companies must constantly encourage a spirit of open communication.

“I think it’s really important to share examples of inclusion,” Litton said. “We have an all-company heads meeting once a month, and we start the meeting with our values. We always share an example of those values that’s happened from the month, and we encourage people to submit their examples. So we continually talk about our values and share that on a continuous basis.”

Vasquez shared that it really comes down to the addition of a couple of key attributes to the leadership skillset.

“A lot of it is also supporting the expansion of leadership competencies around cultural intelligence, emotional intelligence, which are two competencies that are not required to be a people manager when you look at position descriptions. So now we’re trying to embed that into that process as we look at our policies and structures,” she said.

In order to really drive change, Vasquez reiterated that the place to start is with unconscious bias.

“We typically like to focus on the unconscious bias because there’s bias behind that and we can make changes, versus the more explicit where people are consciously aware that they are behaving a certain way because they choose to," Vasquez said.

To read the report and view a recording of the panel discussion, please click here: Fostering Diversity & Inclusion in the Workplace