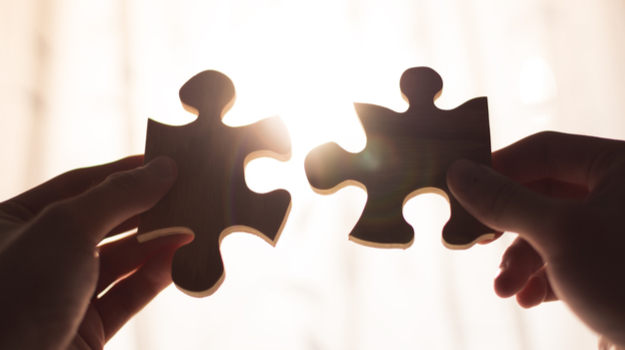 With the holidays over and the JP Morgan Healthcare Conference next week, companies were clearly revving their engines, ready to race into the new year. Here’s a roundup of some of the top deals that were announced today.

Veracyte and Johnson & Johnson. Veracyte received a $5 million upfront payment from J&J, with a potential $15 million in milestones for its early-stage lung cancer diagnostic that can be performed using a nasal swab. Bonnie Anderson, Veracyte’s chief executive officer, stated, “There’s been a lot of activity and talk in the lung cancer space because it’s such a killer. And the only real way to change that paradigm is through earlier detection. If you find it (in an earlier stage), you have nodules removed.”

Vertex Pharmaceuticals and Arbor Biotechnologies. Arbor is a company co-founded by one of the CRISPR inventors, Feng Zhang, a member of the Broad Institute. Under this agreement, Arbor will assist Vertex in evaluating proteins used in cystic fibrosis treatments, as well as four other diseases that will be announced later. Vertex is paying Arbor $30 million upfront, with the chance to invest $15 million in Arbor’s next financing round. It will also include mid-single digit royalties on any future sales of products that come out of the collaboration. Arbor is focused on CRISPR gene editing using a new, RNA-altering enzyme called Cas13d.

Esperion Therapeutics and Daiichi Sankyo Europe. Esperion, based in Ann Arbor, Mich., inked a licensing deal with Daiichi Sankyo Europe (DSE), giving DSE exclusive rights to commercialize bempedoic acid and bempedoic acid/ezetimibe combination pill in the European Economic Area and Switzerland. Esperion wrapped its Phase III LDL-C (low density lipoprotein-C) development program of bempedoic acid and the combination pill in October 2018, and plans to submit a New Drug Application (NDA) to the U.S. Food and Drug Administration (FDA) in the first quarter of 2019 and a Marketing Authorization Application (MAA) to the European Medicines Agency (EMA) in the second quarter of 2019. Approval decisions are expected from both in the first half of 2020.

DSE paid Esperion $150 million in cash up front with another $150 million payable on first commercial sales in the territory. Esperion is also eligible for regulatory milestones and sales milestones, as well as tiered royalties on net territory sales.

Alphabet’s Verily. Alphabet/Google’s Verily raised $1 billion in a funding round led by Silver Lake. As part of the financing, Alphabet’s chief financial officer, Ruth Porat, is joining Verily’s board, as well as Egon Durban from Silver Lake. Other investors included the Ontario Teachers’ Pension Plan and other global investment management companies.

“We are taking external funding to increase flexibility and optionality as we expand on our core strategic focus areas,” stated Andrew Conrad, Verily’s chief executive officer. “Adding a well-rounded group of seasoned investors, led by Silver Lake, will further prepare us to execute as healthcare continues the shift towards evidence generation and value-based reimbursement models.”

One can only hope that the investors have some clue as to what Verily is actually doing. Like many of Google’s so-called “moonshot” projects, they tend to be long on rhetoric and short on specifics. The company apparently is working on a variety of projects, such as a contact lens that can monitor blood sugar levels, and a smart contact lens that can adjust to eyesight. Most recently it announced a partnership with Walgreens Boots Alliance to collaborate on multiple projects to improve health outcomes for patients with chronic conditions. The initial focus will be on developing a medication adherence pilot project using “devices and other approaches designed to improve adherence.”

Biogen and C4 Therapeutics. Biogen announced it had signed a strategic collaboration deal with C4 Therapeutics to investigate C4T’s protein degradation platform to discover and develop therapies for neurological conditions like Alzheimer’s and Parkinson’s. Biogen is paying C4T up to $415 million in upfront and milestone payments, plus potential royalties.

Jazz Pharmaceuticals and Codiak BioSciences. Jazz and Codiak announced a strategic collaboration to develop exosome therapeutics for cancer. Codiak gave Jazz exclusive license to therapeutic candidates directed at five targets to be developed using Codiak’s engEx precision engineering platform. Jazz is paying Codiak $56 million up front. Codiak is eligible for up to $20 million in preclinical development milestones across all five programs, and is eligible for up to $200 million per target based on IND application acceptance, clinical and regulatory milestones, and approvals in the U.S., EU and Japan, as well as sales milestones and tiered royalties.