Ken Frazier Joins Board of Eikon, which is Looking Like "Merck 2.0" 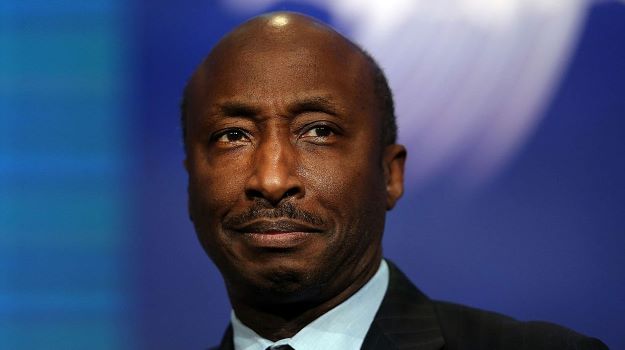 The leadership team of California-based Eikon Therapeutics is beginning to look a lot like Merck 2.0 with the addition of Kenneth C. Frazier to the company's board of directors. Frazier, executive chairman and former chief executive officer of Merck, joins former colleagues Roger Perlmutter and Roy Baynes at the well-financed company.

Eikon, which is pioneering a live-cell super-resolution microscopy that allows its researchers to measure the real-time movement of individual proteins in living cells, is helmed by Perlmutter, the former president of Merck Research Laboratories. Baynes, the former head of global clinical development and chief medical officer of Merck Research Laboratories, joined Eikon last month as CMO. Now Frazier, who was their boss at Merck, has reunited with his former executives at the new company.

Frazier said Eikon's multi-disciplinary approach to drug discovery has led to the creation of one of the most exciting new platforms he has seen. Frazier predicted that the Eikon approach would advance the understanding of protein dynamics and expand the pharmaceutical targets' landscape.

CEO Perlmutter said Eikon, which raised $518 million in its Series B earlier this year, will benefit from Frazier's knowledge of the industry, as well as "from his broad perspective on matters of business, law, and the needs of society." He said Frazier will be an inspiration to other members of the board, as well every employee at Eikon.

"I am delighted to have the opportunity to join the company's board of directors. I am eager to assist in defining new horizons for this remarkable young company, and I hope to use my experience in the pharmaceutical industry – and in business more generally – to assist Eikon in contributing important new medicines for the world," Frazier said in a statement.

In addition to his board position at Merck and Eikon, Frazier is also the chairman of health assurance initiatives at the venture capital firm General Catalyst and a director of Exxon Mobil Corporation.

Prior to his retirement from the CEO role at Merck, Frazier was named CEO of the Year for 2021 by Chief Executive magazine. He was selected for the honor for multiple reasons, including his leadership skills that built a powerful oncology program at Merck, his influence on the development of Merck's discovery research programs and his dedication to social justice and economic inclusion.

It's not unusual for former CEOs to take on a new executive or board roles with other companies following their departure from their previous positions. John Maraganore, the founding CEO of Alnylam, is undoubtedly a perfect example. Since handing over the reins of Alnylam at the end of 2021, Maraganore has taken on several board positions in order to help guide drug development and commercialization. He has taken board positions at Hemab Therapeutics, Kymera Therapeutics and Rain Therapeutics. Maraganore has also been tapped to serve as a strategic advisor to several companies, including ProQR and SQZ Biotech.

Other examples include Pardes Biosciences which tapped Thomas Wiggins last month as its new CEO. Prior to Pardes, Wiggins helmed Dermira, which was acquired by Eli Lilly in 2020.

Another top executive at a large pharmaceutical company who left to take a CEO role is Hal Barron. In January, it was announced that Barron will take over the CEO position at Altos Labs, a Bay Area startup, later this year when his time at GSK is up. Barron will remain CSO at GlaxoSmithKline until August, then he will take over the reins of Altos.