John Maraganore is Embracing the Role of Biotech’s Newest Grandfather 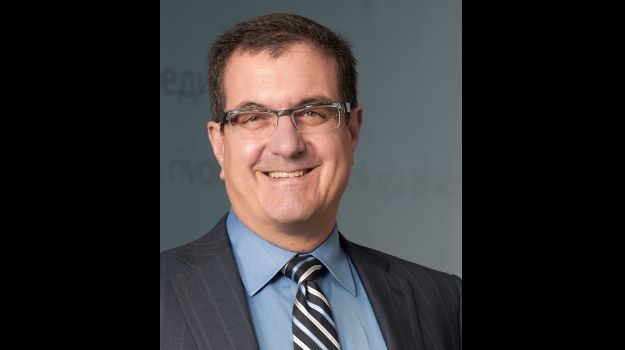 What does one do next in a career as impactful as that of John Maraganore, Ph.D.? The founding CEO of Alnylam Pharmaceuticals, Dr. Maraganore helmed the RNA interference (RNAi) leader for nearly two decades. After handing over the reins to Dr. Yvonne Greenstreet, the biotech veteran certainly doesn’t entertain any notions of resting in 2022.

In fact, he envisions becoming a grandparent in the industry, as opposed to the parenting role he played at Alnylam. “As a parent, you have to be 24/7 with your children all the time, and as a grandparent, you can enjoy them sometimes and then hand them back to their parents at the end of the day,” Maraganore told BioSpace. He shared that he plans to work with a select number of companies to “help them grow and develop as future Alnylams.”

Now, apparently, Maraganore’s wife feels she is too young to become a grandma, but that’s a whole other conversation.

On Wednesday, Hemab Therapeutics announced Maraganore’s acceptance of the position of board chair. With headquarters in Denmark and the United States, Hemab is focused on developing monoclonal and antibody-based therapies for rare bleeding disorders such as Glanzmann’s Thrombasthenia (GT), which is caused by the lack of a protein normally on the surface of blood platelets. This pursuit hits close to home for Maraganore, who focused on thrombosis and hemostasis research during his scientific career.  He invented and led the discovery and development of bivalirudin, a direct-acting thrombin inhibitor later commercialized as ANGIOMAX®.

“This is an area that has enormous unmet need, where there really have not been adequate solutions that have been advanced to clinical studies and to the market,” Maraganore said. “Patients are desperately in need of novel innovative treatments.”

This new position is also a reunion with Hemab President and CEO Dr. Benny Sørensen, M.D., Ph.D., whom Maraganore recruited to lead Alnylam’s hemostasis efforts. “Knowing how amazing he is as a leader makes it a joy to be able to join his board and work with him to build a great company.” 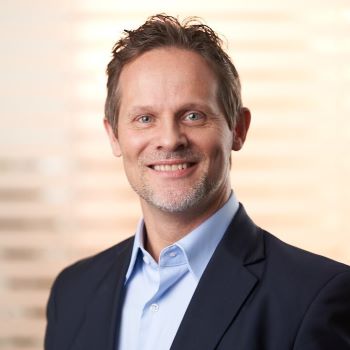 For Sorensen, bringing Maraganore on board is “a continuation of now almost 10 years of mentorship from John and the Alnylam team to me, which I'm hugely grateful for.” Sorensen remembered that at Alnylam, Maraganore was “exceptionally good at dragging out a sense of urgency, and that is really part of the essence of what defines a successful biotech company.”

Maraganore said the next phase of his career will be “that whole portfolio of starting up new companies, working with existing companies as a board member, and then helping mentor CEOs to be successful leaders for the future.”

This portfolio is shaping up nicely as 2022 kicks off. On Thursday, SQZ Biotechnologies announced Maraganore’s new role as a strategic advisor. The Watertown, Massachusetts-based company is developing transformative cell therapies for patients with cancer and infectious diseases, as well as other serious conditions. Also in the mix is precision genetic medicines company Beam Therapeutics.

“I'm really committed to do work with companies that are developing platforms,” Maraganore shared. He gave the example of Beam, which has a platform based on gene editing. Agios Pharmaceuticals, another company currently benefiting from Maraganore’s leadership, boasts a platform based on cellular metabolism. “In every case, it's a company that's not a single one-trick pony. These are, in every case, companies that really have a capability of generating sustainable innovation, which is, I think, a critical determinant of what makes a company very successful and certainly something that we did at Alnylam.”

Platform companies garnered significant investment in 2021, netting a total of $2.2 billion in Series A funding in the first half alone. “The benefit of having a platform, if it can generate real medicines, is that you have a sustainability about what you're doing,” Maraganore elaborated. This sustainability enables such companies to develop new molecules organically. “That's what is distinctive about a platform.”

One clear thing about the path Maraganore is charting is that he is “broadly excited about medicine and developing medicines,” across several different therapeutic areas and modalities. “I’m not limited in my passion to a specific field, but I am excited about what Hemab is doing in the bleeding disorder field…I think what they're doing could be very disruptive.”

Sorensen explained, “We are really going to address or close a huge gap that has been left when over the last five to six decades, where all the attention has really been on trying to advance treatment for people with hemophilia A and B. All the focus in Hemophilia is really about preventing bleeding, which it should be. However, people with rare disorders are pretty much being left five, six decades behind.” The standard of care for these patients, he said, is a blood transfusion, at the time of the bleed. There is no prophylaxis.

So, Hemab has established a platform that “will enable us to really leapfrog treatment into the 21st century and actually introduce state of art, nonfactor-based, prophylactic therapies to these people,” Sorensen shared.

Sitting down with Maraganore, we would be remiss not to ask for his sense of where the biotech industry is going.

“We are only in the top of the first inning in terms of the remarkable explosion of biology that is occurring and the unbelievable opportunities for advancing new medicines for patients,” he shared. “I think we also see how there are increasingly novel approaches for many different diseases out there. We now have much more sophisticated strategies for treating disease, whether it's bifunctional antibodies or cell-based therapies or RNA-based therapies like we developed at Alnylam. So the number of arrows we have in our quiver has expanded significantly as well.”

While Maraganore “loved what he did at Alnylam,” he shared that now, “I want to be part of this next phase of the industry. I want to be a multiplier for all the innovation that I believe will be coming out of this industry in the next 10 to 20 years.”