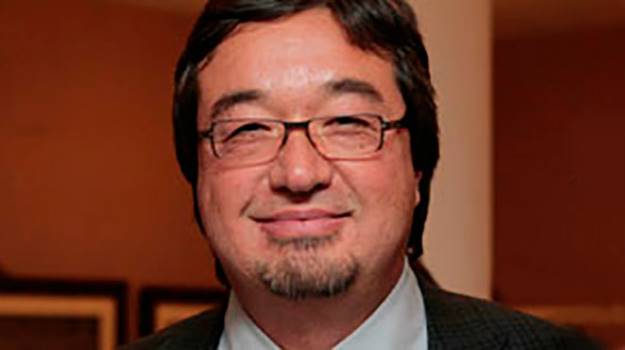 Less than two months after joining the executive committee of the Voyager Therapeutics Board of Directors, Biogen veteran Alfred W. Sandrock Jr. has been named chief executive officer of the company.

Cambridge, Massachusetts-based Voyager lost its previous CEO in May 2021 when the company underwent a strategic shift in order to maximize the potential of its adeno-associated virus (AAV) technology. Both CEO Andre Turenne and Chief Medical Officer Omar Khwaja, who also served as head of research and development, left the company at the time. Voyager has been helmed by interim CEO Michael Higgins, who is also the chairman of the board of directors.

Sandrock, the former head of R&D at Biogen, joined the Voyager Board of Directors in February. Now, as CEO of the company, Sandrock will be able to take a firm hand to advance the development of Voyager’s next-generation TRACERM AAV capsid screening platform and therapeutic programs.

The new CEO called it an honor to lead Voyager, which has made a promise to make AAV gene therapy a new standard of patient care for many diseases.

“Years of dedicated research by the Voyager team has led to exciting progress in the field; the next generation of novel AAV capsids with enhanced tissue tropisms has the potential to widen the therapeutic window of gene therapy for a broad range of diseases,” Sandrock said in a statement. “This important work has led to licensing agreements with Novartis and Pfizer and developments for Voyager’s own internal pipeline. We intend to establish human proof of concept across a range of serious diseases, with an emphasis on neurological targets.”

The Novartis deal, valued at $1.7 billion, was struck earlier this month. Novartis is harnessing Voyager’s TRACER (Tropism Redirection of AAV by Cell-type-specific Expression of RNA) technology for the development of therapies for three undisclosed CNS targets.

AAVs developed through Voyager’s TRACER technology have shown superior blood-brain-barrier penetration, improved cardiac muscle tropism and increased transgene expression in targeted tissues. With its ability to penetrate the blood-brain barrier, Voyager said the technology is ideal for the development of novel gene therapy candidates for serious neurological diseases that have been challenging to address with conventional approaches.

Pfizer and Voyager partnered last year in a deal valued at $630 million. In that collaboration, Pfizer will license the Voyager technology to bolster its own approach to gene therapies for neurologic and cardiovascular diseases.

Higgins, who will remain chairman of the board of directors at Voyager, touted the addition of Sandrock as CEO. He called Sandrock a “global thought leader in neuroscience” who has a significant track record of guiding the development and commercialization of transformative medicines. Sandrock spent more than 20 years at Biogen, where he led the development of multiple drugs, including the multiple sclerosis drugs Tysabri, Tecfidera and Plegridy. He also led the development for Spinraza, the first drug approved to treat spinal muscular atrophy, and oversaw the development of the Alzheimer’s drug Aduhelm.

“His success pioneering the development of numerous innovative neurological treatments, and particularly, his skill in advancing promising candidates from early-stage research toward clinical proof of concept, is perfectly suited for Voyager,” Higgins said in a statement. “He is the ideal leader to amplify the impact of our proprietary TRACER AAV capsids that we believe can overcome many of the limitations of first-generation AAV gene therapy and create meaningful therapeutics for patients.”