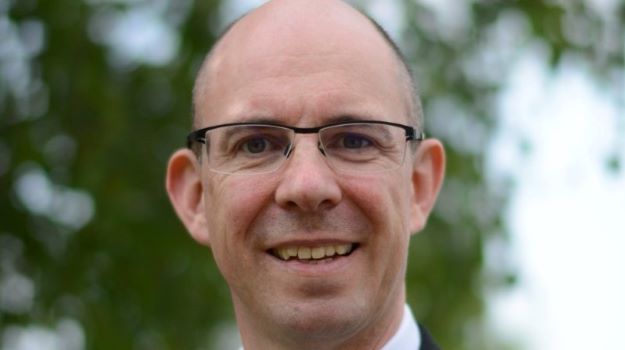 The next several years will be transformative in the cell and gene therapy space, and Immatics’ Chief Medical Officer Cedrik M. Britten believes his company’s engineered T-cell receptors may play an important role in providing treatment options for cancer patients.

So far, cell therapies such as approved CAR-T programs like Novartis’ Kymriah and Gilead Sciences’ Yescarta, have demonstrated high rates of efficacy in B-cell malignancies. And more approvals in liquid cancer indications are expected, particularly in multiple myeloma, Britten said. But it’s the future these kinds of therapies have in treating solid tumors that drives Britten.

Current CAR-T therapies, or chimeric antigen receptor T cell, take T cells from a patient’s body, then engineer them in a laboratory to recognize a specific antigen on a cancer cell’s surface. The cells harvested from patients, called autologous, are then re-administered into a cancer patient.

If all goes well, the engineered CAR-T cells should multiply within the body, target the antigen and eliminate the threat.

“I expect that this year might be the year where we would now also see some transformational response on solid cancer from one of the many ongoing trials world-wide. Obviously, I would like to see them happening with our own Immatics pipeline,” Britten said.

Solid tumors are the primary focus of Immatics’ T-Cell Receptor Engineered T-cell Therapy (TCR-T) programs. Whereas CAR-T targets proteins that are only present on the surface of cancer cells, Immatics’ approach can even access targets derived from proteins within cancer cells, presented as peptides on the cell’s surface, thus increasing the cancer target space by approximately 300%.

The TCR-T treatment engineers a patient’s T-cells with a TCR to recognize the cancer cell targets as identified by Immatics’ XPRESIDENT® platform. The engineered T cells are then expanded and reinfused back into the patient to treat the tumor. Britten said Immatics has the ability to use their T cell targets and T-cell receptors for multiple modalities, not only for autologous cell therapies, but also allogeneic cell therapies and TCR Bispecifics.

The IMA200 series includes IMA202 and IMA203 which are designed to target unique peptides derived from either melanoma-associated antigen 1 (MAGEA1) or preferentially expressed antigen in melanoma (PRAME), respectively. Both are built on Immatics’ proprietary ACTengine® approach in which the patient’s own T cells are genetically engineered to express an exogenous T cell receptor (TCR) directed against true cancer targets.

Britten noted the company announced its first T-cell receptor against a target that is predominantly expressed in the stroma of the tumor. He said this is a new mode of action for TCRs, a new concept that he is extremely excited about.

“Not on tumor cells, but on tumor stroma cells, broadly expressed in many of the large cancers that kill most of the patients,” he said.

Autologous cell therapies have proven to be effective, but Britten noted current manufacturing processes for this type of program are still expensive and laborious. However, as the technology becomes more widespread, Britten suggested autologous cell therapies will become less expensive to develop and supply due to significant investments that  lead to implementation of new technologies that will benefit manufacturing of autologous products.

“I think additional GMP innovations will make it easier to supply cost efficiently at scale,” he said. “I think this is something that will continue throughout 2021 and into the future.”

All of these manufacturing innovations will likely benefit the quest to harness immune receptor-engineered T therapies and turn them against solid tumors. And that’s what Britten is hoping to see in the near future. He said Immatics’ programs have strong targets, and the company has the capability to generate the tailored T-cell receptors to engage with these targets and tumors.

An autologous approach isn’t the only type, though. Numerous companies are betting on off-the-shelf cell therapies for use across donors, meaning the harvested cells would come from a healthy donor other than the patients who will benefit from the treatment option.

Over the past year, multiple companies have been bullish in this area, investing significant amounts of money, Britten said. While the question of which approach is more effective will certainly be a topic of discussion at CAR-TCR Europe, Britten said it’s one that will not be solved until the data is available. It is highly likely that neither autologous or allogeneic cell products will replace each other but that  both might co-exist with differential use across diseases and patient sub-populations in the end.

“It’s difficult to predict the future. The products have different biologic features. As of today, autologous products  show  longer persistence  because there are no issues with rejection and allogeneic products are faster to supply,” he said. It is expected that time to supply autologous products will be significantly reduced over time and persistence of allogeneic products will increase over time which may ultimately reduce the clear differences in the profiles that these two approaches currently offer in the future. “I’m happy Immatics has the possibility to play in both arenas.”