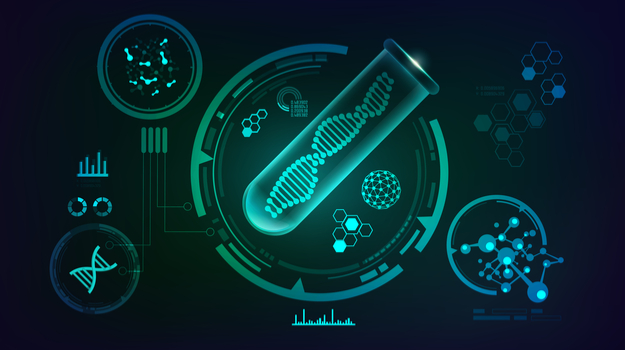 As gene therapy gains traction, it is expected to create a number of job opportunities. For example, the UK government projects gene and cell therapy in Britain alone will create 18,000 new jobs by 2030. The U.S. Bureau of Labor Statistics predicts a 7 percent increase in jobs for biomedical engineers and a 13 percent increase in medical scientists.

But those numbers, especially the UK numbers, are directly related to gene therapy. The ripple effects are likely to be far larger.

Sangamo Therapeutics, based in Richmond, Calif., is an example of a company focused on gene therapy and genome editing. In September, the company announced a successful Phase I/II clinical trial of SB-913, a zinc finger nuclease in vivo genome editing product being studied to treat MPS II, also called Hunter syndrome.

The BBC recently covered the trend, profiling a patient receiving the experimental treatment. Sandy Macrae, chief executive officer of Sangamo, told the BBC, “We are at the start of a new frontier of genomic medicine.”

BioSpace recently conducted a short survey on its website asking what trends people saw. One of those trends was gene therapy. Examples include BioMarin Pharmaceutical, which in August 2017 opened a new manufacturing facility in Novato, Calif. to manufacture BMN 270, a treatment for severe hemophilia A. Hank Fuchs, president of BioMarin’s worldwide research and development, dubbed it “the first and largest gene manufacturing facility in the world.”

There are, as yet, not many direct gene therapies on the market. Spark Therapeutics’ Luxturna (voretigene neparvovec) has been approved for a rare, genetic form of blindness called retinal dystrophy. Spark and Pfizer are working on a trial of SPK-9001, a gene therapy for hemophilia B.

But it would be a mistake to just limit the definition of “gene therapy” to these types of products. The burgeoning field of immuno-oncology is basically gene therapy in that they typically involve genetically-engineered T-cells that create “living drugs” made from a patient’s own immune system. There are currently two chimeric antigen receptor T-cell (CAR-T) therapies approved in the U.S. They are Novartis’ Kymriah (tisagenlecleucel) and Gilead Sciences’ Yescarta (axicabtagene ciloleucel). Not only are patient cells sent to laboratories where the immune cells are isolated, engineered and re-infused into the patient, but something of a mini-industry has developed around it.

Because of the potential for significant side effects, primarily cytokine release syndrome and neurotoxicities, the FDA required both companies to set up Risk Evaluation and Mitigation Strategies (REMS) programs. This ensures that hospitals and associated clinics that dispense the therapies are specially certified and have on-site access to treatments for those adverse effects.

The BBC notes that as treatments that utilize gene editing and genetic engineering move from research labs into hospitals, the demand for skilled genetic engineers will increase. But there will also be increases in related positions. Michele Calos, president of the American Society of Gene and Cell Therapy and a professor of genetics at Stanford University, told the BBC, “Gene therapy is rapidly becoming an accepted and growing part of the medical research and development industry. The growth of established and new gene therapy companies is expected to be accompanied by an increase in jobs, as these companies recruit scientists to staff their expanded operations. The gene therapy industry requires a range of graduates, with backgrounds in scientific fields like genetics, medicine, molecular biology, virology, bioengineering and chemical engineering, as well as business graduates.”

The global genome editing market is projected to double in size to about $6.28 billion over five years from 2017. The UK government announced it was investing the equivalent of $76 million into a new cell and gene therapy manufacturing center. And in the U.S., the National Human Genome Research Institute projects a “considerable” increase in demand related to the growth.

It’s not all positive news, although perhaps it will balance out. Swiss company Novartis announced in late September that it was laying off approximately 1700 employees in Switzerland by 2022 as part of its plans to consolidate current manufacturing and develop new manufacturing platforms. At the heart of this is an expected decrease in the number of mass-produced pharma products and a shift to specialized and personalized medicines.

AveXis, a Novartis company based in Illinois, is investing $55 million to build a new manufacturing plant in Durham, NC, which will create 200 jobs. The new facility will make its first product candidate, AVXS-101, a gene therapy to treat three types of spinal muscular atrophy (SMA).

Still, the trend is for growth in manufacturing. A July report published by TEConomy and BIO titled, “Investment, Innovation and Job Creation in a Growing U.S. Bioscience Industry 2018,” indicated that as biologics, gene therapy and immuno-oncology becomes more advanced, the demands for specialized manufacturing has increased.

A June 2018 market research report, “Viral Vectors and Plasmid DNA Manufacturing Market, 2018-2030” noted that there are more than 430 gene therapy candidates in varying stages of clinical development, with over 500 clinical trials underway worldwide. Because gene therapy depends on viral vectors to deliver the gene therapy, there is an increasing demand for virologists and microbiologists.

Gunes Taylor, a researcher at The Francis Crick Institute in London, told the BBC, “It is a really multi-disciplinary field. We need molecular scientists, engineers and computer scientists to help us interpret the huge amounts of data modern genetic techniques produce.”

The future is very bright for people with a range of technical skills related to the newest generation of therapeutics.