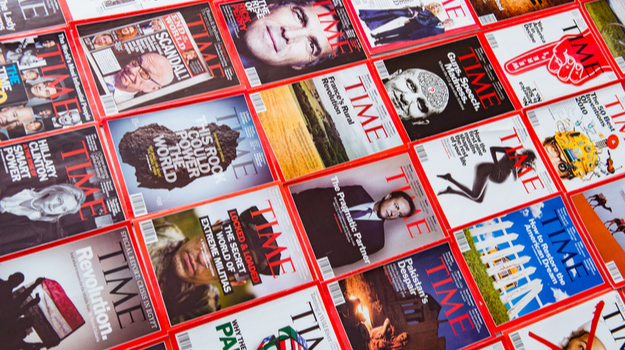 23andMe – The DNA company 23andMe introduced its home-DNA kits that can provide health advisers information on genetics that could be used to determine markers for potential health-related issues, such as cancer. With more than 5 million users, 23andMe “is giving consumers an unprecedented window into their own genetic health,” Time said. Last year the U.S. Food and Drug Administration gave the company the authorization to market genetic reports on personal risk for certain diseases, including late-onset Alzheimer's disease, Parkinson's disease, celiac disease and hereditary thrombophilia. Earlier this summer 23andMe signed a collaborative deal with pharma giant GlaxoSmithKline to discover novel drug targets with genetic validation that will come through 23andMe’s extensive genetic database. The companies will focus on translating genetic and phenotypic data into R&D activities to improve target selection for precision medicines and support the identification of patient subgroups that are more likely to respond to targeted treatment.

GW Pharmaceuticals – Fresh off the heels of securing the first FDA-approved treatment that harnesses the properties of cannabis, GW Pharmaceuticals is blazing a trail in medical marijuana. In June, The FDA approved Epidiolex, a form of cannabidiol, for rare two forms of epilepsy, Dravet Syndrome and Lennox-Gastaut Syndrome. The approval forced the Drug Enforcement Agency to reschedule the cannabis-derived medication as a Schedule V drug, which is providing hope for other companies that are developing cannabidiol medications for other diseases.

Merck – Pharma giant Merck has been a leader in bringing new drugs to market for various diseases for many years. But Time Magazine determined the company belongs on the list of genius companies for its efforts in developing vaccines for various disease. Most specifically, Time Magazine zeroed in on the company’s efforts to develop a vaccine for the Ebola virus. Time pointed to a vaccine candidate acquired from a Canadian research team, that while still in the experimental phase, holds promise. In fact, the vaccine was field tested this year in parts of Africa. As BioSpace reported earlier this year, the inoculation appears to be able to provide two-year’s worth of protection against the terrible virus. The two-year mark is a huge leap in comparison to some other inoculations, which can lose efficacy after a period of about six months. Merck, Time reported, said it does not intend to make a profit from this vaccine and will ensure it’s provided to places where it is needed.

Aidoc – Founded by former members of Israel’s military “brain trust,” Aidoc was formed to develop methods to analyze medical imaging at high-speed. The artificial intelligence recognizes abnormalities and provides the information to healthcare providers. Time noted that its software can save thousands of hours of work, which is essential given the vast amounts of medical data being generated on a daily basis. The company’s technology is already in use by 50 hospitals across the globe, Time said. In August, the FDA granted Aidoc approval for its tech that detects intracranial hemorrhage. The company anticipates more regulatory approvals in the future.