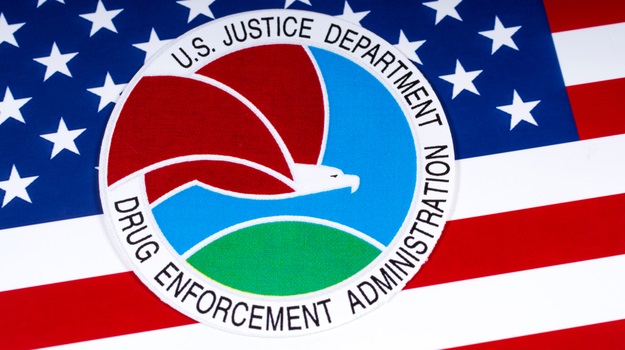 The U.S. Drug Enforcement Agency has reclassified GW Pharmaceuticals' cannabidiol epilepsy treatment Epidiolex as a Schedule V product, which will clear the way for commercialization within the next six weeks, the company announced Thursday afternoon.

In June the U.S. Food and Drug Administration (FDA) approved Epidiolex as a treatment for seizures associated with two rare forms of epilepsy, Lennox-Gastaut syndrome (LGS) and Dravet syndrome. The approval of Epidiolex marked the first time the FDA approved a drug that contains a purified drug substance derived from marijuana. That approval forced the DEA to reclassify the GW Pharmaceuticals medication, which was finally announced Thursday. The reclassification of Epidiolex will allow GW to finalize the medication’s product label.

The FDA approved Epidiolex following a Phase III trial that showed the marijuana-based treatment, taken along with other medications, was effective in reducing the frequency of seizures when compared with placebo in 516 patients with either Lennox-Gastaut syndrome or Dravet syndrome.

Justin Gover, GW Pharmaceuticals’ chief executive officer, said the company was pleased with the reclassification, because it will ensure patients with LGS and Dravet syndrome can access the new treatment option.

“With this final step in the regulatory process completed, we are working hard to make Epidiolex available within the next six weeks as we know there is excitement for a standardized version of cannabidiol that has undergone the rigor of controlled clinical trials and been approved by the FDA,” Gover said in a statement.

A Schedule V drug demonstrates that the medication has a proven medical use and low potential for abuse. At the time, other non-FDA-approved CBD preparations remain in Schedule I. That is a sore point for some other CBD drugmakers. The Hoban Law Group, which bills itself as the nation’s premiere “Cannabusiness” firm criticized the DEA for not including all CBD-based medications in the same classification as Epidiolex. In a statement to BioSpace, the Hoban Law Group said in re-scheduling Epidiolex, the DEA “over-broadly references not only Epidiolex but additionally any CBD product ‘derived from cannabis.’”

GW Pharmaceuticals isn’t the only company working to develop cannabis-based treatments for disease. Other companies developing such treatments including Axim Biotechnologies, which is developing a cannabinoid-based chewing gum delivery method; KannaLife Sciences, which is researching oxidative and neuro-toxic stresses born from a variety of ailments and illnesses including Chronic Pain and Chronic Traumatic Encephalopathy; CURE Pharmaceuticals, which is developing cannabinoids for the treatment of a wide range of sleep disorders; as well as Columbia Care, which struck a licensing agreement with Australia-based nasal respiratory company Rhinomed for the collaborative development of nasally-delivered cannabis-based medicines.

When Epidiolex launches within the next six weeks, the drug is expected to have a price tag of about $32,500. The medication will be priced “in line with the branded anti-seizure therapies” that are typically prescribed for patients with Lennox-Gastaut syndrome (LGS) and Dravet syndrome. GW Pharmaceuticals has implemented a patient support program to provide access to the new medication. The company said they have presented plans that could cover more than 80 percent of the patients who could use this medication in the United States.

Not only was the GW drug the first marijuana-derived drug approved by the FDA, but it was also the first medication approved for Dravet syndrome. But it may not be the only one on the market for long. In July, Emeryville, Calif.-based Zogenix saw positive results for its second Phase III trial of ZX008 (low-dose fenfluramine hydrochloride) for children and young adults with Dravet syndrome.

LGS and Dravet syndrome are rare and severe forms of epilepsy that are notoriously treatment-resistant. The disease typically develops in early childhood. Because of the severity of the type of epilepsy, most patients with LGS and Dravet syndrome require multiple seizure medications and the majority are resistant to currently approved AEDs. The day-to-day impact of these conditions is significant with high rates of early mortality.