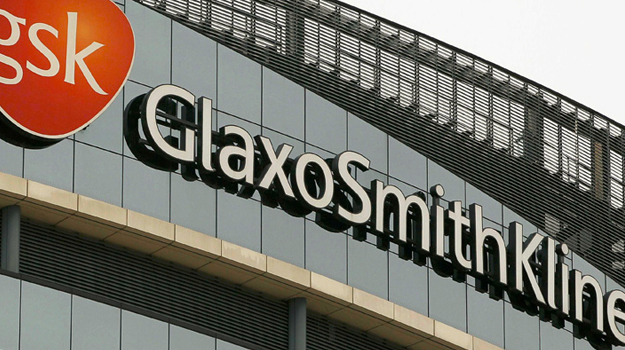 Since taking over the helm of GlaxoSmithKline, Emma Walmsley has been driving changes at the company with a heavy focus on pharma R&D. Today, Walmsley and R&D Head Hal Barron unveiled a long-term plan for R&D that is focused on the immune system and genetics.

Barron and Walmsley laid out their strategy alongside a second quarterly report that showed quarterly sales of £4.2 billion, about $5.53 billion. It was the R&D show today, as stakeholders have been waiting to hear the vision laid out by Barron, the former Genentech executive who took over as GSK’s chief scientific officer last year.

GSK’s new strategy paves the way for potential long-term growth with an increased focus on the harnessing of genetic data to drive its clinical pipelines. The strategy will do nothing in the short-term to help replace aging medications. Last year Walmsley announced a major shakeup to GSK’s R&D division, which at the time accounted for 16 percent of the company’s revenue. The shakeup was in response to declining revenue from generic challenges to its asthma drug, Advair and a lack of blockbuster drugs coming out of its programming.

For the new strategy, Barron pointed to the rapidly changing landscape of the understanding of the human body, particularly the science related to the immune system. In its outline, GSK said access to large databases from “carefully genotyped and phenotyped patient populations, coupled with technological advances in data analytics” provides the company with an opportunity to aim drug discovery and development at a new generation of targets with the significantly increased probability of success. The company said it will focus on the development of medicines that target mechanisms of action with strong human genetic validations. Those targets have a higher probability of success, which means a shift to a genetics-driven portfolio, the company said in its outline.

Part of the new strategy includes a four-year collaboration with 23andMe to discover novel drug targets with genetic validation that will come through 23andMe’s extensive genetic database. In a statement, Barron said partnering with 23andMe will help shift the company’s research and development organization to be “driven by genetics” and increase the impact the company’s discoveries can have on patients. The companies will focus on translating genetic and phenotypic data into R&D activities to improve target selection for precision medicines and support the identification of patient subgroups that are more likely to respond to targeted treatment. GSK also said its partnership with 23andMe, which includes a $300 million equity stake, will help its clinical programs by providing a greater identification for potential trial recruits that could include the identification of those specific subgroups the company plans to target. Both companies will provide a 50/50 co-funding of the collaborative research efforts.

“At the core of this new approach is identifying new medicines by focusing on ways to modulate the immune system, leveraging the vast amounts of human genetic data now being generated, analyzing this complex data with machine learning and creating an accountable culture where smart risk-taking is rewarded. This combination of science, technology and culture will generate new insights, improve our probability of success, enable us to focus and, most importantly, create new medicines that will have important benefits for patients,” Barron said in a statement.

In the outline for the new strategy, GSK pointed to some of its ongoing work in its pharma and vaccines division. The company has 27 immunomodulatory new molecular entities (NME) in the clinic, which represents 60 percent of the total clinical pipeline. Of those assets, GSK’s Barron said more than half are potential first-in-class therapy options. GSK said it anticipates a significant number of data readouts between now and 2020 from its NMEs. The company’s oncology pipeline is also reliant on immune-based approaches, such as cell therapy, epigenetic modulators and antibodies targeting immune cells. With that in mind, GSK said access to genetic databases is increasingly important, which is one of the drivers behind the deal with 23andMe.

With a shift in drug development strategy, Barron and GSK said that will require a shift within the company’s R&D culture. That shift will include collaborations with external partners, as well as the hiring of new talent, the company said.

“GSK also intends to promote a culture of increased accountability and smart risk-taking. This will include redefining success and fostering a culture of truth-seeking versus progression-seeking, and optimized portfolio decision-making, alongside implementation of a new robust governance model. Targeted business development to strengthen the Group’s pipeline and technology capabilities will also be part of the new R&D approach,” the company said in its announcement.