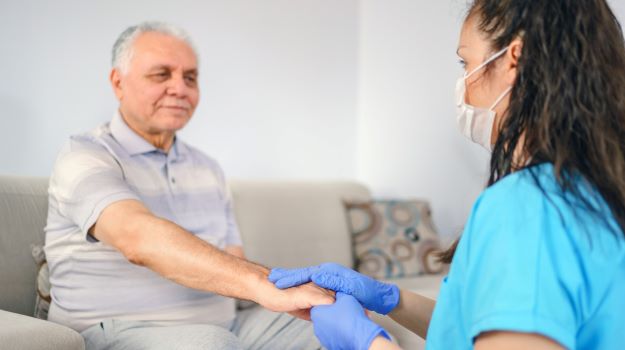 Alzheimer’s drugs fill a veritable wasteland of failed clinical trials. Currently, Biogen is waiting to see if the U.S. Food and Drug Administration (FDA) gives its aducanumab a thumbs-up or down by March 7. An advisory committee did not recommend approval in November.

In the trial, donanemab slowed decline by 32% compared to placebo, which was deemed statistically significant. The iADRS is a clinical composite tool that combines the cognitive measure ADAS-Cog13 and functional measures ADCS-iADL. The drug also demonstrated consistent improvements in all prespecified secondary endpoints that measured cognition and function compared to placebo. However, it did not hit nominal statistical significance on every secondary endpoint.

Donanemab is an antibody designed to target a modified version of beta-amyloid known as N3pG. It appears to quickly clear high levels of amyloid plaque, as measured by amyloid imaging. In the study, patients receiving the drug on average showed an 84 centiloid decrease of amyloid plaque at 76 weeks compared to a baseline of 108 centiloids—less than 25 centiloids is typical of a negative amyloid scan.

In the trial, patients were taken off donanemab and shifted to placebo once their plaque level dropped below 25 centiloids for two consecutive measures or below 11 centiloids at any one measure.

Per the Centiloid Project, amyloid imaging using positron emission tomography (PET) “has produced remarkably consistent qualitative findings across a large number of centers.” But, the exact numbers vary a great deal, so a 100-point scale called a centiloid was developed, which is an average value of zero in “high certainty” amyloid negative subjects and average of 100 in “typical” Alzheimer’s patients.

“We are extremely pleased about these positive findings for donanemab as a potential therapy for people living with Alzheimer’s disease, the only leading cause of death without a treatment that slows disease progression,” said Mark Mintun, vice president of pain and neurodegeneration for Lilly. “We look forward to discussing the TRAILBLAZER-ALZ study data and next steps with global regulators. In addition, we are committed to reproducing and extending these important findings in our second ongoing pivotal donanemab trial, TRAILBLAZER-ALZ 2.”

The safety profile of the drug was consistent to what was seen in Phase I studies. Lilly indicates that amyloid-related imaging abnormalities (ARIA) were seen, which is consistent with antibodies that clear amyloid plaque. In the treatment group receiving donanemab, ARIA included edema (ARIA-E) in 27% of participants, an overall incidence of 6% experiencing symptomatic ARIA-E.

“The unique mechanism and antibody for clearing plaques, discovered at Lilly, has the potential to provide high levels of durable amyloid plaque clearance after limited duration dosing,” said Daniel Skovronsky, Lilly’s chief scientific officer and president of Lilly Research Laboratories. “In conjunction with our expertise in amyloid and tau imaging, this allowed us to conduct a trial to test if reducing amyloid plaques in Alzheimer’s patients to levels seen in scans of healthy individuals could result in clinically meaningful slowing of cognitive decline. The positive results we have obtained today give us confidence in donanemab and support its rapid and deep plaque clearance for the potential treatment of Alzheimer’s disease.”