CureVac Out of the COVID Race? Vaccine Only 47% Effective 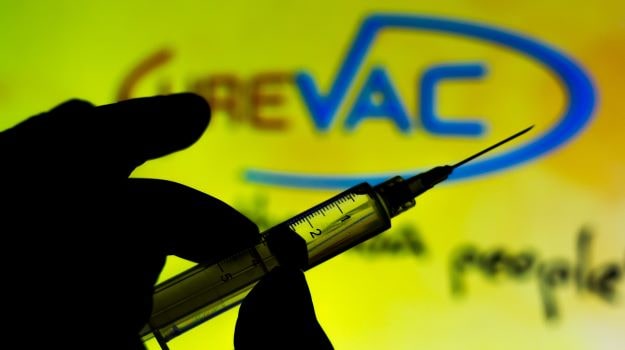 CureVac's COVID-19 vaccine candidate CVnCoV has shown to be only 47% effective against COVID-19 disease of any severity, according to an interim analysis of the international pivotal Phase IIb/III HERALD study. The new findings likely throw a wrench in the company's plans to deliver millions of much-needed vaccine doses to the European Union soon.

Following news of the findings, U.S. traded shares in CureVac fell 50.6% to $46.81 in after-hours trading. Shares in the company also plunged more than 52% in German trading, as reported by Bloomberg, which reportedly wiped out nearly $9.6 billion in market value.

The study, conducted in collaboration with Bayer, included around 40,000 people from Europe and Latin America. The German company's vaccine candidate was tested in the midst of at least 13 different circulating variants within the study cohort.

A total of 134 cases of COVID-19 were evaluated in this second interim analysis of the HERALD study. The study investigators sequenced 124 of these cases at least two weeks after receiving the second dose to identify the infection-causing variant.

Only one case was caused by the original SARS-CoV-2, while up to 57% of cases were caused by other variants of concern. The remaining COVID-19 cases were due to less characterized variants, including Peru's Lambda or C.37 (21%) and Colombia's B.1.621 (7%).

The findings place CureVac's mRNA vaccine behind other COVID-19 vaccines, namely Moderna and Pfizer/BioNTech's shots, in terms of efficacy and current authorization. These vaccines have also recently shown high efficacy rates against the so-called Delta variant, a strain of concern associated with infections in India, England and Scotland, among several other countries.

Given Moderna's high efficacy rate against the novel coronavirus, the company announced yesterday that the U.S. government purchased an additional 200 million doses of the mRNA vaccine. This brings the government's order to over 500 million doses.

Despite its disappointing efficacy, the study's Data Safety Monitoring Board (DSMB) confirmed the vaccine's favorable safety profile as previously demonstrated in the first interim analysis. The investigators are continuing the study to the final data analysis to determine the most appropriate regulatory steps to take.

CureVac's shot was a rising hopeful in Europe after regulators placed age limits on the Johnson & Johnson and AstraZeneca vaccines due to the latter vaccines' associations with sporadic yet potentially fatal blood clotting disorders.

In addition, CureVac's vaccine was being eyed as a possible solution for low- and middle-income countries, many of which have lagged behind to more developed, affluent nations inaccessibility and delivery of COVID-19 immunizations.

Additionally, the European Union agreed in November 2020 to buy up to 405 million doses of CureVac's mRNA-based vaccine candidate, with an option to purchase an additional 180 million doses. Under the terms of the agreement, CureVac was set to receive an upfront payment for supporting CVnCoV's clinical development.

The findings conflict with CureVac and Bayer's expectations back in May that the vaccine would be authorized in Europe this month. As such, the two partners began expanding their manufacturing capacity of the vaccine candidate.