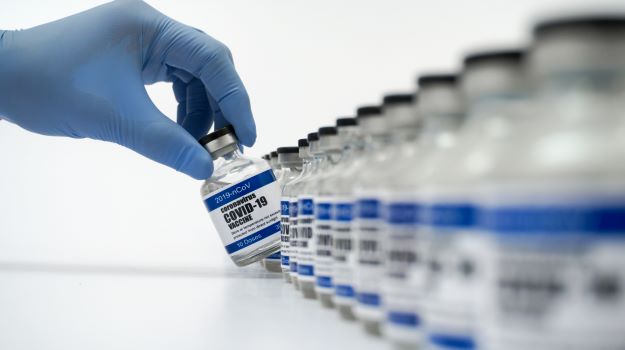 New data shows COVID-19 vaccines are effective against the Delta variant, a strain of concern driving infections in India, England, Scotland, and other countries across the globe and causing governments to pause re-opening plans.

The levels of effectiveness demonstrated against the Delta variant are comparable with efficacy against the Alpha variant, which had been the primary strain of concern in the U.K. until the arrival of Delta. The report stressed the importance of receiving both doses of the vaccine due to the increased levels of protection following the second jab.

The analysis included 14,019 cases of the Delta variant in the United Kingdom. Of those, 166 were hospitalized. The study, which looked at emergency hospital admissions in England, was conducted from April 12 through June 4. The World Health Organization has classified the Delta variant as a strain of concern given its association with the increased transmission.

While the vaccines have shown high efficacy against hospitalization, the government report said additional data is needed in order to establish the level of protection against mortality from the Delta variant. The report quickly noted that, as with other variants, the level of protection against mortality provided by the vaccines is expected to be high.

That news is particularly promising following a report from Scotland that shows the Delta variant doubles the risk of hospitalization in unvaccinated individuals. Prime Minister Boris Johnson had been expected to loosen COVID-19 restrictive protocols this week, but a rise of infections related to Delta caused him to hold off, Reuters reported. The Delta variant is considered more infectious and transmissible than the Alpha variant.

Citing Gottlieb’s appearance on CBS, Fox News reported that Delta variant infections in the United States are doubling every two weeks. Currently, Delta is responsible for about 10% of infections in this country.

“That doesn’t mean we’re going to see a sharp uptick in infections but it does mean that this is going to take over and I think the risk is really to the fall that this could spike a new epidemic heading into the fall,” Gottlieb warned.

The strain has been seen in multiple parts of the U.S. While vaccines are showing efficacy against the strain, it is still possible for inoculated individuals to become infected with Delta, as with other strains. The Associated Press reported that a Hawaii resident who traveled to Nevada in May has tested positive for the variant. Although the AP did not provide information as to which of the three vaccines available in the United States he received, the individual was vaccinated.

As BioSpace previously reported, the Delta variant has been linked to symptoms not typically seen in COVID-19 patients, including hearing impairment, severe gastric upsets, and blood clots leading to gangrene.