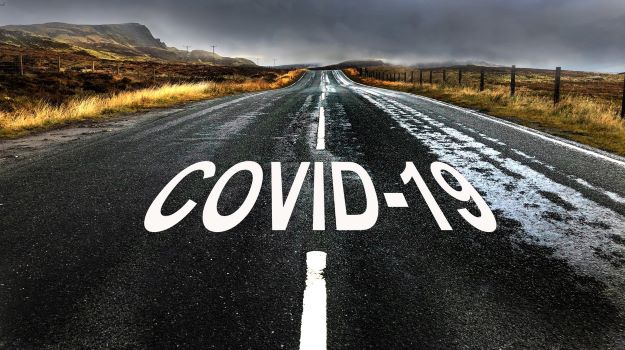 Sadly, the COVID-19 pandemic is still with us, despite the accessibility of effective vaccines and treatments. Here’s a look at some of the latest COVID-19 news.

After the U.S. Food and Drug Administration’s vaccines advisory panel voted to recommend Novavax’s COVID-19 vaccine for an emergency use authorization (EUA), most everyone expected a fast decision by the agency. But like almost everything about the Novavax vaccine in the U.S., there’s been a snag. The agency reports it plans to review changes to the company’s manufacturing process before it authorizes the vaccine. Novavax informed the agency regarding changes to its manufacturing process on June 3, only a few days before the adcom meeting. The company has had problems with manufacturing processes in the past.

“FDA will carefully review this and any additional information submitted by the firm as part of its ongoing assessment and prior to authorizing the vaccine for emergency use,” FDA spokesperson Abby Capobianco stated.

Manufacturing problems have delayed production around the world. Company CEO Stanley Erck recently said those problems were resolved and “are well behind us.” Novavax has distributed more than 40 million doses as of March 2022 in Asia, Europe and elsewhere. The Serum Institute of India manufactured the shots for Novavax, which is based in the U.S.

HIV Appears to Increase Susceptibility to COVID-19 Even After Vaccination

A study by Johns Hopkins University found that the risk of COVID-19 infection in HIV patients was 28% higher even after receiving the first two primary doses. Researchers evaluated the risk of COVID-19 infection in 113,994 vaccinated patients, of whom 33,029 had HIV and 80,965 who did not. The participants received either two doses of the Pfizer-BioNTech or Moderna vaccines (93%) or one dose of the Johnson & Johnson vaccine (7%) at least 14 days earlier. The study was conducted through December 31, when the Delta and Omicron variants were predominant. Seventy percent of the participants were 55 years or older and male (92%).

The study found the overall risk of COVID-19 was only 3.8% but was nonetheless 28% higher in participants with HIV. The rate post-vaccination was highest in J&J recipients, followed by Pfizer-BioNTech, with Moderna at the lowest risk level.

Moderna Expects to Have Omicron-Specific Booster Available by Late Summer

Moderna is evaluating a bivalent COVID-19 vaccine that contains the original Spikevax vaccine and a newer version, mRNA-1273.214 that contains an Omicron-specific vaccine, the company announced Thursday. In a Phase II/III trial, it demonstrated superior antibody response against Omicron. Moderna expects to submit data to regulators soon with expectations of it becoming available in late summer.

The data generated so far found that levels of neutralizing antibodies against Omicron in people receiving the bivalent shot were 1.75 times higher than in people who received a booster of Spikevax. The study, however, did not evaluate the efficacy of the modified booster shot.

“I think the data clearly shows this is a superior booster,” Stephen Hoge, Moderna’s president, said.

Breakthrough cases of COVID-19 are defined by the CDC as when a fully vaccinated individual gets infected with the virus. Early in the pandemic after vaccines were developed, these were rare, but they have grown increasingly common. This appears to be due to the gradual waning of immunity over time and the rise of variants, particularly the Omicron subvariants, that are much better at evading immunity. The vaccines are still very effective at preventing severe disease, hospitalization or death. Experts also suggest that the sheer volume of COVID-19 cases also increased the risk for the vaccinated.

Last month, Dr. Anthony Fauci, the White House’s chief medical advisor and director of the National Institute for Allergy and Infectious Diseases, told CBS  News, “As long as you have vulnerable people in the population, even though the unvaccinated are going to be much more at risk, even vaccinated with underlying conditions and a high degree of susceptibility to severe disease will account for those deaths.”