Novavax on the Verge as FDA Adcom Recommends COVID-19 Vaccine 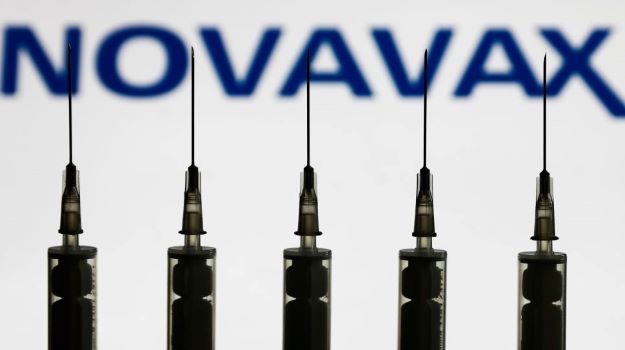 The United States is likely to have access to a fourth COVID-19 vaccine in about a week. On Tuesday, the U.S. Food and Drug Administration’s Vaccines and Related Biological Products Advisory Committee voted 21-0 with one abstention to recommend the authorization of Novavax’s COVID-19 vaccine.

Next, the vaccine will go before the agency, which is likely to grant it Emergency Use Authorization (EUA). It will then go to the U.S. Centers for Disease Control and Prevention for authorization before it can be made available to the U.S. public.

Prior to Tuesday's meeting, the FDA released briefing papers expressing concern over four cases of heart inflammation, or myocarditis, that were observed in pivotal clinical trials. This is the same issue that has been noticed in some of the other vaccines, particularly the AstraZeneca vaccine, although it has also been observed with the Pfizer-BioNTech and Moderna shots. However, those are still very rare incidents, of generally less clinical concern than COVID-19.

The EUA submission is built on data from a Phase III clinical trial conducted with about 30,000 people between December 2020 and September 2021. Overall efficacy was 90.4% and 78.6% in people 65 years and older. That study was conducted before the rise of the Delta and Omicron variants, although the briefing documents indicated that, “based on the efficacy estimate in the clinical trial of this vaccine, it is more likely than not that the vaccine will provide some meaningful level of protection against COVID-19 due to Omicron, in particular against more severe disease.”

In a presentation to the adcom, Dr. Lucia Lee, M.D., an official with the FDA’s division of vaccine research, said, “The study was conducted quite a while ago and said the cases that accrued were not during the time that Omicron was circulating.”

Dr. Filip Dubovsky, M.D., Novavax’s chief medical officer, said that results from its adolescent study demonstrated that two doses of the shot induced an immune response against Omicron, although, like the other vaccines, it was lower than against the wildtype Wuhan strain. A third dose boosted it against Omicron to comparable levels to the first two shots against the wild-type strain.

“It’s factual that we don’t have efficacy data against Omicron, what we do have is a technology that we think generates a broad immune response, demonstrated against a broad array of variants,” Dubovsky said.

The company has since initiated a Phase III trial of its vaccine against the Omicron strain on May 31. This particular vaccine trial is of a bivalent vaccine that contains both NVX-CoV2373 and NVX-CoV2515. NVX-CoV2373 is the vaccine currently on the market in other countries and reviewed in the U.S. The trial will last 10 months with initial results expected in the second half of 2022.

The Novavax vaccines use a more traditional form of the vaccine manufacturing process where copies of the spike protein are grown in insect cells, purified and placed into nanoparticles with an immune-stimulating adjuvant. The newer mRNA vaccines package a piece of mRNA coding for the spike protein in a nanoparticle. Protein vaccines have been used in numerous other vaccines, such as for hepatitis B and shingles. It also requires less stringent temperatures for transportation and storage than the mRNA vaccines from Moderna and Pfizer-BioNTech.

Novavax has struggled with manufacturing difficulties, which have delayed production around the world. Company CEO Stanley Erck indicated that those problems have been resolved and “are well behind us.” They have distributed more than 40 million doses as of March 2022 in Asia, Europe and elsewhere. The Serum Institute of India manufactured the shots for Novavax, which is based in the U.S.

Both Novavax and the FDA hope that Novavax’s use of more traditional technology will overcome reluctance on the part of people who don’t trust the mRNA vaccines. The Johnson & Johnson vaccine doesn’t use mRNA technology, but the CDC placed restrictions on its use because of blood clots, especially in women.

Still, it’s not clear how much of a U.S. market there is for the Novavax vaccine. Approximately 76% of adults 18 and older have already received two doses, most with the Pfizer-BioNTech and Moderna shots. That still leaves about 27 million adults in the U.S. who have not received even a single dose. What’s not clear is if this new option will make a dent.