COVID-19 Booster Shots, the Flu and You 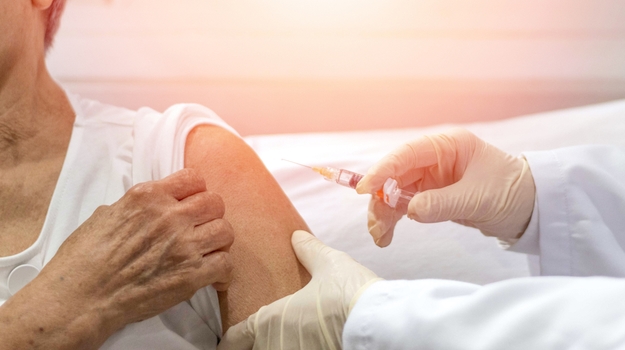 The days are getting shorter, the trees more colorful and Americans are faced with the same familiar questions: what are my kids’ teachers going to be like? Will the flu shot be effective this year? Then there is the classic: can I get my COVID-19 booster shot at the same time as the flu vaccine? BioSpace can’t help with the first one, but we did take a close look at the second two.

There is concern among experts that this year’s flu shot could be rendered less effective by limited reporting data. In February, the World Health Organization (WHO) issued advice on what to include in the vaccine formulation for countries in the northern hemisphere. However, the Independent reports that due to border and travel restrictions, there has been a 62% drop in shipments of influenza surveillance samples.

“We saw quite a big reduction in the labs supplying the genetic sequence data to WHO, and around September last year, we saw a 94 percent drop in the genetic sequence data that was reported into the database. So this has had a massive impact in the reporting. We could have reduced the opportunity to identify viruses as they emerge,” said Dr. Beverly Taylor, head of influenza and scientific affairs at Seqirus.

While last flu season saw fears of a “twindemic” go largely unfounded, there are fears that recent lockdowns could also lead to a lack of natural immunity against the flu.

“Every year, anywhere between 20 to 30 percent of the population gets its immunity sort of boosted and stimulated by being exposed to the flu virus. We are not going to have that this year,” said Richard Webby, a virologist at the St. Jude Children’s Research Hospital in Memphis.

At the same time, last year’s reprieve – between late September 2020 and late April 2021, the New York Times reported that there were 2,000 cases recorded as opposed to an average of 206,000 in recent years – may mean that this year’s strains are less dangerous as they have not had the opportunity to evolve.

“We don’t really have a clue,” Webby stated. “We’re in uncharted territory. We haven’t had an influenza season this low, I think as long as we’ve been measuring it. So what the potential implications are is a bit unclear.”

On August 18, the U.S. Centers for Disease Control and Prevention (CDC) and the Food and Drug Administration (FDA) issued guidance stating that anyone who had received two shots of either the Pfizer-BioNTech or Moderna mRNA COVID-19 vaccines would be eligible to receive a booster shot eight months after their second vaccine. Boosters will be available beginning September 20, a timeline that has them on a collision course with the advent of flu season. According to the CDC, influenza activity usually begins to increase in October.

So, is it safe to get vaccinated for both the flu and COVID-19 around the same time? According to Dr. Michelle Barron of UCHealth, this will not be a problem.

“You can get them at the same time,” Barron said. “At the beginning, we discouraged anybody from getting vaccines within two weeks of getting their original COVID shot, but there’s a lot of evidence now that says it’s perfectly safe to get any vaccine you need in combination. We just warn you that maybe, put them in different arms so you don’t have a really sore arm afterward.”

AdventHealth epidemiologist Dr. Vincent Hsu suggested that people could even get "one in each arm" at the same time.

CDC guidance concurs. While the agency had previously recommended a 14-day waiting period between the COVID-19 shot and other vaccines, it revised this guidance in May.