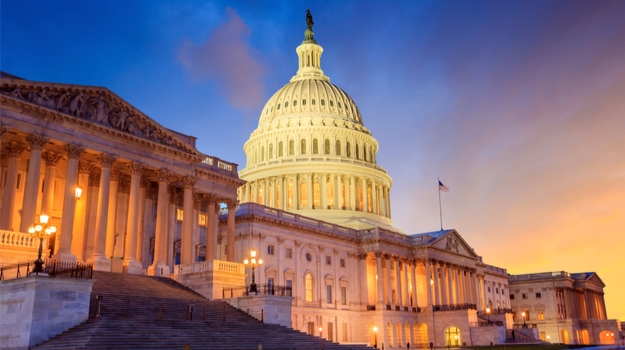 The efforts made by some pharmaceutical companies to hinder generic competition have drawn the ire of Congress. On Thursday, members of both the U.S. House of Representatives and the U.S. Senate introduced legislation that targets efforts that have limited competition, which keeps the price of prescription drugs high.

These new bills result from a three-year investigation conducted by the House Committee on Oversight and Reform that honed in on anti-competitive efforts within the industry that have prevented generic drugs and biosimilars from entering the market which would provide Americans with lower-priced treatment options. During its ongoing investigations, the congressional investigators particularly shone a spotlight on AbbVie and its efforts to protect the revenue streams generated by Humira Imbruvica. The investigation also paid close attention to Amgen and its efforts to protect Embrel and the energy used by the makers of multiple diabetes drugs, Eli Lilly, Sanofi and Novo Nordisk.

The legislation package contains three bills that the committee members said will "promote innovation, enhance transparency in research and development spending, and prevent an anti-competitive practice that suppresses generic competition."

The first bill, "The Discounted Drugs for Clinical Trials Act," would amend the Federal Food, Drug, and Cosmetic Act in order to provide researchers access to drugs or biologics at a price that is no higher than the cost of manufacturing the product. This would lessen the costs of research and promote innovation. The congressional investigators said some companies have kept the costs of their products at a high price in order to impede the clinical research of potential competitors.

The "Pharmaceutical Research and Transparency Act of 2022" is designed to amend the Public Health Service Act and the Security Exchange Act in order to increase transparency into the costs of clinical trials, which are not regularly disclosed by the industry. The bill would require drug companies to report disaggregated clinical trial costs in filings with the U.S. Securities Exchange Commission within one year of trial completion.

The legislation is expected to provide "valuable data on companies' investments in innovation and enable evaluation of pharmaceutical industry claims about R&D." The bill's impetus came from the three-year investigation that showed companies "spend more to enrich shareholders and executives than they do on R&D."

The third legislative bill, "The Generic Substitution Non-Interference Act," aims to block anticompetitive practices surrounding the "dispense as written" prescriptions for branded drugs, even when a generic is available. The investigation found evidence that pharmaceutical companies persuade prescribers to use "dispense as written" tactics in order to preserve the market for their drugs, the lawmakers said.

"In 2022, no one should be making the hard choice of paying for needed medications or paying the rent. Unfortunately, one in four Americans has trouble affording their medications," said U.S. Rep. Carolyn B. Maloney, chairwoman of the House Committee on Oversight and Reform said in a statement. "In my committee's investigation, we found that Big Pharma manipulates our health care system to suppress competition and increase profits. These three bills target Big Pharma's manipulative practices in order to strengthen competition, promote innovation, and increase transparency into research and development costs—all of which will help make drugs more affordable."

In addition to these three new pieces of legislation, there have been other efforts from Congress and the federal government to impose drug price controls. Currently, the U.S. Senate is taking up legislation passed in the House that would set a $35 cap on the price of insulin used by millions of diabetics across the country. According to a 2020 U.S. Department of Health report, the average gross manufacturer price for a standard unit of insulin in 2018 was more than 10 times the price of insulin in 32 other countries and around eight times higher than all other countries.

Over the years, there have been multiple proposals from the government to combat the high price of prescription drugs. The previous administration imposed multiple executive orders aimed at lowering the costs of prescriptions, including the "favored nations clause" the president floated two years ago that would also link U.S.-paid prices to those paid by other governments around the world.