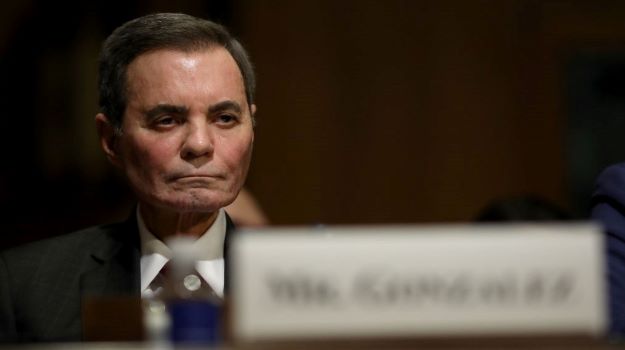 The U.S. House Oversight and Reform Committee slammed AbbVie for price increases on its blockbuster drugs Humira (adalimumab) and Imbruvica (ibrutinib). The committee said the company profited from patients and taxpayers.

In a report released ahead of the meeting, the committee said AbbVie used various tactics to increase drug sales while raising prices. Some of those tactics included exploiting the patent system to extend its market monopoly, abusing orphan drug protections to block competition, and engaging in anticompetitive pricing practices.

The House Oversight and Reform Committee has had its eyes on AbbVie for some time. Last year, the committee issued a subpoena to the company after claiming the company would not voluntarily work with Congress to address its questions.

Humira, a treatment for rheumatoid arthritis and other inflammatory diseases, generated nearly $20 billion in revenue for AbbVie in 2019 and $16 billion in 2020. When the government issued its subpoena in 2020, it noted that for ten years of 2009-2019, AbbVie had increased the price of Humira 18 times.

The committee noted that charges approximately $77,000 for a year’s supply of Humira—470% more than when the drug was launched in 2003. Despite the approval of multiple biosimilars to Humira, the company’s thicket of patents prevents any such competition in the United States until 2023. For many years, Humira has been the top-selling drug in the world.

Imbruvica, the company’s treatment for chronic lymphocytic leukemia co-developed by Janssen, brought in $4.8 billion in 2019. Congress said the companies charge more than $181,529 for a year’s supply of Imbruvica—82% more than when the drug was launched in 2013.

During testimony before the committee on Tuesday, AbbVie Chief Executive Officer Richard Gonzales said the company offers financial assistance for patients who cannot afford the medication. He also blamed the structure of Medicare's Part D program for the high costs for some patients, NBC reported.

“The program's design has put a significant cost burden on them. For these patients, reducing drug prices alone will not alleviate the challenge of access and affordability,” he said.

Because Medicare cannot negotiate pricing for drugs it covers, the committee report shows the company profited about $10 billion from Medicare Part D coverage of Humira alone during that same time due to the increases, the government said.

The committee noted that AbbVie’s executives have significantly benefited financially from the considerable price increases. From 2013 to 2020, the committee said Gonzales was paid approximately $170 million.

Additionally, the government said AbbVie’s internal documents show that from 2015 to 2018, “senior executive bonuses were tied directly to Humira net revenue, allowing them to profit from AbbVie’s price increases.”

In its investigation, the committee said the current rebate system could not justify the price increases for the drugs. Internal data show that AbbVie’s list price hikes for Humira and Imbruvica far outpaced any discounts and rebates paid to pharmacy profit managers and other members of the supply chain, the committee said.

The government also pointed to the price differences between the U.S. market and overseas. AbbVie charges significantly higher prices in the United States than elsewhere due to overseas price controls.

In 2019, former committee chairman Rep. Elijah Cummings, who died in October of the same year, announced the government would investigate the pricing practices of 12 drug companies that sell 19 of the most expensive medicines sold in the United States.

When the investigation began, Cummings wrote to AbbVie Chief Executive Officer Richard Gonzalez and other top officials in the industry to request information on price increases, investments in research and development, and corporate strategies to preserve market share and pricing power for its medications.