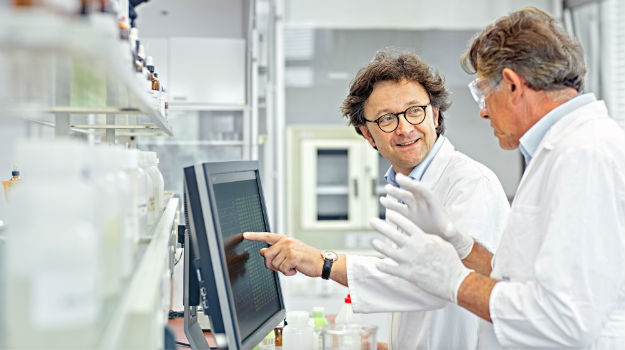 Biopharma companies large and small are involved in numerous clinical trials. Here’s a look at some of the top stories from last week.

Kalytera Therapeutics announced interim data from its Phase II clinical trial of cannabidiol (CBD) for the prevention of acute graft versus host disease (GVHD). The data to this point is significantly positive. As a result, the company indicated it will not enroll the high dose cohort in its ongoing Phase II trial but will advance directly to a Phase III clinical registration study. The earlier low-dose cohort also had unexpectedly positive results. The reduction of the incidence of acute GVHD from a historic norm of 60-70% in patients receiving bone marrow transplants from matched unrelated donors to less than 10% using CBD. The Kalytera CBD product is a proprietary formulation.

Alkahest dosed the first patient in its Phase II clinical trial of its proprietary human plasma fraction, GRF6021, given before or after primary hip or knee arthroplasty. GRF6021 was developed with Grifols, as it GRF6019. Both are proprietary plasma fractions developed to treat age-related diseases. In animal models they have improved deficits in learning and memory, and reduced neuroinflammation. They are both involved in ongoing Alzheimer’s and Parkinson’s disease clinical trials. GRF6021 is being evaluated in knee arthroplasty for its anti-inflammatory properties.

ActoBio Therapeutics, a subsidiary of Intrexon Corporation, announced that its Investigational New Drug (IND) application for AG017, an oral candidate for celiac disease, has been approved by the FDA. The company plans to enroll celiac disease patients in the Phase Ib/IIa trial in the U.S. and Europe later this year. AG017 is based on the safe food-grade bacterium Lactococcus lactic that is specifically engineered to express a gliadin peptide in combination with an immunomodulating cytokine.

Knopp Biosciences launched Phase II dose-ranging clinical trial in moderate-to-severe eosinophilic asthma. The company expects to report top-line data in the second half of 2020. The 12-week biomarker study is expected to randomize about 100 patients with eosinophilic asthma to investigate response to three difference doses of dexpramipexole.

AstraZeneca announced that its Phase III DAPA-HF clinical trial of Farxiga (dapagliflozin) met its primary endpoint in decreasing cardiovascular death or the worsening of heart failure compared to placebo. Farxiga is a first-in-class, oral SGLT2 inhibitor approved as a monotherapy and as a combination treatment to improve blood sugar control in type 2 diabetes. However, in this trial, the drug successfully decreased the risk of heart attacks or disease progression in patients with a common type of heart failure. The patients in the trial had reduced ejection fraction (HFrEF) and were receiving standard-of-care treatment. About 40% of the patients in the trial also had type 2 diabetes, which is common among heart failure patients.

Group K Diagnostics and Health Network Laboratories are collaborating on a clinical trial using GKD’s microfluidic point-of-care device, the MultiNostic. The trial will substantiate the device’s accuracy and effectiveness. The device is designed to produce accurate results in 20 minutes or less using blood from a finger stick.

Fulcrum Therapeutics initiated ReDUX4, a Phase IIb clinical trial of losmapimod in facioscapulohumeral muscular dystrophy (FSHD). Losmapimod is a selective p38alpha/beta MAPK inhibitor. The multicenter trial is a randomized, double-blind, placebo-controlled, 24-week trial and will enroll patients with genetically confirmed FSHD. The primary endpoint is the efficacy of the drug in inhibiting or reducing DUX4-driven gene expression, which will be measured by a subset of DUX4-regulated gene transcripts in skeletal muscle biopsies.

Outlook Therapeutics completed patient enrollment in the NORSE 1 Phase III clinical trial evaluating ONS-5010 against ranibizumab (Lucentis) for wet age-related macular degeneration (wet AMD). ONS-5010 is an ophthalmic formulation of bevacizumab to be administered in an intravitreal injection. It is a full-length humanized anti-VEGF antibody. The trial has enrolled 61 patients at nine sites in Australia, the first of two ongoing Phase III trials evaluating the drug against Lucentis in wet AMD.

NuCana has suspended enrollment of new patients in its Phase III ACELARATE trial on the advice of the Independent Safety and Data Monitoring Committee (ISDMC) after a prespecified futility analysis. The trial has enrolled 200 patients with metastatic pancreatic cancer who were not eligible for combination chemotherapy. The trial is designed to evaluate Acelarin monotherapy compared to gemcitabine. The futility analysis indicated that the primary endpoint, a 42% reduction in risk of death compared to gemcitabine, was unlikely to be met. The company plans to suspend recruitment, allow the data to mature and analyze more subpopulations of the trial. Acelerin is a new chemical entity derived from the nucleoside analog gemcitabine, a common chemotherapy drug. The drug is being evaluated in three clinical trials for pancreatic cancer, not halted, biliary tract cancer, and ovarian cancer.

Landos Biopharma dosed the first patient in its Phase II trial of BT-11 in mild to moderate ulcerative colitis (UC). The trial will enroll 195 UC patients in 11 countries with 60 locations across the U.S., Europe and Eastern Europe. BT-11 is an oral, gut-restricted, first-in-class drug for UC and Crohn’s disease. It targets the Lantionine Synthetase C-Like 2 (LANCL2) pathway that affects the GI tract and the immunoregulatory process.

Teva Pharmaceutical’s anti-CGRP drug fremanezumab hit its primary endpoint in the Phase IIIb FOCUS clinical trial. The drug showed superiority compared to placebo across all primary and secondary endpoints, reducing the average number of monthly migraine days. The drug has been approved in the U.S. and Europe for the prevention of migraine in adults under the brand name Ajovy. This trial looked at two doses of fremanezumab in patients with episodic or chronic migraine with documented inadequate response over the past 10 years to two-to-four pharmacological classes of migraine prevention drugs, including beta-blockers, valproic acid, calcium channel blockers and more.

MyoKardia dosed the first patients in a Phase I clinical trial of MYK-224 for hypertrophic cardiomyopathy (HCM). The trial is planned to determine the safety, tolerability and pharmacokinetics of MYK-224. It will enroll adult healthy volunteers and randomize them into cohorts of eight, randomized 3 to 1 to receive MYK-224 or placebo.

Retrophin’s Phase III FORT trial of fosmetpantotenate in pantothenate kinase-associated neurodegeneration (PKAN) failed to meet its primary endpoint and secondary endpoint. PKAN is a rare, genetic, life-threatening neurological disorder characterized by progressively debilitating symptoms beginning in early childhood. Those symptoms include movement disorders like sustained muscle contraction, rigidity, problems swallowing, twisting and writing, and visual impairment. The FORT trial was looking at the safety and efficacy compared to placebo in 84 patients with PKAN.

ViiV Healthcare, majority-owned by GlaxoSmithKline, announced positive results from its ATLAS-2M trial of its long-acting, injectable, two-drug regimen of cabotegravir and Janssen’s rilpivirine for HIV. The primary endpoint was showing that the combination was as effective in maintaining viral suppression through the 48-week study period as monthly dosing in adults with HIV-1 infection.