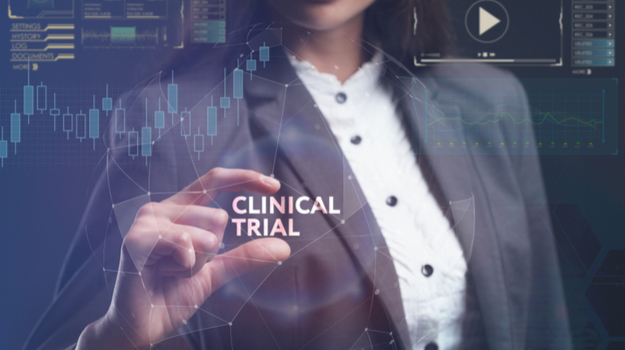 Even with a shortened week due to the U.S. Thanksgiving holiday, there was plenty of clinical trial news and updates. Here’s a look.

Genentech, a Roche company, presented positive results from the Phase III IMbrave150 clinical trial of Tecentriq (atezolizumab) in combination with Avastin (bevacizumab) in unresectable hepatocellular carcinoma (HCC) in people who haven’t received previous systemic therapy. Tecentriq is the company’s PD-L1 checkpoint inhibitor. Avastin is an antibody that binds to VEGF and interferes with tumor blood supply.

In the trial, the drug combination showed statistically significant and clinically meaningful improvements in overall survival (OS) and progression-free survival (PFS) compared to the cohort receiving the tyrosine kinase inhibitor sorafenib. Sorafenib is marketed by Bayer as Nexavar. The Tecentriq-Avastin combination decreased the risk of death by 42% and the risk of disease getting worse or death (PFS) by 41%.

Akcea Therapeutics, an affiliate of Ionis Pharmaceuticals, initiated the NEURO-TTRansform Phase III clinical trial of AKCEA-TTR-LRx in polyneuropathy caused by hereditary TTR amyloidosis. The therapy is an antisense drug designed to inhibit production of TTR. The trial will evaluate the efficacy and safety of the therapy in patients with polyneuropathy due to hATTR amyloidosis. It will enroll 140 adults with stage 1 or stage 2 polyneuropathy and be compared to the historical placebo arm from the TEGSEDI (inotersen) NEURO-TTR Phase III trial completed in 2017.

Immunovant initiated dosing in ASCEND-GO 2, its Phase IIb clinical trial of IMVT-1401 in patients with moderate-to-severe active Graves’ ophthalmopathy. IMVT-1401 is a fully human monoclonal antibody that selectively binds to and inhibits the neonatal Fc receptor. In the trial, 77 patients are planned to receive 12 weekly subcutaneous injections of various doses of the drug or a placebo.

Tetra Bio-Pharma announced the FDA authorized the advancement of Plenitude, its clinical trial for QIZLEEF (PPP001) for uncontrolled pain in advanced cancer patients. Plenitude is a four-week double-blind, randomized, placebo-controlled, parallel group design to evaluate the safety and efficacy of inhaled PPP001 on uncontrolled cancer pain in 78 adults. PPP001 is a first-generation cannabinoid therapeutic.

Takeda presented updated data from the Phase III ALTA-1L trial of Alunbrig compared to crizotinib in adults with advanced anaplastic lymphoma kinase-positive (ALK+) non-small cell lung cancer (NSCLC) who had not received a prior ALK inhibitor. With more than two years of follow-up, Alunbrig decreased the risk of disease progression or death by 76% in newly diagnosed patients whose disease had spread to the brain at the time of enrollment and a 57% decrease in risk of disease progression or death in all patients.

CymaBay Therapeutics terminated its Phase IIb trial of seladelpar in non-alcoholic steatohepatitis (NASH) and its recently launched Phase II trial of the drug in primary sclerosing cholangitis (PSC). It is also placing a hold on all studies of seladelpar in patients with biliary cholangitis (PBC). This was based on initial histological findings in the NASH study, which revealed atypical liver biopsies findings.

Oyster Point Pharma announced positive top-line results from its Phase I ZEN trial in healthy volunteers. ZEN is an open-label, single-center, randomized, two-way crossover study of the relative bioavailability of varenicline administered as a preservative-free nasal spray (OC-01) compared to varenicline administered orally as a single oral dose of Chantix. The top-line data showed the relative bioavailability of OC-01 was 13 times lower than a single dose of the highest strength Chantix tablet.

ACADIA Pharmaceuticals announced positive top-line data from its Phase III ADVANCE trial of pimavanserin in schizophrenia. The trial studied the efficacy and safety of adjunctive pimavanserin dosages in patients with predominantly negative symptoms of schizophrenia who had adequate control of positive symptoms with their current antipsychotic treatment.

The drug showed a statistically significant improvement in the trial’s primary endpoint, the change from baseline to week 26 on the Negative Symptoms Assessment-16 (NSA-16) total score compared to placebo. A greater improvement in the NSA-16 total score was 53.8% in the pimavanserin cohort compared to placebo. However, the drug did not hit the key secondary endpoint, the Personal and Social Performance (PSP) scale.

ANCA vasculitis is a systemic disease of the complement pathway, part of the immune system, that is over-activated. This further stimulates neutrophils, which leads to inflammation and destruction of small blood vessels, causing organ damage and failure. The kidney is typically the major target and can be fatal if untreated. The trial met both primary endpoints, disease remission at 26 weeks and sustained remission at 52 weeks, as assessed by the Birmingham Vasculitis Activity Score (BVAS).

InspireMD presented data from an updated registry study on the CGuard Embolic Prevention System (EPS) for prevention of stroke caused by carotid artery disease. The data continued to suggest that treatment of carotid artery stenosis with CGuard EPS results in lower rates of stroke and restenosis than other treatments.

TFF Pharmaceuticals initiated a Phase I trial of its voriconazole inhalation powder to treat invasive pulmonary aspergillosis (IPO). IPO is a severe and potentially fatal fungal infection. The company’s Thin Film Freezing (TFF) platform improves the solubility and absorption of poorly water-soluble drugs and is well-suited to create dry powder particles with properties targeted for inhalation delivery, especially deep in the lungs.

TauRx, based in Aberdeen, Scotland and Singapore, published unexpected results from a pharmacokinetic analysis of the drug hydromethylthionine (LMTM) in Alzheimer’s disease. The research was published in the Journal of Alzheimer’s Disease. Hydromethylthionine is a WHO-approved, non-proprietary name for a drug previously called LMTM by TauRx. It acts by blocking abnormal accumulation of the tau protein in the brain. The key findings are that the effects don’t seem to be dependent on the amount of the drug the patients receive.

TLC enrolled the first patient in its Phase III EXCELLENCE pivotal clinical trial of TLC599 for osteoarthritis (OA) knee pain. TLC599 is a non-opioid, BioSeizer sustained release formulation of dexamethasone sodium phosphate (DSP). The EXCELLENCE trial will evaluate the efficacy and safety of a single and repeat dose of TLC599 12mg in about 500 patients with moderate to severe symptomatic knee OA with radiographic severity of Kellgren-Lawrence (KL) Grade 2 to 3. It will run at 40-50 sites in the U.S. and Australia.