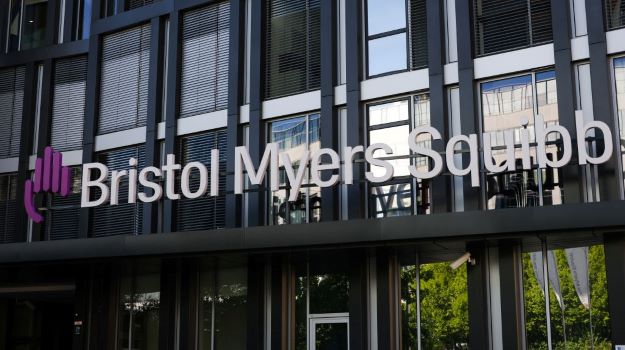 Significant advancements in the treatment of relapsed or refractory large B-cell lymphoma are on the horizon. At the American Society of Hematology meeting, this weekend, both Bristol Myers Squibb and Kite Pharma presented promising data from CAR-T programs aimed at this disease.

At ASH, BMS unveiled data that showed Breyanzi (liso-cel), a CD19-directed CAR-T cell therapy, as a second-line treatment in adults with relapsed or refractory large B-cell lymphoma, outperformed the current standard of care for patients in second-line relapsed or refractory LBCL, significantly improving event-free survival (EFS). BMS said that only a small portion of patients who have relapsed or refractory large B-cell lymphoma (LBCL) experience long-term benefits with high-dose chemotherapy and stem cell transplant. Data from the pivotal Phase III TRANSFORM study showed that Breyanzi significantly improved median event-free survival with a median of 10.1 months. Standard of care treatment only offered an improvement of 2.3 months with a 65% improvement.

Median progression-free survival was significantly longer with Breyanzi compared to standard of care, 14.8 months vs. 5.7 months.

Kite Pharma, a subsidiary of Gilead Sciences, showcased its own data in second-line relapsed/refractory large B-cell lymphoma (LBCL), the same indication as BMS’ Breyanzi. Data from the landmark Phase III ZUMA-7 study of Yescarta (axicabtagene ciloleucel) showed a 2.5 fold increase in patients who were alive at two years and had not required the need for additional cancer treatment or experienced cancer progression. Also, the data showed a four-fold greater median event-free survival for Yescarta compared to standard of care.

Kite said that improvements in EFS with Yescarta were consistent across patient subgroups, including the elderly, those with primary refractory disease, high-grade B-cell lymphoma including double-hit and triple-hit lymphoma and double expressor lymphoma.

Yescarta was the first CAR T-cell therapy to be approved by the U.S. Food and Drug Administration for the treatment of adult patients with relapsed or refractory large B-cell lymphoma.

Additionally, Kite announced significant long-term data showcasing the CAR-T therapy’s ability to provide meaningful improvements in quality of life compared with standard of care. Also at ASH, Kite unveiled data that showed Yescarta provided a five-year overall survival rate of 42%. Among those patients who saw a complete response to the CAR-T treatment, the five-year overall survival rate was 64.4%.

Perhaps most significantly, Kite said that among Yescarta patients who were still alive after five years, 92% needed no additional treatment since that first infusion of the CAR-T therapy. This suggests a potential cure for some of the patients, Kite said, in its announcement.

Other cell therapy data presented at ASH include:

The VOEs are defined as episodes of acute pain with no medically determined cause other than vaso-occlusion. That means that lovo-cel, a lentiviral gene therapy, has the potential to improve day-to-day life in sickle cell patients by eliminating the painful issues associated with the disease that can occur several times per month.

Additionally, the patients have achieved near normal levels of key hemolysis markers and experienced sustained improvements in patient-reported quality of life following treatment.

The bluebird gene therapy is designed to add functional copies of a modified form of the β-globin gene (βA-T87Q-globin gene) into a patient’s blood stem cells. Once the gene is added, their red blood cells are able to produce anti-sickling hemoglobin (HbAT87Q), which reduces the sickled blood cells that cause the disease.

The company said that cilta-cel, an investigational B-cell maturation antigen (BCMA)-directed CAR-T therapy, showed that patients who received an infusion continued to demonstrate deep and durable responses. Data showed that 83% of patients in the study achieved a stringent complete response (sCR) at 22 months. That is an 80% increase from the 18-month median follow-up presented earlier this year at the American Society of Clinical Oncology meeting.

Interim results from Poseida's Phase I/II PRIME study of P-BCMA-101 for the treatment of relapsed/refractory multiple myeloma show strong anti-tumor activity in patients with advanced forms of the disease. P-BCMA-101 in combination with rituximab achieved an improved overall response rate of 78% and 100% overall survival.

P-BCMA-101 is a non-viral transposon-based autologous CAR-T. The data from the PRIME study have been used to inform the company’s development of its first allogeneic program, P-BCMA-ALLO1, also being developed in the same indication. In November, Poseida announced that it is winding down the P-BCMA-101 autologous program in favor of the allogeneic program, P-BCMA-ALLO1.