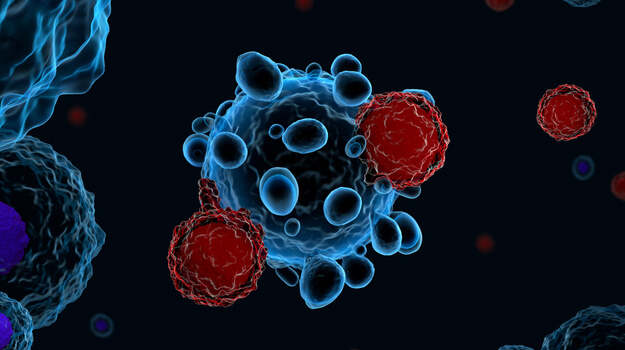 In its quarterly financial report issued Tuesday, Ostertag said the company would focus on advancing P-BCMA-ALLO1, the company’s first fully-allogeneic CAR-T product candidate. P-BCMA-ALLO1 is in development as a potential treatment for patients with relapsed/refractory multiple myeloma. In August, the U.S. Food and Drug Administration (FDA)greenlit the company’s Investigational New Drug (IND) application for P-BCMA-ALLO, which marked the strategic shift toward allogeneic CAR-T programs.

“The initiation of our P-BCMA-ALLO1 clinical trial represents the beginning of a long-planned strategic transition to what we believe is the ‘holy grail’ of cell therapy for oncology, a fully allogeneic CAR-T with a fully-humanized heavy chain BCMA binder and a high percentage of TSCM cells, which we believe are the key to success,” Ostertag said in a statement.

Ostertag noted that there was positive data for its P-BCMA-101 autologous program and offered what he believes are competitive advantages over other approved CAR-T drugs. The allogeneic off-the-shelf approach provides strategic benefits for the company. P-BCMA-ALLO1 has the potential to deliver up to hundreds of doses per manufacturing run, which dramatically reduces both clinical trial costs and commercial product costs compared to the autologous P-BCMA-101 program. As a result of that shift in focus, Poseida will now wind down the P-BCMA-101 program.

The company is not closing all of its autologous programs, though. Poseida continues to see promise with P-PSMA-101, a solid tumor autologous CAR-T product candidate. P-PSMA-101, a Phase I study, is being developed as a potential treatment for metastatic castrate-resistant prostate cancer patients. In August, the company presented preliminary data at the Sixth Annual CAR-TCR Summit virtual meeting that demonstrated meaningful patient responses while maintaining a favorable safety and tolerability profile. More data from this program is expected in the first half of 2022.

In other quarterly financial news:

Shares of Tricida, Inc. are down more than 3% this morning after the company announced Tuesday that it might not have enough money in the bank to continue the development of the VALOR-CKD renal outcomes clinical trial. Tricida said there is “substantial likelihood” it will not have the resources to continue the study long enough to reach the current target of 511 subjects with positively adjudicated primary endpoint events. As of Nov. 5, the trial has randomized more than 1,470 of its planned 1,600 subjects with an average treatment duration of approximately 19 months. The trial has accrued 159 of the 511 required subjects with positively adjudicated primary endpoint events, defined as renal death, end-stage renal disease, and/or greater than or equal to 40% reduction in estimated glomerular filtration rate.

The South San Francisco-based company does not believe that target will be hit until sometime in 2024. As a result, the Tricida team will meet with the U.S. Food and Drug Administration to discuss halting the study due to a lack of resources. The company said the halt will likely happen within the first half of 2022, which will provide it with approximately six months of financial runway upon receipt of the VALOR-CKD data. Tricida believes it has financial resources to fund its planned operations through 2022.

Ligand Pharmaceuticals announced plans to split its company into two different entities. One will feature the company’s OmniAb business, while the other will focus on Ligand’s Pelican protein expression platform and the Captisol business.

The OmniAb discovery platform enables the development of diverse antibody programs by using the company’s proprietary transgenic animals that are genetically modified to generate antibodies with human sequences.

“We believe more than ever that OmniAb offers one of the industry’s leading antibody discovery platforms and that the business is primed for success for years to come. After significant planning and analysis, we have concluded we are operating two distinct, high-growth companies within Ligand. Along with outside advisors we have determined the time is right to pursue a strategic plan to create two independent companies and accelerate investment into the OmniAb platform and technologies to further drive value,” Higgins said in a statement.

With another potential approval in the fourth quarter for an OmniAb asset, Higgins said a spin-off of a publicly-traded company is likely. However, Ligand’s board of directors has not approved a specific course of action. The company will continue to evaluate all options, which could preclude a spin-off company.