Abstracts Unveiled Ahead of ASCO, One Study Compares Novartis and Gilead CAR-T Therapies 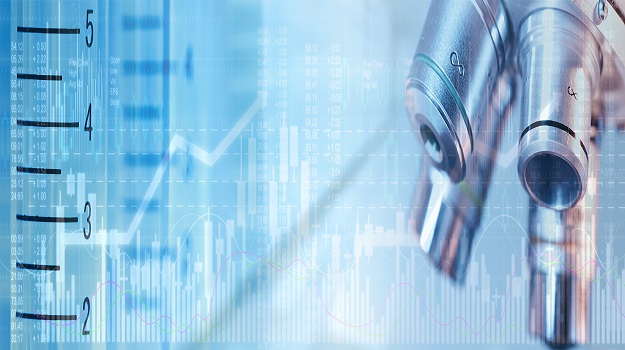 Wednesday was the big day for pharma and biotech companies to unveil abstracts ahead of the annual American Society of Oncology meeting in Chicago next month. Some companies have unveiled positive results that are making investors happy, while others… not so much. BioSpace looks at a handful of the abstract reports.

Novartis and Gilead – One abstract that may get a lot of attention is a Chinese study that has pitted the only two U.S. Food and Drug Administration CAR-T drugs against each other in a side-by-side comparison trial. The Chinese group ran a parallel trial to compare the CD28 (Gilead’s Yescarta) and 4-1BB (Novartis’ Kymriah) CD19-positive relapsed/ remitting B-cell acute lymphoblastic leukemia. The study included 19 patients in CD28 group and 28 patients in 4-1BB group. The abstract results seem to show that Novartis Kymriah has an advantage over other CAR-T products using 4-1BB and CD28 co-stimulatory domains. The objective response rate of the 4-1BB group was 100 percent. The ORR of CD28 group was 89 percent. Kymriah also appears to be safer, according to the abstract data.  Nearly all the patients in the groups, 45 of 47, experienced some degree of cytokine release syndrome, a common occurrence with CAR-T treatment. Of those 45 patients, 5 patients who had grade III-IV of CRS were all in the group who received the other CAR-T treatments. All adverse events were effectively controlled within one month, the Chinese group said.

Syndax Pharmaceuticals – Waltham, Mass.-based Syndax released updated results from multiple cohorts of the ongoing Phase II ENCORE 601 trial of entinostat in combination with Merck’s Keytruda across multiple cohorts of PD-(L)1 treatment-naïve and pre-treated cancers, including non-small cell lung cancer (NSCLC), melanoma and microsatellite stable colorectal cancer (MSS-CRC). The company said confirmed objective responses with the combination regimen have been observed across all cohorts. Additionally, the company said the therapeutic has a manageable toxicity profile. The news hasn’t moved the needle much on early trading. Shares are up just over 1 percent in premarket trading to $11.25.

Jounce Therapeutics – Cambridge, Mass.-based Jounce Therapeutics released data on its lead product candidate, JTX-2011, a monoclonal antibody that binds to and activates the Inducible T-cell CO-Stimulator (ICOS) and the news doesn’t appear to be good – investors have bailed on the company in early trading. Shares of Jounce are down more than 34 percent as Jounce showed off data from its therapeutic combined with Bristol-Myers Squibb’s OPDIVO. The study is examining the efficacy of the drug as a monotherapy and in combination across four different cancer types. The company said the treatment is well tolerated but it appears that in gastric cancer the efficacy is not what was hoped for. Results show low response rates to the therapy and that has sent investors running.

Tesaro, Inc. – Waltham, Mass.-based Tesaro Inc. presentation of five Zejula (niraparib) abstracts across multiple indications at ASCO. The company has paired Zejula, its PARP inhibitor, with checkpoint inhibitors in patients with triple-negative breast cancer or recurrent ovarian cancer. Tesaro is also testing Zejula in combination with Genentech’s Avastin (bevacizumab) in ovarian, breast and lung cancer. Nothing seems to be amiss in the abstracts as investors have responded favorably. Shares of Tesaro are up nearly 2 percent in early trading, which follows its nearly 3 percent gain on Wednesday.

Nektar Therapeutics – Shares of Bay Area’s Nektar are down about 5 percent after the company’s abstract showed its CD122-biased agonist NKTR-214 in combination with BMS’ OPDIVO did not generate as strong of an efficacious response as hoped. The combination revealed an objective response rate of 52 percent in the Phase I/II trial. For renal cell carcinoma, the ORR was reported to be 54 percent. Those middle-of-the-road rates may not be satisfactory following BMS’ heavy investment of $3.6 billion into Nektar earlier this year. Nektar’s experimental drug is designed to expand cancer-fighting T cells and natural killer (NK) cells in the tumor environment.