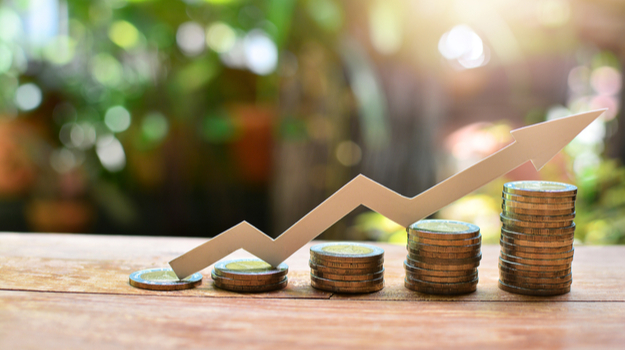 The last two weeks have marked the second-quarterly financial report by numerous biopharma companies. Here’s a quick look at some of the major ones.

On July 24, Biogen reported strong sales for the second quarter, with total revenues of $3.4 billion, up 9 percent compared to the same period in 2017. Multiple sclerosis (MS) revenues were $2.3 billion, with about $113 million being royalties for Ocrevus. Its relatively new drug for spinal muscular atrophy (SMA), Spinraza, brought in $423 million in global revenues for the quarter.

The company also indicated that it and Eisai Co would move ahead with late-stage clinical trials of BAN2401 for Alzheimer’s disease. They are working with regulators to design the studies and try to get Breakthrough Therapy designation or its global equivalents.

In a statement, AstraZeneca’s chief executive officer Pascal Soriot said the company’s “rich pipeline and sharp commercial focus make us confident that we have in place the right conditions for our return to growth this year.”

The results were so good that it raised its 2018 outlook for the second time this year. Sales for the first half of the year rose 7 percent to 28.1 billion Swiss francs, or $28.35 billion (U.S.), which beat out a Reuters poll average forecast of 27.5 billion francs. The core operating data increased to 11.2 billion francs compared to the poll’s projection of 10.369 billion francs.

“I am very pleased about the strong set of numbers,” the company’s Chief Executive Officer Severin Schwan told CNBC, “it is entirely driven by the uptick of our new medicine.” He was referring to its drug for multiple sclerosis, Ocrevus, which he called “the best launch in history of Roche ever. We’re only in the beginning, so I see continued growth from the new medicines, which help us offset and actually overcompensate for the entry of biosimilars, and that has been also the reason why we have raised our guidance for the full year.”

July 26 was a busy day for quarterly results. Despite what has been described as a series of missteps in the last year, Celgene’s second-quarter financial report was promising. The company reported total revenue of $3.814 billion for the quarter compared to $3.271 billion in the same quarter in 2017. Net income for the quarter was $1.045 billion, however, compared to $1.101 billion in the second quarter of 2017.

Also on the 26th, Bristol-Myers Squibb reported a strong second quarter, with total revenues of $5.7 billion, up 11 percent from the same quarter in 2017, when it reported $5.144 billion. Sales were driven by Eliquis (apixaban) and Opdivo (nivolumab).

On July 31, Pfizer reported its second-quarter financials, with adjusted earnings per share coming in at $0.81, exceeding the consensus forecast of $0.74, up 20.9 percent from the same period in 2017. The company’s revenues were $13.47 billion, up 4.36 percent in this quarter from the second quarter last year. It also beat the consensus projection of $13.33 billion.

“We reported solid second-quarter 2018 financial results, with total company revenues up two percent operationally, driven by the continued growth of key brands such as Eliquis, Ibrance and Xeljanz, as well as biosimilars and emerging markets,” stated Ian Read, Pfizer chairman and chief executive officer. “The performance of these growth drivers was partially offset by product losses of exclusivity, a decline in legacy Established Products in developed markets and ongoing legacy Hospira supply shortages.”

“In the second quarter, we achieved significant milestones in building our new rare Blood Disorder franchise and the successful continued execution of the global roll-out of Dupixent,” said Olivier Brandicourt, Sanofi’s chief executive officer, in a statement. “As the impact from the U.S. losses of exclusivity peaked in the second quarter, the growth of our diversified businesses largely compensated for these headwinds. We look forward to entering a new growth phase led by our increasing focus on Specialty Care and our leadership positions in Emerging Markets and Vaccines.”

On August 2, Regeneron Pharmaceuticals reported its second-quarter financial results, citing quarterly total revenues of $1.608 billion, up 9 percent from the same quarter in 2017 of $1.470 billion.

Revenue was driven by sales of Eylea, for diseases of the retina, and Dupixent for atopic dermatitis. For the quarter, Eylea brought in a total of $1.658 billion, up 13 percent total, with U.S. sales of $992 million, an increase of 8 percent from 2017’s quarterly figures. Dupixent reported quarterly sales of $209 million for the quarter.

And finally, today, Israel-based Teva Pharmaceutical’s second-quarter financial report led off with a dramatic 18 percent drop in quarterly revenue compared to the same period the year before. The company claims it is due to continued price erosion in the U.S. generics business, loss of revenue related to canceling some activities, divesting specific products, and generic competition for its Copaxone.

The company reported second-quarter sales of $4.7 billion. North American revenues for the quarter were $2.3 billion, a decrease of $906 million, or 29 percent, compared to the second quarter of 2017. It was partially offset by higher revenues from Austedo and the company’s distribution business. U.S. revenues were $2.1 billion in the quarter, down $899 million or 30 percent compared to second-quarter 2017.

“I am satisfied with our progress in the second quarter,” said Kare Schultz, Teva’s president and chief executive officer, in a statement. “The restructuring program is on schedule, we have already achieved a significant cost base reduction towards our target for the year and we continue to reduce our net debt. Copaxone maintained its market share and Austedo continued to show solid growth.”