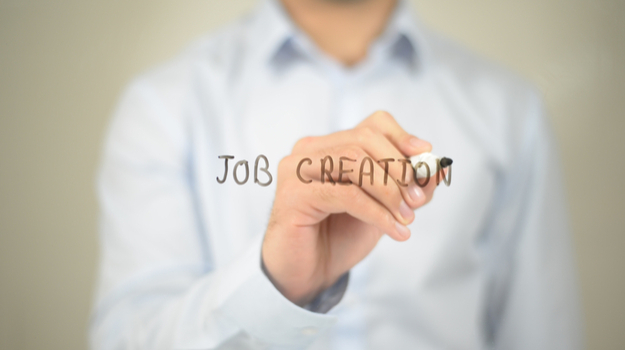 Earlier this year, BIO and TEConomy Partners released their 2018 “Investment, Innovation and Job Creation in a Growing U.S. Bioscience Industry” report. It was the eighth biennial report, and focused on the economic progress and the footprint of the industry geographically. It looked at performance, positioning and the latest trends in the industry for the country, states and metro areas.

Wages in the industry are “consistently higher and growing faster, on average, than those for the overall economy,” the report cites, “reflecting the skilled, high-quality jobs in demand. The average U.S. bioscience worker earned nearly $99,000 in 2016, 85 percent greater than the average for the overall private sector.”

With that in mind, here’s a roundup of biopharma companies that have announced hiring trends since the beginning of the year.

In early January 2018, Precipio Diagnostics announced it planned to triple the size of its sales force in 2018, with a focus on small to midsize oncology practices and hospitals that require pathology services.

Around the same time, Ra Medical Systems indicated it planned to bring on three or four new people each month as the company grows, and believes it will employ about 100 people by the end of the year. The company had a string of approvals at the end of 2018 that were cause for the hiring stimulus.

On January 25, MED-ALLY planned to create 90 new jobs within Berkeley County, according to South Carolina Governor Henry McMaster’s office. This was related to a new medical device manufacturing facility in the area.

On the same day, Amneal Pharmaceuticals expected to expand its New York facilities, which would create about 400 new jobs over the next 18 months.

On January 30, 2018, Baltimore-based Dracen Pharmaceuticals raised $40.5 million in equity financing from nine unidentified investors. The company is based on work by Barbara Slusher, professor of neurology, medicine, psychiatry, neuroscience and oncology at the Johns Hopkins University School of Medicine and director of Johns Hopkins Drug Discovery, and immunologist Jonathan Powell, with the Johns Hopkins Kimmel Cancer Center. With the funds raised, Dracen plans to hire about 12 staffers and consultants.

On February 2, when Amgen released its fourth-quarter financials, much of the focus was on the company’s cash availability of close to $70 billion. Another part of the story was Amgen’s plans to build a new manufacturing facility that will employ 300 people.

The company plans to invest $3.5 billion in capital expenditures over the next five years. About 75 percent will be in the U.S., up from about 50 percent in the preceding years. Part of the investment is $300 million for a new drug manufacturing site in the U.S. It is expected to add 220 jobs to the local economy and employ up to 300 full-time employees.

On February 28, Viela Bio, based in Gaithersburg, Maryland, spun out of AstraZeneca’s MedImmune with a Series A financing up to $250 million. Viela Bio will focus on inflammatory and autoimmune diseases. MedImmune provided three clinical and three preclinical compounds to the company, including inebilizumab. Inebiluzumab is currently in Phase II development. The company expects to bring staff up to about 100 over the next couple years.

On the same day, Inscripta, formerly known as Muse Biotechnologies, closed a Series C round of $55.5 million. As a result, it planned to expand its research operations and hire an undisclosed number of people.

In early March, B2S Life Sciences reported it planned to expand operations in Johnson County, Indiana and create up to 23 new jobs by 2020. The company develops pharmaceutical and diagnostic biological reagents. It was investing $1.5 million to expand and renovate its facility in Franklin, Indiana.

In late March, Novo Nordisk broke ground on a new manufacturing facility in rural Clayton, North Carolina. It’s not unusual for small communities to both welcome the jobs and business, while expressing concern over the changes to the community, and Clayton is no different.

The manufacturing plant will make active pharmaceutical ingredients (API) for several of Novo Nordisk’s current and future GLP-1 and insulin medicines for diabetes patients. The plan is expected to be fully operational in 2020.

The facility will have 833,000 square feet with a footprint of 417,639 square feet. It is expected to create almost 700 new jobs. The jobs will have an average salary of $68,000, which is $22,000 more than the current average salary and $15,000 more than the median household income in Johnston County. The company also projects an employment effect during the construction period of up to 2,500 people.

And in May, Biogen indicated that it was expanding in the Research Triangle Park, North Carolina area, and planned to hire another 150 staffers. It is part of the company’s development of novel antisense drug candidates. In the last year, the company has invested more than $25 million into expanding its site there.

In June, the Bill & Melinda Gates Foundation has spun off a biotech company called The Bill & Melinda Gates Medical Research Institute (MRI) located in Boston. The MRI has plans to have a staff of about 120 in the next three years. Its focus won’t be drug discovery, but instead expects to work with academic laboratories or biotech firms to help shepherd those programs through the early-to-middle stage drug development. At that point, MRI will hunt for commercial partners to take over.

In June, Israel-based Teva Pharmaceutical was in the midst of a $3 billion cost-cutting plan that includes cutting 14,000 jobs worldwide. Some of those jobs are in the U.S. But New Jersey approved a plan that would save 1,000 jobs in the state and relocate the company’s U.S. headquarters to Parsippany from its location in Pennsylvania.

The New Jersey Economic Development Authority approved a $40 million tax incentive package for Teva Pharmaceuticals USA that would run 10 years. The tax credits would be dependent on Teva saving 1,000 jobs by way of a combination of new hires and keeping existing jobs. In July, Teva agreed to move its U.S. headquarter to New Jersey, which will support more than 1,000 high-wage jobs in the state, including the transfer and creation of more than 800 positions.

AveXis, a Novartis company based in Illinois, is investing $55 million to build a new manufacturing facility in Durham, North Carolina. The facility will create 200 jobs.

AveXis will use the new plant to make its first product candidate, AVXS-101, a gene therapy to treat three types of spinal muscular atrophy (SMA). SMA Type 1, also known as Werdnig Hoffmann disease, is the most severe form of SMA.

In July, eviCore healthcare, a subsidiary of Express Holding Company, announced it was adding 100 jobs in St. Louis as part of its plan to expand services to healthcare providers. eviCore is a medical benefit management service.

In late July, Pfizer announced plans to build a sterile injectable pharmaceutical production facility in Portage, Michigan. The new facility, a 400,000-square-foot production plant, will create about 450 new jobs over the next several years.

And on August 8, Alnylam Pharmaceuticals announced it was moving forward with its new $200 million manufacturing plant in Massachusetts, which it expects to open in late 2019. Its goal is to have a full headcount by 2020 of 1,500 employees. When the company broke ground on the site two years ago, it told BioSpace that at least 150 people would be employed at that site. Reportedly, the company currently has about 800 employees