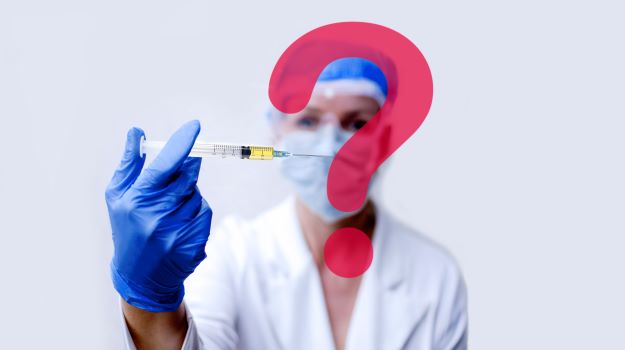 The COVID-19 pandemic and the virus that causes it, SARS-CoV-2, has been resilient, unpredictable and confounding from the very beginning. Is it a respiratory illness? An immune disease? Does it have cardiovascular symptoms? All of the above. And virologists who earlier in the pandemic noted that coronaviruses didn’t mutate much were way off the mark with the rise of variants, mainly Alpha, Delta and Omicron. Here’s a look at 5 top questions that may not have answers, but time may tell.

1. How many booster shots? At one point in the pandemic, before the rise of the Delta variant, many public health experts and immunologists said that a booster shot was unnecessary. It wasn’t until mid-August 2021 that the U.S. Food and Drug Administration (FDA) amended its Emergency Use Authorization (EUA)s for the Pfizer-BioNTech and Moderna COVID-19 vaccines to include a third shot for immunocompromised patients and eventually for the rest of the population. Since the rise of the even more infectious Omicron variant in December 2021 and January 2022, the possibility of a fourth shot has come up, but it’s currently much less clear if that will be necessary.

It seems clear that antibody levels drop fairly quickly after the initial and booster shots. This makes people more vulnerable to COVID-19 infections, but most data suggest that the vaccines and previous disease protect quite well against severe illness and death thanks to memory T and B cells, which provide longer-range immunity.

An open question is whether more infectious strains, such as Omicron’s sister variant BA.2, might require another dose or potentially a variant-focused vaccine. At this time, the data suggests that a fourth shot won’t be necessary for the general population.

A small study out of Israel in about 700 people found that a fourth dose of the mRNA vaccines doesn’t add much protection than the third dose, maybe 10 to 30%, and that is likely to wane over time as well. However, for immunocompromised people, whether from cancer treatment, HIV or something else, a fourth dose probably makes sense.

As is the case with so much of COVID-19, that may change and some public health officials suspect a fourth dose might be necessary in the fall when schools get back in session and people start spending more time indoors. But it’s also possible that with so much of the population vaccinated and/or previously infected, we will start to hit a sort of “herd immunity” and the virus will begin to fade.

2. How long does vaccine immunity last? Nobody knows. And obviously, it’s the kind of thing that requires time and tracking. Dr. Jaimie Meyer, a Yale Medicine infectious diseases specialist, said in December 2021, “We can only say that a vaccine is protective as long as we are measuring it.”

As mentioned above, antibody levels tend to drop quickly. Akiko Iwasaki, a professor of immunobiology at Yale School of Medicine, said, “Antibodies are a really good marker for protection against infection, so we will be monitoring those levels for as long as we can measure them.”

But that doesn’t take into account T cells, which are more challenging to measure. For example, a study published last year in Nature found that people infected with SARS, caused by SARS-CoV-2, a virus similar to SARS-CoV-2, which causes COVID-19, maintained T-cell immunity for up to 17 years.

3. Will there be more variants? The period between hopes that the pandemic was ending because of the drop in the Omicron surge (BA.1) to concerns over its sister variant, BA.2, which is apparently about 30% more infectious than BA.1, was only a matter of days. There are worries that BA.2 is not only more infectious but might cause more severe disease and dodge immunity from vaccines, previous infectious and antibody therapies. However, the third vaccine doses appear to decrease illness from BA.2 by about 74%.

Dr. Rochelle Walensky, director of the U.S. Centers for Disease Control and Prevention, stated last week, “There is no evidence that the BA.2 lineage is more severe than the BA.1 lineage. CDC continues to monitor variants that are circulating both domestically and internationally. We will continue to monitor emerging data on disease severity in humans and findings from papers like this conducted in laboratory settings.”

Viruses mutate, and the more widespread the pandemic, the more likely there are to be mutations. But the earlier variants, Alpha, Beta and Gamma, have been downgraded to “variants being monitored,” although Delta and Omicron are still classified as “variants of concern.”

4. Why is it mild in some and severe in others, including Long Covid? The biggest factor for COVID-19 severity is age. People over the age of 60 or 65 are at significantly greater risk of hospitalization and death from the disease than younger people. Dr. Gigi Gronvall, a senior scholar at the Johns Hopkins Center for Health Security, told CNET, “But there have been 29-year-olds who have died, children who have died, when all indications suggest they should have had a minor disease course.”

Specific comorbidities also increase the risk, including obesity and type 2 diabetes. Recent research out of Israel found a link between vitamin D deficiency and severity and mortality of COVID-19. One of the co-authors, Michael Edelstein, noted, “It is still unclear why certain individuals suffer severe consequences of COVID-19 infection while others don’t. Our finding adds a new dimension to solving this puzzle.”

5. Where did COVID-19 originate? There are two broad theories about the origins of COVID-19. They are the “lab leak theory” and the “natural origins” or “wet market” theory. The lab leak theory is that the virus was being studied or developed at the Wuhan Institute of Virology (WIV) and was accidentally released. Dr. Shi Zhengli, a WIV researcher, specializes in coronaviruses that live in bats and, over the last 18 years, have collected more than 20,000 samples from bat colonies across China. The WIV and the Chinese government have been less than transparent about releasing data and allowing access to its records.

The “wet market” theory is that the virus jumped from bats to another animal and then humans. This probably occurred at a Wuhan “wet market” where wild animals were sold. This is how previous coronavirus epidemics, including SARS and MERS, occurred. However, the actual “guilty animal” that acted as an intermediary has not been identified. Still, many of the earliest cases of the disease in humans in Wuhan originated in the Huanan Seafood Wholesale Market area.

Gronvall notes, “People are looking to blame [someone]. They’re not looking for an explanation that is very human and plausible. But there’s no virus that’s been identified in the laboratory that’s at all close to what ended up spreading around the world.”

It doesn’t help that the Chinese government initially lied about certain contraband animals being present in the wet market, but researchers who had been hunting for tick-borne diseases there photographed numerous illegal animals prior to the first cases of COVID-19. And the government shut down the Huanan market, removed all evidence and sterilized the area. Consensus on these two theories appears to be split about 50/50, although conspiracy theorists tend more toward even more problematic scenarios, such as the Chinese government intentionally releasing the virus. Until either someone within WIV provides evidence, or an intermediary animal is identified, we may never know.