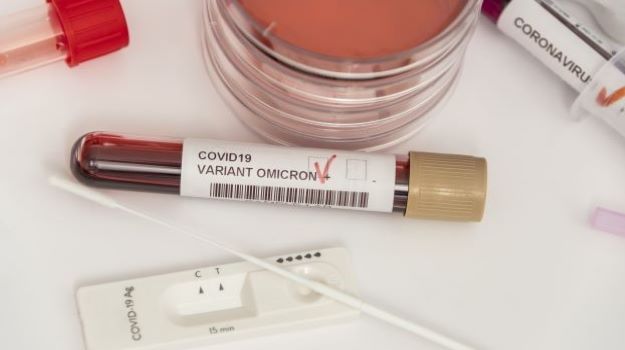 Because the Omicron variant of COVID-19 is so infectious, it is surging around the country. Vaccination is still the best way to prevent severe disease and death, but there is increasing debate on the benefit of yet another booster shot and how long people who show symptoms should quarantine. Here’s a look at those and other COVID-19 stories.

According to the Washington Post, more than 103,000 people in the U.S. were hospitalized on January 3, 2022, for COVID-19. This is the highest daily figure of hospitalizations since last summer when the Delta variant emerged. This is a 27% increase in COVID-19 hospitalizations in the U.S. in the last week. The daily average of new cases in the same week has more than doubled, but the average daily new deaths dropped by 8%.

Before assuming that the new cases, likely of the Omicron variant, are less severe, it’s important to note there is typically a two-week lag between reporting cases and deaths. Nonetheless, early data, particularly out of South Africa and the U.K., suggest that Omicron, although anywhere from 35% to three times more infectious than Delta, depending on the study, appears to cause less severe disease.

Although predictive models for COVID-19 have been notoriously unreliable, many current models suggest Omicron will peak this month. A study from Columbia University projects highest levels the week of January 9, then a drop. Another study from the Institute for Health Metrics and Evaluation (HME) at the University of Washington School of Medicine projected peak infections in late January. Ali Mokdad, Ph.D., professor of health metrics sciences at IHME, said, “It’s spreading much faster than we ever expected.”

Israel has begun offering a fourth booster of the Pfizer-BioNTech COVID-19 vaccine to particularly at-risk populations. A study out of the country found that the fourth shot created a fivefold boost in antibodies a week after the shot.

Israeli Prime Minister Naftali Bennett stated the preliminary data indicated “a very high likelihood that the fourth dose will protect vaccinated people to a great degree against infection to some degree and against severe symptoms.”

Israel is the first country to begin offering a second-booster program. It is available to anyone 60 years old and older whose last shot was at least four months earlier. Many critics say the extra booster shot was premature, and some have expressed concern that repeated doses might decrease the body’s immune response instead of increasing it. Others have expressed concern about repeatedly vaccinating previously vaccinated people when there are still billions of people around the world who have yet to be vaccinated.

“We can’t vaccinate the planet every four to six months,” Andrew Pollard, chairman of Britain’s Joint Committee on Vaccination and Immunization, told the Telegraph. “It’s not sustainable or affordable. In the future, we need to target the vulnerable.”

Yet another researcher, Dr. Hagai Levine, an epidemiologist at Hebrew University and chairman of the Israeli Association of Public Health Physicians, thought it was worthwhile to offer another booster to people who are immunocompromised, but that the data on healthy people wasn’t clear.

“It’s kind of the right answer to the wrong question,” Levine said of the new study. “That it raises the antibody levels is good news, but first we need to know if there is a need for another shot.”

The U.S Food and Drug Administration (FDA) announced that the time needed between ending the initial dosing to a booster dosing was now five months instead of six. The U.S. Centers for Disease Control and Prevention (CDC) supported the decision. The CDC also supported the FDA’s authorization of a third dose of the Pfizer-BioNTech vaccine for immunocompromised children ages 5 to 11.

“As we have done throughout the pandemic, we will continue to update our recommendations to ensure the best possible protection of the American people,” stated Dr. Rochelle Walensky, director of the CDC. “Following the FDA’s authorizations, today’s recommendations ensure people are able to get a boost of protection in the face of Omicron and increasing cases across the country and ensure that the most vulnerable children can get an additional dose to optimize protection against COVID-19.”

In a related story, the U.S. Surgeon General Dr. Vivek Murthy indicated that the CDC is “working on issuing a clarification” on guidance for shortened quarantine after a positive test and that he “would expect that any day now.” Previous directives called for a 10-day isolation period, but data suggests that the likelihood of transmissibility in the last five days is significantly lower.

Gritstone bio announced positive Phase I data from the first cohort of its CORAL-BOOST study. The study is evaluating a 10-microgram dose of CORAL self-amplifying mRNA vaccine. The vaccine provided strong neutralizing antibody responses to the virus’s spike protein and robust CD8+ T cell responses. CORAL-BOOST is one of four clinical trials in Gritstone’s CORAL program, evaluating the use of the vaccine as a booster shot in people who received two doses of AstraZeneca and Oxford University’s first-generation COVID-19 vaccine, Vaxzevria.

ARCH Biopartners reported the Research Ethics Board at the Sunnybrook Research Institute had approved the amendment to the CATCO protocol to include LSALT Peptide (LSALT and “Metablok”) in a new arm of the CATCO human trial. CATCO will request approval from Health Canada before dosing in the new arm of the trial for COVID-19. CATCO is a study being run in up to 55 hospitals across Canada to find new treatments for people with complications caused by COVID-19. It is supported by the Canadian Network of COVID-19 Clinical Trials Networks, funded by the Canadian Institutes of Health Research.