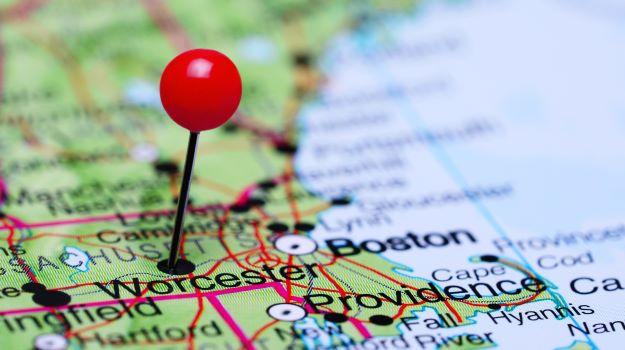 Each year, JLL releases its list of the top life sciences clusters. For this year's rankings, JLL used a new methodology to benchmark each cluster's market opportunity based on talent, industry depth, innovation and lab real estate dynamics. The cluster scores indicate how far above or below 'average' each market ranks.

JLL examined 46 markets in the U.S. and Canada and scoped out the top ten to include in its report. The top three clusters from last year's list - Greater Boston, San Francisco Bay Area and San Diego - all stood their ground and maintained their rankings from the previous year.

Here's a glimpse at JLL's 2021 top 10 life sciences clusters and their scores:

Here are some additional highlights from the top five clusters on the list:

JLL's report reveals that Greater Boston is consistently setting the bar high for all the other clusters, calling it "the indisputable center of the life sciences world." The area earned a score of 149.81. One key highlight for Boston is that it has the most concentrated life sciences talent pool in the United States, according to the report. The area also earned about 10% of all National Institutes of Health (NIH) funding in the United States, among other accomplishments. Some life sciences companies that call the Greater Boston area home include Biogen, Thermo Fisher Scientific and Alnylam Pharmaceuticals.

The San Francisco Bay area came in a close second with a score of 132.54. The area ranked high in the industry depth and innovation categories. This cluster's 2021 year-to-date leasing activity is over 1.9 million square feet, with lab vacancies below 5%. That statistic alone shows just how in-demand lab space in San Francisco is for life sciences companies. A few biopharmaceutical companies headquartered in the San Francisco Bay area are Nektar Therapeutics, Exelixis, FibroGen and Principia Biopharma.

San Diego just barely fended off the third spot on JLL's list with a cluster score of 119.81. This life sciences cluster saw record leasing activity in the first half of the year, with a 102% increase when compared to the first half of 2020. San Diego is home to many life sciences companies including Acadia Pharmaceuticals, Heron Therapeutics and Mirati Therapeutics.

The Raleigh-Durham cluster has moved its way up in the rankings, coming in at spot No. 4 on this year's list. It rallied with a score of 119.71, leaving the top three spots just out of reach. Rapidly increasing funding in this cluster might be due to the highly innovative culture and research institutions the area holds. It is home to the Research Triangle, the largest high technology research and science park in North America.

Rounding out the top five is the New York-New Jersey cluster with a score of 109.61. Although the report notes that the talent pool in this cluster isn't as deep as some might think, the area does attract a high volume of venture capital dollars - the third-most among all markets in the United States, to be exact. Life sciences giants Pfizer, Regeneron and Johnson & Johnson have their headquarters in the New York-New Jersey cluster, among many others.