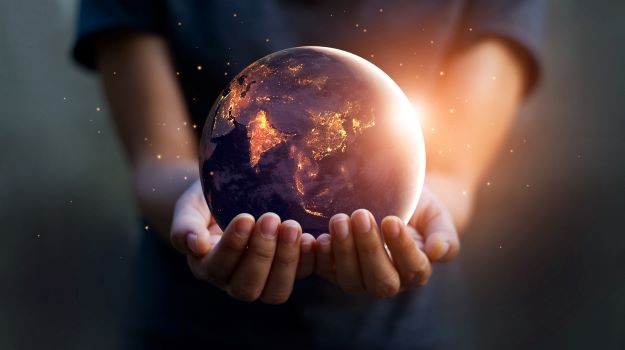 Changes to the World Trade Organization’s compulsory licensing regulations are coming for COVID-19 vaccines. Those changes are unlikely to help people in developing countries but could reduce innovation among biopharma companies and ultimately do more harm than good.

A draft of the changes proposed to Article 31 of the Trade-Related Aspects of Intellectual Property Rights (TRIPS) agreements states that WTO member nations:

The proposed TRIPS waiver is for COVID-19 vaccines – not just mRNA vaccines. As of March 16, 2022, nine vaccines have emergency use listings, according to the World Health Organization.

“The developing world needs more COVID-19 vaccination and more doses, but the WTO is applying the wrong Band-Aid. This is not an intellectual property issue,” Jürgen Schneider, co-chair of the intellectual property group of BIO Deutschland and VP, head of global IP and licensing at Qiagen, told BioSpace.

Waiving certain compulsory licensing requirements under TRIPS won’t affect willingness to be vaccinated and won’t address the logistical hurdles of delivering vaccines or the technical challenges of manufacturing them.

“Four entities are negotiating the waiver: the U.S., the European Union, South Africa and India. It seems they’re most or less settled on a suggestion, so next they would bring it to the WTO assembly for formal implementation,” Schneider said.

The waiver, if approved, would provide march-in rights, but not the knowledge needed to develop and manufacture the molecules. “India and South Africa – the two most vocal countries – have a pharmaceutical industry that specializes in generics, but mRNA vaccines are not simple generic molecules. The licensees would need to know how to express and manipulate RNA,” Schneider said.

“The production facilities to make mRNA vaccines also are high tech, too,” he continued. “Without the right infrastructure, you can waive all the patents you like,” but still not produce safe and effective vaccines.

The logistics hurdles are significant, too. “mRNA vaccines have hefty cooling requirements,” Schneider pointed out, that limit distribution in developing regions. The Pfizer/BioNTech vaccine must be stored at -70°C and is stable at 2°-8°C for five days, while the Moderna vaccine can be stored at 2°-8°C for 30 days. In some regions, those requirements pose problems.

There’s also a strong case to be made that the amendment isn’t needed. The existing compulsory licensing provisions require that a government first try to obtain a voluntary license from the patent-holder “on reasonable commercial terms.” If that fails, then compulsory licensing can occur. For national emergencies or other dire situations, however, nations need not try to gain a voluntary license.

“A patent is, basically, a contract between an inventor and society…that enables society to build upon the published invention to make even better things. There are certain checks and balances, but the TRIPS waiver simply nullifies the patents,” Schneider said. “There is no compensation to the patent holder, and that’s the harshest thing that could be implemented.”

Usually, compulsory licenses are granted so countries can meet their internal needs. The proposed amendment, however, allows exporting the vaccines, which could enable a compulsory license holder to undercut the innovator in much of the world, assuming it could make a safe and effective product.

“The mRNA vaccines weren’t invented by big pharma, but by small companies,” Schneider noted. “Those companies rely on venture capital. If they were forced to give away their intellectual property and know-how, there is nothing left to attract funding or even shareholders. A patent waiver (as it’s currently proposed) would rip the heart out of those companies. The lesson for investors would be to avoid small companies.”

Schneider is concerned that a waiver to the TRIPS agreement could set a precedent that would allow waivers for other indications. “It’s a slippery slope…and would certainly change the startup culture in developed countries.”

As this is being decided, “Pharma is doing what it always does with these types of things,” Schneider said. “Companies say they don’t expect to make money in developed countries, but want to recoup their costs as far as possible. Therefore, they’ll provide the vaccines at discounted costs. Whether they’ll follow through, I don’t know.”

A lack of trust in the pharmaceutical industry is at the heart of the movement to amend TRIPS for COVID-19 vaccines, he said. “People see that a lot of pharmaceutical companies are still making good money, and there’s a feeling that drugs are being priced wrongly, especially in countries like the U.S., where certain people cannot afford certain medications.

“I have a photo from Washington, D.C. that says ‘Patents kill.’ It should say ‘Patents save lives,’” Schneider said, because the ability to patent things spurs innovation. “So, to reiterate, amending the TRIPS compulsory licensing amendment won’t solve the issue. It will just harm our domestic industry and harm innovation.”