Where AI and Immunotherapy Converge to Reprogram Immunity 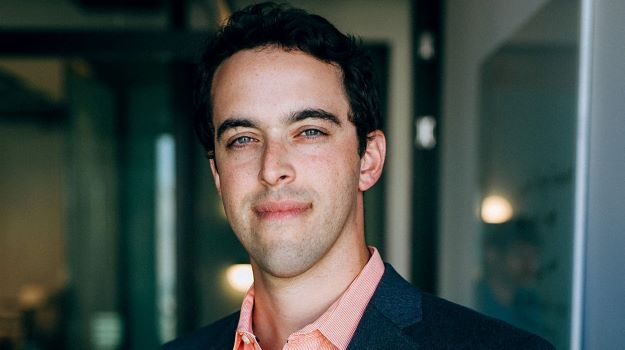 The roles of artificial intelligence (AI) and machine learning (ML) in drug development, from target selection and validation to more efficient clinical trials, continue to increase. Recently launched biotech company Immunai is pairing the technology with cancer immunotherapy in an attempt to tailor treatments and improve patient outcomes.

The human immune system functions beautifully, as long as there is a balance. When certain cells predominate, however, it runs into trouble.

The company aims to characterize the immune system at a deep level of granularity and consistency to create therapies that will overcome this dysfunctional state.

Immunotherapies modulate the immune system to fight diseases, and they have proven to be life-giving for cancer patients—when they respond. Due to the complexity of the immune system, it is proving challenging to match the right therapy to the right patient.

Immunai, founded in 2018 by two pretty smart dudes from the Massachusetts Institute of Technology (MIT), aims to unlock its secrets with an immune-profiling platform combining single-cell functional genomics with software and ML to identify and validate therapeutic targets and evaluate assets.

Banchereau has spent his entire career embedded in the field of immunology, including at the single-cell level. When Immunai approached him, he saw the potential of the two-pronged platform.

“Those brilliant people from MIT came up with a whole army of incredible people who are going to be analyzing this incredible complexity. I felt like, as an academic, I would be crushed, and that’s why I joined as CSO,” he shared. Banchereau joined Immunai at the end of July.

Single-cell genomics, the study of genetic information in individual cells, is indeed incredibly complex, and AI/ML is proving to be a useful part of the therapeutic toolkit because of the sheer amount of data it can process. When something in the body is amiss, it sends out several measurable signals, often called biomarkers, that appear in blood samples. These all need to be analyzed to determine the root cause of the illness, and it would take mere humans decades to do so.

Banchereau explained that the goal is to identify and eliminate the target. “Immunai has got to recognize the culprit,” he said. To enable this, the company is utilizing artificial intelligence and machine learning to test the potential role played by the various genes it has identified.

Immunai Co-founder and Chief Technology Officer Luis Voloch explained that the technology’s first application allows for the transference of insights from one disease type to another.

“We are pioneering the use of a lot of transfer learning for single-cell immunology,” he said. “Right now, a lot of our important machine learning algorithms are tailored to taking insights that we’re seeing in several different cancer types, and then essentially figuring out how it applies to the drug we are trying to develop.”

Another way Immunai is leveraging machine learning is for non-perturbation predictions. This enables in silico experiments, performed by the company’s AI algorithms, which then inform the design of their in vitro experiments.

The next step, of course, is to make viable medicines.

“It’s easy to do the blood analysis. The problem is afterward to relate the analysis you’ve seen in this disease to the cause of it. That’s the causality issue,” Banchereau said. “When we know what the key driver is, then we can intervene with the targeting modality.”

Then, Immunai and their companions in the immunotherapy space can make targeted therapies to fight off the many incarnations of cancer and other diseases.

Companies have already succeeded in making therapeutics that impact this dysregulation, making a substantial difference for patients. One of the most commercially successful to date is Sanofi and Regeneron’s blockbuster Dupixent (dupilumab), a human monoclonal antibody therapy currently approved to treat the underlying inflammation behind diseases like atopic dermatitis and asthma.  Dupixent works to tamp down the autoimmune environment caused by an overactive immune system.

Two proteins, interleukin-4 (IL-4) and interleukin-13 (IL-13), induce the production of immunoglobulin E (IgE), an antibody in the immune system that is responsible for allergic reactions and, ultimately, inflammation. Dupixent’s mechanism of action is to inhibit the overactive signaling IL-4 and IL-13.

While cancer cell therapies are first up for Immunai, the company is also open to sharing its platform and expertise with other biopharma and biotech companies as well as academic research institutions through strategic partnerships. Currently, the company has collaborations with Stanford, Memorial Sloan Kettering, Massachusetts General Hospital, the University of Pennsylvania, as well as a number of fortune 100 pharmaceutical companies.

One of Immunai’s earliest and most compelling test cases for reprogramming immunity came from a collaboration with Baylor College of Medicine. The paper, published in October 2020 in Nature Medicine, suggested that chimeric antibody receptor—natural killer T (CAR-NKT) cells—could be expanded to clinical scale and safely used to treat cancer patients.

Using its novel platform, Immunai characterized a CAR-NKT infusion cell therapy developed by Baylor to treat neuroblastoma patients. Together, they identified a gene that appears to be involved in the CAR-NKT-mediated killing of tumor cells.

In February, Immunai closed a $60 million Series A funding round. Voloch shared that the company is using those funds to double down on its platform capabilities from the perspective of functional genomics, cell engineering, software engineering and machine learning.

“We’re really trying to put as much of our resources into generating data and having technology that will serve us for the next 10 years,” he said, adding that Immunai will not be satisfied with discovering “just one drug.”

With all this information, Immunai aims to achieve the data-driven design of synergistic immunotherapy combinations and discover descriptive markers of response or resistance, which it hopes will lead to the development of a new wave of best-in-class and novel medicines.