Immunai Gets Series A Funding for Genomics Database Advancements 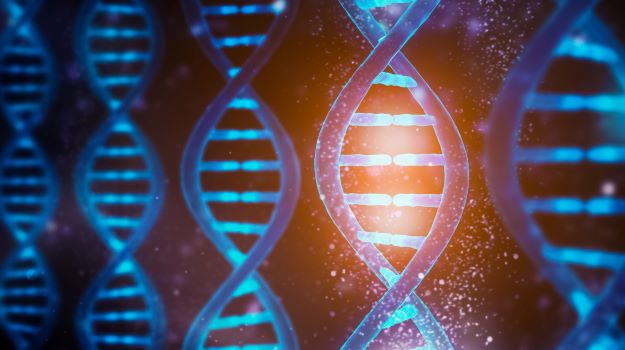 Immunai today announced it has received $60 million in Series A funding, bringing its total funding since inception in December 2018 to $80 million. Its vision is to reprogram the immune system to enable more effective immunotherapies. These monies will fund the company’s next phase of product development and company growth.

“We’ve spent the past two years working on observational genomics, building our platform to tease out mysteries of the immune system. Our goal is to now expand that platform for functional genomics, improving our ability to make causal instances rather than just understanding correlations,” Noam Solomon, Immunai’s co-founder and CEO, told BioSpace.

That project is in what Solomon called the beta stage of development.

Specifically, the Baylor and Immunai team has identified a gene that appears to be involved in the CAR-NKT-mediated killing of tumor cells. They are working to validate this target.

As a result of this work, Immunai is working with partners to develop new cell therapy candidates in solid tumors.

The influx of fund announced today, for example, came just a few weeks after Immunai announced a collaboration to pair its immune cell atlas with 10x Genomics’ phenotypic clinical data.

The Series A round was led by the Schusterman Family Investments, the Duquesne Family Office, Catalio Capital Management, and Dexcel Pharma. Original investors Viola Ventures and TLV Partners also joined this round after supplying $20 million in seed funding last year.

“We collect data from tens of millions of cells from different therapeutic interventions and at multiple points in time,” making it the largest such database in the world. “With a lot of curation, we find why they respond,” Solomon said.

Immunai’s ability to annotate and characterize single cells at high resolution provides the potential for unprecedented insights into the regulation and function of the immune system in disease.

Yet, Solomon said, “More is required. We want to evaluate these correlations in independent studies and to manipulate the immune system itself to assess results.” Consequently, “We can now validate causality.”

Because the immune system is implicated in nearly every illness, “our technology is critical for identifying, diagnosing, and treating disease, from cancer and infectious disease to autoimmune disorders,” Solomon said in a statement.

Since its founding, Immunai has collaborated with more than a dozen of the leading hospitals in the immuno-oncology space and has had four peer-review papers published in leading journals (including Cell and Nature Medicine).

“That demonstrates our ability to tease out correlations and collaborate with big pharma to use our platform to explain correlations in immunotherapy and to discover new targets,” Solomon said.

The AMICA platform also is being used to “more meaningfully harmonize data from cohorts throughout the world and to perform simulations that explain mechanism of action, toxicity, and synergistic effects with immunotherapies,” Solomon said, as well as other key elements in drug development.

Immunai’s team is as foundational as its technology, Solomon stressed. It currently has 70 people working from facilities in New York City, Tel Aviv, and San Francisco. He plans to double the staff this year.

It’s the engineering acumen that sets this team apart. While it has the expected expertise in single-cell genomics and computational biology that allows highly granular views of the immune system, it also leans heavily toward seasoned IT experts from Silicon Valley. Immunai was one of the first biotech companies that used engineers to manipulate petabytes of data, Solomon said.

“Some 65% of the team are Ph.Ds. from top institutions, including Google, and our scientific advisory board is composed of leaders in their space, and the senior scientific staff is well-known in their fields,” Solomon said.

“We started with the basal immune system and now are moving into the peripheral immune system, which helps us develop a very good understanding of the entire immune system, and thus changes related to age and disease,” Solomon said. “We are building Immunai layer by layer.” The Series A funding helps with that.