For Sale (Or Not): 10 Top Takeover Targets in the Biopharma Industry 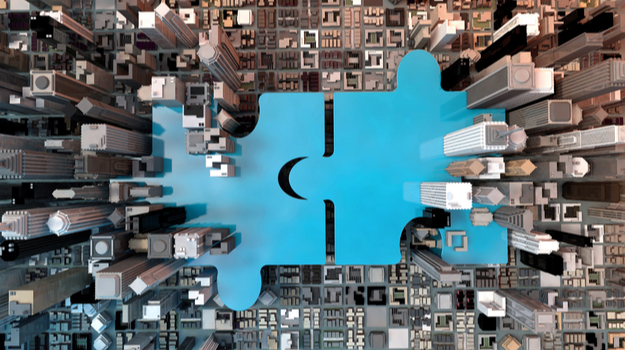 In the first half of this year, Informa Pharma Intelligence and Genetic Engineering & Biotechnology News report there has been $184.05 billion worth of merger-and-acquisition (M&A) deals in the biopharma industry. That’s a little deceptive, because the two biggest deals are Bristol-Myers Squibb’s $74 billion takeover of Celgene and AbbVie’s $63 billion acquisition of Allergan, accounting for about two-thirds of those deals, financially.

Still, there are high hopes for more M&A in the industry in the remainder of the year. Here’s a look at the 10 top takeover targets.

Alexion Pharmaceuticals. Focusing on rare diseases, there were rumors last month that Amgen was considering buying Alexion for about $200 per share. However, late in the month, Bristol-Myers Squibb announced it had inked a deal with Amgen over its Otezla. As part of the acquisition of Celgene, the Federal Trade Commission wanted Bristol-Myers Squibb to divest itself of Otezla, which is used to treat psoriasis, psoriatic arthritis and Behcet’s Disease, because Bristol-Myers has a rival TYK2 psoriasis drug in Phase III trials, BMS-986165. Also, on August 30, Alexion shares dropped 10% after the U.S. Patent and Trademark Office decided to review a challenge of three of Alexion’s Soliris patents filed by Amgen, which is working on a biosimilar of the drug. Still, Alexion’s Soliris is a very profitable drug that continues to gain approvals for rare diseases.

Amarin. Amarin is headquartered in Dublin, Ireland with U.S. offices in Bedminster, New Jersey. The company focuses on lipids. Its Vascepa (icosapent ethyl) is its first FDA-approved drug, indicated to lower triglyceride levels without raising LDL-C levels. On August, the company hit some headwinds when the FDA called for an advisory committee meeting on November 14 concerning the company’s supplemental New Drug Application (sNDA) for Vascepa to treat cardiovascular risk beyond cholesterol management. Investors and analysts still think the drug will be approved, which would make the company a tasty target for an acquisition.

BioMarin Pharmaceutical. BioMarin is another company focused on rare diseases. It has seven marketed drugs, including Palynziq for phenylketonuria (PKU) and Brineura for Batten disease. At its second-quarter financial report on August 1, the company reported total quarterly revenues of $387.8 million, up 4% from the same period the previous year, but is reporting net losses, largely due to higher R&D expenses. One of the big factors for this company is plans to submit marketing applications in the U.S. and Europe for valoctocogene roxaparvovec, a gene therapy for severe hemophilia A. The company expects to submit both before the end of the year. Analysts have been predicting BioMarin will be acquired for years now, largely because of the company’s net losses despite having seven drugs on the market for the high-priced rare-disease arena.

bluebird bio. Bluebird’s first product was approved on May 29 in Europe, Zynteglo, a gene therapy for patients 12 years of age or older with transfusion-dependent beta-thalassemia who don’t have a specific genotype. The company is expected to launch a rolling Biologics License Application (BLA) in the U.S. for Zynteglo, which if approved, will increase sales. Although there are likely reimbursement battles ahead for the therapy’s $1.7 million price tag, insurers have tended to agree to new payment schemes for therapies that cure a disease that was previously untreatable or required lifelong treatments.

Clovis Oncology. Clovis is a commercial-stage biotech company focused on oncology. Its single marketed product is Rubraca (rucaparib), indicated for maintenance treatment for adults with ovarian cancer, Fallopian tube cancer and primary peritoneal cancer whose cancer has returned and that is responding to platinum-based chemotherapy. Rubraca brought in net product revenue for the second quarter of this year of $33 million, compared to $23.8 million in the same period the year before. The company is projecting net product revenue for the full year of $137 to $147 million. Company president and chief executive officer Patrick J. Mahaffy indicated at the beginning of the year the company was open to a takeover, but when the company announced in August that it planned to raise $225 million in convertible senior notes due 2024, most thought a sale was off the table. Maxx Chatsko, writing for The Motley Fool in September, noted that, “Investors had once expected Clovis Oncology to be a prime buyout candidate, but a lack of interest has started to spook investors.”

Incyte. Investors and analysts have been predicting someone would buy Incyte for years. In 2017, the most common buyer rumored was Gilead Sciences. But most of those rumors died down after its baricitinib for rheumatoid arthritis was rejected by the FDA in 2017. But the company’s Jakafi (ruxolitinib) brought in $1.387 billion in net product revenue last year, and sales are up 19% in the first half of this year, and are expected to keep growing, with approval for new indications likely.

Neurocrine Biosciences. Like many of these companies, Neurocrine has been raised as a possible takeover target for years. Neurocrine focuses on neurological and endocrine diseases. Most of the company’s revenue comes from Ingrezza (valbenazine) for tardive dyskinesia. The company most likely to buy, according to several analysts, is Biogen.

“Biogen could still purchase this promising growth pipeline without straining its own finances too much,” wrote Dale Ratner Hershman, in his “The Sick Economist” blog on April 28.

Part of the company’s appeal is its opicapone, which it licensed from BIAL, and is now being reviewed by the FDA as adjunctive treatment to levodopa/carbidopa in Parkinson’s disease. Neurocrine also has a collaboration deal with Voyager Therapeutics for Voyager’s gene therapy candidates, VY-AADC for Parkinson’s, and VY-FXN01 for Friedreich’s ataxia.

SAGE Therapeutics. Sage’s Zulressa Ibrexanolone) is indicated for the treatment of postpartum depression (PPD) in adults. On September 4, the company published results from its Phase II trial of SAGE-217 for major depressive disorder (MDD). The drug showed a statistically significant decrease in depression scores compared to placebo. Biogen has been raised as a good candidate for buying Sage. Although some investors are concerned about Sage’s desire to go it alone when marketing Zulresso, the company’s pipeline appears strong enough to not require partnering, although it might benefit from it.

Sarepta Therapeutics. Best known for its Exondys 51 to treat Duchene muscular dystrophy (DMD) amenable to exon 51 skipping, the company took a blow on August 20 when the FDA rejected its NDA for golodirsen injection in DMD patients amenable to exon 53 skipping. The company has been cited quite often as a possible takeover target, largely based on its progress in various types of gene therapies, especially for DMD. The company raised $375 million in its own initial public offering (IPO).

Seattle Genetics. In mid-July, Seattle Genetics and Astellas Pharma submitted their BLA to the FDA for enfortumab vedotin for patients with locally advanced or metastatic urothelial cancer who had received a checkpoint inhibitor and chemotherapy. The drug is an antibody-drug conjugate (ADC) made up of an anti-Nectin-4 monoclonal antibody linked to a microtubule-disrupting agent, MMAE. It targets Nectin-4, a cell adhesion molecule expressed on many solid tumors. Seattle Genetics also has a drug on the market, Adcetris (brentuximab vedotin), whose sales rose 35% year-over-year, to $293.981 million, hitting $158.98 million in the second quarter of this years. The company also has another drug showing promise in its pipeline, tucatinib in HER2-positive metastatic breast cancer.

Aaron Levitt wrote in InvestorPlace in January, “Given growing sales of Adcetris and its heavy-duty cancer-focused pipeline, any biopharma looking to make a splash in oncology would seriously be considering Seattle Genetics stock.”