Research Roundup: More Ties Between Alzheimer’s and Neuroinflammation and More 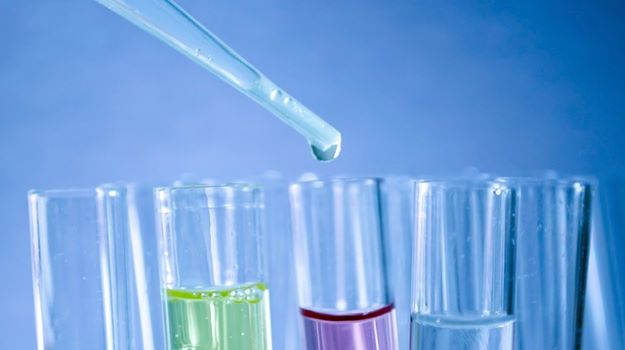 As the amyloid theory of Alzheimer’s disease—that an accumulation of amyloid protein in the brain causes the memory and cognitive deficits scene in the disease—is moving to the back burner, more and more research is looking at inflammation as a major driver of the disease. Researchers at the German Center for Neurodegenerative Diseases (DZNE) and the University of Bonn published yet another study citing inflammation as playing a major role in the accumulation of tau proteins in the disease. Tau is another set of abnormal proteins found in the brains of Alzheimer’s patients. The research was published in the journal Nature.

“Our results indicate that the inflammasome and the inflammatory reactions it triggers, plays an important role in the emergence of tau pathology,” said Michael Heneka, director of the Department of Neurodegenerative Diseases and Gerontopsychiatry at the University of Bonn and a senior researcher at the DZNE.

The researchers found that the inflammasome influences enzymes that hyper-phosphorylate tau proteins. Normally, tau stabilizes a neuron’s skeleton. But in Alzheimer’s, frontotemporal dementia (FTD) and other tauopathies, the proteins are altered and separate from the cytoskeleton and clump together. The cell’s mechanical stability is compromised so much that it dies off. It appears that this hyper-phosphorylation of tau is a big part of that biochemical alteration.

“It appears that inflammatory processes mediated by the inflammasome are of central importance for most, if not all, neurodegenerative diseases with tau pathology,” Heneka added.

Heneka’s group in earlier research demonstrated that the inflammasome promotes the aggregation of beta-amyloid.

A little-known protein called PGRMC2 is found to play a key role in obesity and metabolism. The signaling protein is highly expressed in fat tissue, and has been found in the uterus, liver and several other areas of the body. But it is found in largest quantities in brown fat, the type of fat tissue that turns food into heat to maintain body temperature. The researchers found that PGRMC2 is a chaperone of heme, transporting it from the mitochondria to the nuclear. Without a protective chaperone, heme would react with everything it came in touch with, destroying it.

Too Many Viral Targets Can Weaken HIV Vaccines

Although an actual vaccine against HIV has remained elusive, researchers recently found that one problem is that too many soft targets for the vaccine for HIV/SIV can weaken the immune response. The research focused on several nonhuman primate studies on SIV, a simian virus similar to HIV. In particular, the problem comes if the vaccine creates too many specialized types of helper immune cells, Th1.

One of the toughest and increasingly common drug-resistant infections is caused by Acinetobacter baumannii (A. baumannii). Researchers looked to older treatments, wondering if they might be modified instead of developing new antibiotics. Metal and metalloids were once used as antimicrobial treatments. The group from the University of Connecticut researched metals for their antimicrobial efficacy and found that selenium was promising. In various experimental models, they found that sub-lethal quantities of selenium inhibited the ability of A. baumannii from growing thick biofilms that make them resistant to antibiotics. This potentially could help antibiotics fight the bacteria.

Human papillomavirus (HPV) is the most common viral infection of the reproductive tract. Certain high-risk strains of HPV can lead to cancer, particularly cancer of the cervix and anus, and vagina, vulva, penis, and head and neck. There are three HPV vaccines in use that are considered controversial by some people because they perceive them as vaccines against a sexually transmitted disease instead of a vaccine against a type of cancer. Researchers conducted an in-depth review of 20 clinical trials in 31,940 people worldwide to determine the best vaccine and vaccine schedule to treat adolescent boys and girls to prevent the disease.

Duke University researchers developed synthetic DNA circuits tens of thousands of times finer than a human hair. These circuits attach to the outside of a cell and analyze it for proteins. If it finds its target, it labels the cell with a tiny light-up tag. They believe the technology could have applications for cancer diagnosis and for targeted cancer treatments. In lab tests, the technology was used to detect leukemia cells and distinguish them from other forms of cancer based on the strength of the light-up tag’s intensity.

Researchers with the Karolinska Institute developed a method to differentiate between two different strains of a common herpes virus (HHV-6) that has been tied to multiple sclerosis (MS). Using the method, they distinguished between herpesvirus 6A and 6B and found that MS patients carry the herpesvirus 6A much more than healthy individuals. HHV-6 has been associated with MS, but until now, it was impossible to differentiate between 6A and 6B.

“Both HHV-6A and 6B can infect our brain cells, but they do it in slightly different ways,” said Anna Fogdell-Hahn, associate professor at Karolinska and one of the senior authors. “Therefore, it is now interesting to go forward and attempt to map out exactly how the viruses could affect the onset of MS.”