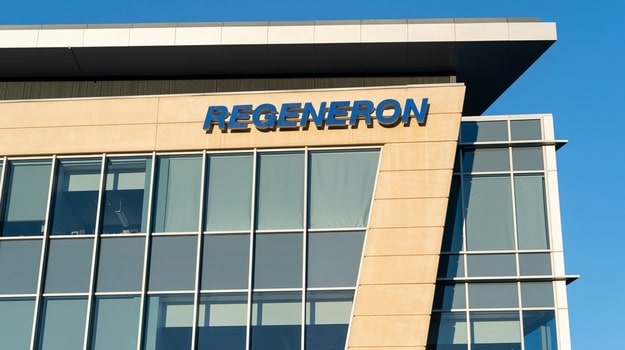 Regeneron Pharmaceuticals indicated it has applied to the U.S. Food and Drug Administration (FDA) for Emergency Use Authorization (EUA) for its antibody cocktail against COVID-19. Recently, the cocktail was used to treat President Donald Trump for COVID-19. The cocktail, REGEN-COV-2, is currently in Phase III clinical trials.

Regeneron stated that under its agreement with the U.S. government for initial doses of the cocktail, if an EUA is granted the government “has committed to making these doses available to the American people at no cost and would be responsible for their distribution.”

There are currently enough doses available for 50,000 patients and the company plans to manufacture enough for 300,000 “within the next few months.”

The cocktail is made up of two non-competing antibodies that, in their tests, were most effective at neutralizing SARS-CoV-2, the virus that causes COVID-19. They bind non-competitively to the receptor binding domain of the virus’s spike (S) protein. This decreases the ability of mutant viruses to avoid treatment and protects against spike variants that have evolved in the human population.

Despite the lack of authorization, Trump was dosed with eight grams of the cocktail early in the course of his infection. Several days later, Trump’s physician, Sean Conley, issued a statement saying that the president’s lab results from October 5 indicated he had ”detectable levels” of antibodies in his blood.

This was met with skepticism by experts. Megan Ranney, associate professor of emergency medicine and public health at Brown University, stated, “My response after I read that is I am sure he does have detectable antibodies—because he was just given a massive infusion of antibodies by his own doctor. So I would be shocked if he didn’t.”

Trump has since urged regulators in a video message on Twitter to approve the EUA for both Regeneron and Eli Lilly’s antibody treatments. He specifically spoke of Regeneron’s antibody cocktail as a “cure” instead of a therapy.

Regeneron’s chief executive officer, Leonard Schleifer, told Fox News this week that the company was going to try to get expanded EUA for the cocktail, noting, “I don’t know how long that will take. We are working with the FDA, we think we met the criteria.”

Yesterday, Eli Lilly reported it has submitted its EUA request for its monotherapy cocktail, LY-CoV555. It believes it could supply up to 100,000 doses by the end of October and up to 1 million by next year.

“We expect to submit a subsequent request for EUA for combination therapy in November, pending the clinical trial enrollment, once additional safety data accumulate and sufficient supply is manufactured,” Lilly stated. “Lilly anticipates having data to support a biologics license application submission for combination therapy as early as [the second quarter of] 2021. Conversations with global regulators are ongoing.”

He indicated the U.S. military would handle the distribution and potentially deliver “hundreds of thousands of doses” within days.

In terms of Regeneron’s cocktail, preclinical tests indicated it decreased the amount of virus and the damage in the lungs of non-human primates. It has partnered with Swiss-based Roche to increase the global supply if approved.