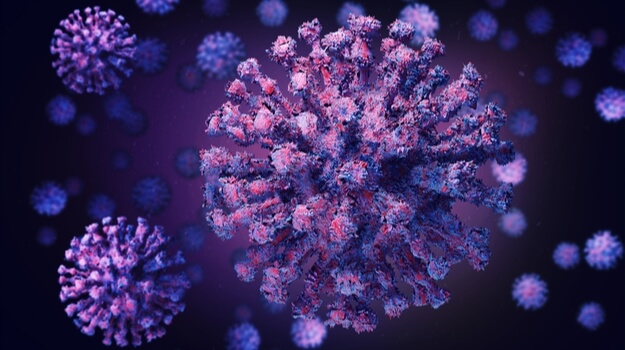 In early July, Regeneron Pharmaceuticals, with the U.S. National Institute of Allergy and Infectious Diseases (NIAID), announced they were launching Phase III trials of REGN-COV-2, the company’s two-antibody cocktail to treat and prevent COVID-19. Although those results of those trials are still pending, the company issued a scientific article, not yet peer-reviewed, that shows the cocktail was able to “almost completely block establishment of virus infection,” in rhesus macaques and hamsters.

Using its proprietary VelocImmune mice, Regeneron screened thousands of fully-human antibodies. The mice have been genetically modified to have a human immune system. They also evaluated antibodies isolated from people who have recovered from COVID-19. They then chose the two most potent, non-competing antibodies that were most effective at neutralizing SARS-CoV-2, the virus that causes COVID-19. They then scaled up the dual-antibody cocktail for clinical use with the company’s own VelociMab and manufacturing capabilities.

The two antibodies bind non-competitively to the receptor binding domain of the virus’s spike (S) protein. This decreases the ability of mutant viruses to avoid treatment and protects against spike variants that have evolved in the human population.

On June 11, the company announced the publication of two scientific articles describing the effectiveness of REGN-COV-2 in the journal Science. The first paper was, “Studies in humanized mice and convalescent humans yield a SARS-COV-2 antibody cocktail.”

In the latest animal study paper, the authors said the cocktail in monkeys and hamsters demonstrated “that REGEN-COV-2 can greatly reduce virus load in lower and upper airway and decrease virus-induced pathological sequelae when administered prophylactically or therapeutically. Our results provide evidence of the therapeutic potential of this antibody cocktail.”

Essentially, the study took two approaches. One was to infect animals with the virus, then dose them with the antibody cocktail to see if it could halt the infection. It appeared to do this successfully.

The second approach was to dose the animals with the antibody cocktail, then infect them with the virus. This also appeared to prevent infection.

It’s important to note that the antibody cocktail is not a vaccine. Therapeutic antibodies such as these do not have long-range effects, although they may last several months.

The studies were run on a total of 36 rhesus macaques and 50 hamsters. The company is careful to caution that positive animal studies do not guarantee success in humans. The human trials have already started.

There are specifically two trials. A Phase III trial will study if REGN-COV-2 can prevent infection in uninfected people who have had close exposure to a COVID-19 patient. The drug has also been advanced into the Phase II/III portion of two adaptive Phase I/II/III trials evaluating the cocktail in treating hospitalized and non-hospitalized patients with COVID-19.

A Phase I trial in 30 hospitalized and non-hospitalized patients with COVID-19 received a positive review from the Independent Data Monitoring Committee.

“We are running simultaneous adaptive trials in order to move as quickly as possible to provide a potential solution to prevent and treat COVID-19 infections, even in the midst of an ongoing global pandemic,” said George D. Yancopoulos, co-founder, president and chief scientific officer of Regeneron, at the early July announcement. “We are pleased to collaborate with NIAID to study REGN-COV-2 in our quest to further prevent the spread of the virus with an anti-viral antibody cocktail that could be available much sooner than a vaccine.”