Pushing for More Ethnic and Racial Diversity in Clinical Trials 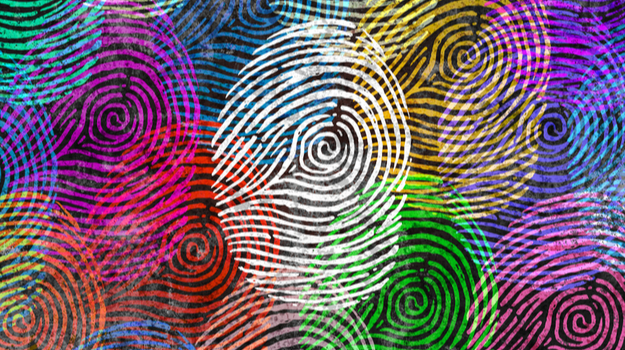 Although clinical trials are often performed throughout different parts of the world, often their demographic makeup—the gender, age and race of participants—has a certain kind of uniformity. Some of that is by necessity when looking for a narrow patient group to study that falls into a specific age with or without a specific disease without other comorbidities that add unmanageable complexity to data analysis, as well as taking into consideration access to trial sites and other factors. Nonetheless, numerous studies have found that in the U.S., minorities, such as African Americans, Hispanics and Native Americans are often underrepresented in clinical trials. Regulatory agencies and various organizations are making an effort to address this issue.

Stand Up To Cancer and Clinical Trials

In January, Stand Up To Cancer (SU2C), a division of the Entertainment Industry Foundation that raises funds for cancer research, launched an initiative to increase minority representation in cancer clinical trials. All SU2C-supported research grant proposals will, in the future, be required to have aspects that involve recruitment and retention of patients from diverse ethnic groups in the trials.

“As one of the leading funders of cancer research, we believe it is our duty to ensure that minority representation in cancer clinical trials is addressed,” said Sung Poblete, chief executive officer of SU2C. “Now, more than ever, better understanding of the role of biology in cancer treatment, advances in precision treatment, and development of new technologies demands that we also make significant improvements in diverse clinical trial participation. We are confident that this initiative will make a significant and meaningful impact to ensure all communities have equal access to potentially life-saving treatments.”

This has been recognized as a problem for some time. In late 2018, a ProPublica article looked at the issue of lack of diversity in cancer drug clinical trials, noting, “Stark under-representation of African Americans is widespread in clinical trials for cancer drugs, even when the type of cancer disproportionately affects them.”

The article indicated that African Americans made up less than 5% of the clinical trials for 24 of the cancer drugs approved between 2015 and 2018.

Studies have found that Asians are generally well represented in some foreign clinical trials, but less than 2% of U.S.-based trials. And few if any Native Americans have been reported in almost two-thirds of clinical trials.

In a 2019 study published in JAMA Oncology, they found a third of cancer clinical trials that led to approved drugs didn’t report on the race of patients in the trials between 2008 and 2018. And, in fact, the ones that did had far fewer black and Hispanic cancer patients than expected.

The researchers evaluated 230 clinical trials and found that race was reported in only 145 of them. Only 18 clinical trials split data into four major racial groups, white, Asian, black and Hispanic, in the U.S.

On June 6, 2019, the U.S. Food and Drug Administration (FDA) issued draft guidance on improving the diversity of patient populations in clinical trials. The guidance focused on encouraging sponsor companies to include more historically underserved populations, including women, the elderly and minorities. Inclusion and exclusion criteria are important in how a clinical trial is designed—companies don’t just grab random people off the street and ask them if they want to take a new drug. But, the FDA noted at the time, many patients are “excluded from trials without strong clinical or scientific justification.”

In many cases, eligibility criteria exclude patients to protect the patients. “For example,” the guidance stated, “patients with decreased renal function or certain concomitant illnesses are often excluded because of concerns that they may be more susceptible to the adverse effects of an investigational drug because it is metabolized by the kidney or interacts with other medications the patient takes.”

The concern, of course, is that a drug may get approved on a narrow patient population’s response to the drug, but then be given after approval to a much broader patient group with much more variations in weight, age, gender, race, or other illness and organ dysfunction.

There are potential logistical issues for some patient populations, such as Native Americans. Most clinical trial sites are associated with metropolitan areas and academic research healthcare institutions, where populations of Native Americans are low and often distant from where they live.

Native Americans are generally at higher risk of colorectal cancer than white or Asian Americans, but are rarely included in clinical trials. At least part of the difficulty is statistical. In a clinical trial of 100 people, in order for the trial population to reflect various ethnic populations equal to the U.S. demographics, it would have two Native Americans or Alaska Native patients in it. But only two patients would not provide enough data in a trial about race-related differences.

However, Linda Burhansstipanov, founder of the Native American Cancer Research Corporation, estimated that 85% of Native Americans wish to take part in clinical trials when they know about them.

In response to the ProPublica story, co-published with STAT, noted The National Black Church Initiative, a coalition of 34,000 churches in the U.S., which in 2017 pushed the FDA to mandate diversity in all clinical trials. In a letter to then-FDA Commissioner Scott Gottlieb, they wrote, “Simply put, the pharmaceutical community is not going to improve minority participation in clinical trials until the FDA compels them to do so via regulations.”

John Maraganore, chair of the Biotechnology Innovation Organization (BIO), told ProPublica, the issue “is not elevated enough in the discussion on clinical studies.” But he added that there are challenges to enrolling minorities, many beyond the manufacturer’s control, and it would require a “public-private partnership, working with the FDA and NIH [National Institutes of Health].”

Other issues raised are suspicions and distrust of medical experiments based on past scandals. For example, the Tuskegee Syphilis study, where researchers knowingly withheld treatment from black men with syphilis without informed consent in order to study the natural progression of the disease. Another example is the sterilization of thousands of Native American women without their consent.

The FDA draft guidance made numerous recommendations on how to increase diversity in clinical trials, including enrichment, inclusive trial practices and design. There is also something of a trend toward so-called virtual clinical trials, which can help alleviate some of the accessibility issues raised by transportation and economic factors. This was one of the recommendations of the FDA’s draft guidance under “Make Trial Participation Less Burdensome for Participants.”

The guidance stated, “Reduce the frequency of study visits to those needed to appropriately monitor safety and efficacy and consider whether flexibility in visit windows is possible and whether electronic communication (e.g., telephone/mobile telephone, secured electronic mail, social media platforms) or mobile technology tools can be used to replace site visits and provide investigators with real-time data.”

Pointing in the Right Direction

It is clear that companies are making an effort, and that regulators are prodding them in the right direction, even if these efforts cost more and take more time. There is likely a long way to go.

As the ProPublica article noted, “The very relationship of race to drug development is fraught with controversy. Race is primarily seen as a social concept, rather than as a product of measurable biological traits. Yet there’s growing evidence that, whether for environmental or genetic reasons, drugs may have different effects on different populations.”