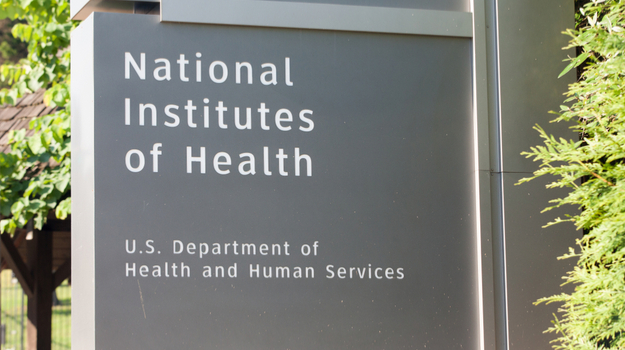 Studies on longer treatment periods with Paxlovid are on the discussion tables. (Mark Van Scyoc/Shutterstock)

With increasing concerns about COVID-19 reinfection, Pfizer and the National Institutes of Health are discussing potential studies regarding a longer treatment period with the antiviral medication, Paxlovid.

Dr. Anthony Fauci, director of the National Institute of Allergy and Infectious Diseases and scientific adviser to the White House, said the plan for the new studies could come over the next few days, Reuters reported this afternoon. During a White House briefing on COVID-19, Fauci pointed out that the rising cases of COVID-19 driven by an Omicron sub-variant are increasing the use of Pfizer’s Paxlovid. So far, more than 660,000 courses of Paxlovid have been administered across the U.S., Reuters said.

However, there is a growing concern that some patients are not shaking the virus as quickly as expected following a treatment regimen of the antiviral. Some continue to experience symptoms, or see a recurrence of their COVID-19 symptoms, following treatment with Paxlovid, Reuters said. Currently, there is no clear indication on the number of patients who are experiencing such a recurrence, or whether or not it is due to the variant type of COVID-19. But, the numbers appear to be enough to warrant such a conversation between America’s top infectious disease expert and Pfizer.

Paxlovid was granted Emergency Use Authorization from the U.S. Food and Drug Administration in December. It was granted EUA for the treatment of high-risk adults and pediatric patients 12 years and older who have been diagnosed with COVID-19 and are at serious risk of hospitalization. A combination of nirmatrelvir and ritonavir tablets, during clinical trials, Paxlovid significantly reduced the risk of hospitalization or death by 89% compared to placebo in non-hospitalized, high-risk adults with COVID-19 within three days of symptom-onset. However, even then, there were cases of a recurrence of symptoms in some clinical trial patients.

Pfizer Chief Executive Officer Albert Bourla has suggested that those patients who experience a recurrence of symptoms should undergo a second round of treatment with Paxlovid. As BioSpace previously reported, Bourla said if symptoms reoccur, “then you give a second course, like you do with antibiotics, and that's it.”

However, the FDA has balked at that suggestion. Dr. John Farley, director of the FDA's Office of Infectious Diseases, argued that there is no evidence of benefit for a longer course of treatment, such as 10 days instead of the current five days of administration, or a second five-day round of treatment.

While Pfizer may undertake these additional studies, as BioSpace reported earlier Wednesday, the pharma giant has so far reportedly resisted requests to use Paxlovid in combination studies. The nonprofit Drugs for Neglected Diseases Initiative said that Pfizer rejected a January request to offer doses of Paxlovid to be used in a study alongside an inhaled steroid in Africa.

Also Wednesday, Indianapolis-based Eli Lilly said studies have confirmed that bebtelovimab, the company’s monoclonal antibody against COVID-19, is effective against all variants of the SARS-CoV-2 virus, including BA.2, which is currently the dominant strain in the U.S., Seeking Alpha reported.