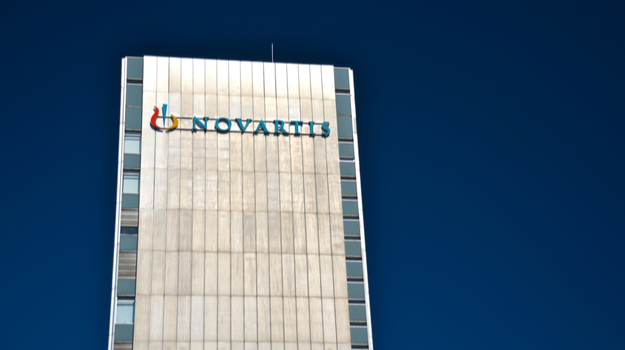 Novartis and BeiGene have bookended 2021 with collaborative deals. In January, Novartis licensed the China-based company’s checkpoint inhibitor, tislelizumab. This morning, the Swiss pharma giant announced it has licensed ociperlimab, a late-stage TIGIT inhibitor, to bolster its immunotherapy pipeline.

BeiGene’s ociperlimab is designed to block the TIGIT protein receptor. BeiGene is assessing the asset in two Phase III lung cancer studies in combination with the anti-PD-1 asset tislelizumab. Additional studies with ociperlimab in a range of solid tumors are also underway.

Novartis said the development of ociperlimab in advanced non-small cell lung cancer is complementary to the company’s development plan for the checkpoint inhibitor tislelizumab that was licensed at the beginning of 2021. Early research suggests TIGIT inhibitors may play a role against a broad range of tumors, including lung, esophageal, gastric, breast cancer and melanoma.

Susanne Schaffert, president of Novartis Oncology, said the inclusion of ociperlimab to the Novartis oncology pipeline will enable the company to advance the next wave of innovation in cancer treatments and that ociperlimab has the potential to be a transformative therapy for solid tumors.

“Ociperlimab is a promising late-stage compound in non-small cell lung cancer, with potential in a wide range of solid tumors. We believe it is a strong candidate for potentially synergistic combination with the PD-1 inhibitor tislelizumab,” Schaffert said in a statement. “We’re proud of the strong and innovative partnership we’ve established with BeiGene, as it builds on our previous collaboration with tislelizumab and will continue to help us reimagine medicine for people living with cancer.”

Targeting TIGIT offers a mechanism that could potentially rescue immune cells such as T-cells, NK cells and dendritic cells from the immunosuppressive tumor microenvironment and give them rein to initiate an anti-tumor immune response. Novartis noted that the TIGIT pathway, as it’s understood, can cooperate with PD-1 to “maximize the suppression of effector tumor infiltrating immune cells as well as to promote resistance to anti-PD-1 therapy.”

Under terms of the latest licensing deal, Novartis provided BeiGene with $300 million in an upfront payment. If Novartis pulls the trigger on its option with ociperlimab before the end of 2023, the company will pay another $700 million to BeiGene. The option will allow Novartis to obtain development and commercialization rights to ociperlimab in the United States, Europe, the United Kingdom and other select markets across the globe. BeiGene will retain the rights in China.

In addition to the licensing agreement for ociperlimab, Novartis and BeiGene strengthened their relationship with a commercial deal that will see BeiGene promote several Novartis’ oncology medications in China, particularly in areas where Novartis does not have a commercial presence.

The companies did not disclose which Novartis products would be part of the deal. Novartis said this agreement will expand the company’s presence in China, where more cancer treatment options are in need.

In addition to its expanding partnership with BeiGene, Novartis also announced the topline results from the PEARL 1 and PEARL 2 Phase III studies of ligelizumab in chronic spontaneous urticaria (CSU). Both studies met the primary endpoint of superiority against placebo at 12 weeks. However, ligelizumab failed to hold up against Xolair (omalizumab), which Novartis co-developed alongside Genentech. Xolair has become a standard of care for CSU since it was first approved for the indication in 2014.

CSU is a systemic skin disease that is characterized by spontaneous and recurrent hives on the body.

The results were disappointing for Novartis, particularly after ligelizumab, a monoclonal anti-immunoglobulin (Ig) E antibody, achieved a higher rate of complete resolution of hives compared to Xolair in a Phase IIb dose-finding study. John Tsai, chief medical officer and head of Global Drug Development at Novartis, expressed his disappointment in the Phase III data. He said the company will continue to evaluate the potential of ligelizumab in the areas of chronic inducible urticaria (CIndU) and food allergy, where there is a significant unmet need.

That doesn’t mean the company is through with finding other options for CSU. Novartis launched a Phase III study of remibrutinib, a highly selective, potent oral BTK inhibitor that has previously shown “rapid and effective CSU disease control.”