Rani is Opening Doors in Biosimilars, Challenging Humira and Others 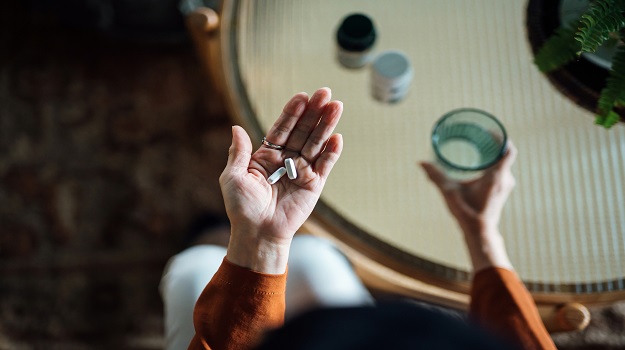 San Jose-based Rani Therapeutics reported its fourth quarter and full-year 2021 financial results, as well as several corporate updates. The company hit major milestones this year, including the recent launch of the RaniPill High Capacity, which opens doors for significant developments in biosimilars.

Rani has been on the radar of major life science investors for years. The company caught the eye of funders such as AstraZeneca, Novartis AG and GV (formerly Google Ventures, the investment arm of Google) as early as 2013. In rounds of financing that totaled over $142 million, Rani has piqued investors’ interest with its flagship product, the RaniPill.

The RaniPill is a dissolvable robotic pill that navigates through the stomach and into the small intestines, where it injects medication into the intestinal wall using a microneedle. This method is a less painful way to take medications that are usually given by injection. Additionally, the robotic pill is designed to deliver large molecule drugs, making it especially useful for therapies such as basal insulin, human growth hormones, rheumatoid arthritis medications, Humira and other biosimilars.

One of the biggest announcements in the Q4/2021 year-end report was that last month, Rani came out with a next-gen version: the RaniPill High Capacity. The new pill can deliver a therapeutic payload of up to 18 milligrams, up from only three in the original product.

“This is a quantum leap for the company. It means we can now go after goals like therapeutic monoclonal antibodies for immunology, oncology and rare diseases. Many treatments for those conditions require higher doses of medication, which we can now achieve,” said Talat Imran, CEO of Rani, in an interview with BioSpace.

The higher capacity development could change the landscape of biosimilars. The company’s press release says that the higher doses available with the RaniPill HC add over 50 biologic drug candidates, including Humira.

Humira, an immunology therapy made by AbbVie, is the world’s best-selling drug, and has been for several years. In 2020, profits from Humira topped $19.83 billion. One of Rani’s next goals is to create a Humira biosimilar drug. The RaniPill has already done well in first-in-human trials administering Humira, so this could be a serious competitor for AbbVie.

Another milestone for the company was initiating a Phase I clinical study of RT-102, a RaniPill capsule of teriparatide, a parathyroid hormone treatment for osteoporosis. The study focuses on the pharmacokinetics and safety of the drug. Topline results are expected to be available in the second half of 2022.

“The catch to teriparatide is that it’s a hormone. You can’t do extended-release pills and you can’t just up the dose, so patients usually have to go into an office to get the injection. It’s also usually prescribed post-fracture as a reactive measure. There are millions of women in the US who have osteoporosis, but for some of them, daily injections are not feasible financially or travel-wise. With the RaniPill, physicians can start patients on daily doses sooner before there’s a major bone fracture or break. This trial is seeing if we can get similar PK (pharmacokinetics) to injections from the RaniPill to make this treatment more accessible,” Imran explained.

Other company updates included the addition of Lisa Rometty and Lyn Baranowski, both seasoned biotech executives, to the board of directors. The company also reported 2021 year-end cash equivalents of $117.5 million, up from $73.1 million at the end of 2020.

As Rani continues to make strides, its next goal is to initiate an additional Phase I clinical trial for RT-102. Other objectives include RaniPill clinical trials with human growth hormone hypothyroid drugs as the next targets.