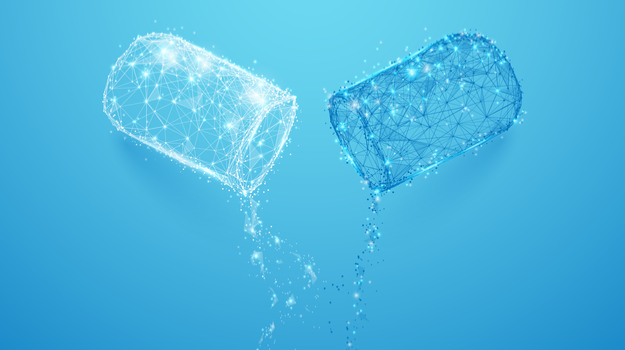 Most people would prefer to take a pill over an injection, and even an injection over an infusion. But not all drugs can be taken orally. In particular, this applies to most biologics, including insulin.

Rani Therapeutics, based in San Jose, Calif., announced the first human trial of its RaniPill, which is designed to replace injections of biologics. The company had already performed more than 100 studies in animals to deliver drugs like insulin and Humira.

The reason most biologics can’t be injected is because they are too quickly and easily broken down in the digestive system. The RaniPill, a so-called “robotic pill,” is designed to perform the injection inside the body, into the intestine.

The RaniPill has an enteric coating that protects itself from stomach acid. When the pill moves into the intestine, where the pH level is higher, the coating dissolves, causing a chemical reaction that inflates a balloon. The pressure in the balloon pushes a dissolvable microneedle containing the drug into the intestinal wall.

This is similar to recent research by the Massachusetts Institute of Technology (MIT), which developed a capsule about the size of a blueberry that holds a tiny needle that, after being swallowed, injects insulin into the stomach. The tip of the needle is built of almost 100 percent compressed, freeze-dried insulin. The needle’s shaft is built from a biodegradable material that doesn’t enter the stomach wall. The needle is attached to a tiny compressed spring held in place by a disk of sugar, all within the capsule.

When swallowed, water in the stomach dissolves the sugar disk, releases the spring, injecting the needle into the stomach wall. The stomach wall does not have pain receptors, so it’s unlikely patients would feel the injection. To date, MIT’s work has been conducted successfully in animals.

The Rani Therapeutics product has now successfully been used in people in an early-stage trial.

The human trial was conducted at a Clinical Research Organization (CRO) in Texas under Investigational Review Board (IRB) approval. Ten subjects were broken into two groups, one that ate before taking the pill and one that fasted. Each patient swallowed a RaniPill that had no drugs, which allowed the team to focus on the safety and tolerability of the device alone. X-rays were used to track the pills every 30 minutes.

The patients did not describe any sensation of the pill inflating or deploying and successfully passed the remnants of the pill. It was well tolerated with no adverse events. There was similar intestinal deployment for both groups. The company expects to conduct another human trial later this year that will use a drug-filled resorbable needle.

“This is a first-of-its-kind innovation that combines a range of disciplines from engineering, chemistry and materials science to anatomy, physiology, and biochemistry to convert injectable drugs into pills,” stated Mir Imran, Rani’s chairman and chief executive officer. “The safety and tolerability of the RaniPill capsule in this first human study give us confidence in our platform as we prepare for human testing of the RaniPill capsule with octreotide (a drug for the treatment of acromegaly) in the coming months.”

The company indicates they chose octreotide because it is off patent and available from a qualified supplier. It also has plans, contingent on additional financing, to test four other biologic drugs that have the same qualifications.

Rani Therapeutics has raised $142 million over the last seven years, with investors including GV (formerly Google Ventures), Novartis, AstraZeneca and InCube Ventures. The company plans to look for additional financing later this year or in early 2020, probably in the range of $100 million to $200 million.

Given that seven of the 10 top-selling drugs by sales in the U.S. are biologics, and the majority of the highest-priced, new drugs are biologics, the interest in this type of technology among investors and the industry is likely to be very high.

In a recent article in Science, Samir Mitragotri, a biomedical engineer at Harvard University, said, “This field is really at an exciting state. I think it’s going to completely transform how patients take drugs.”